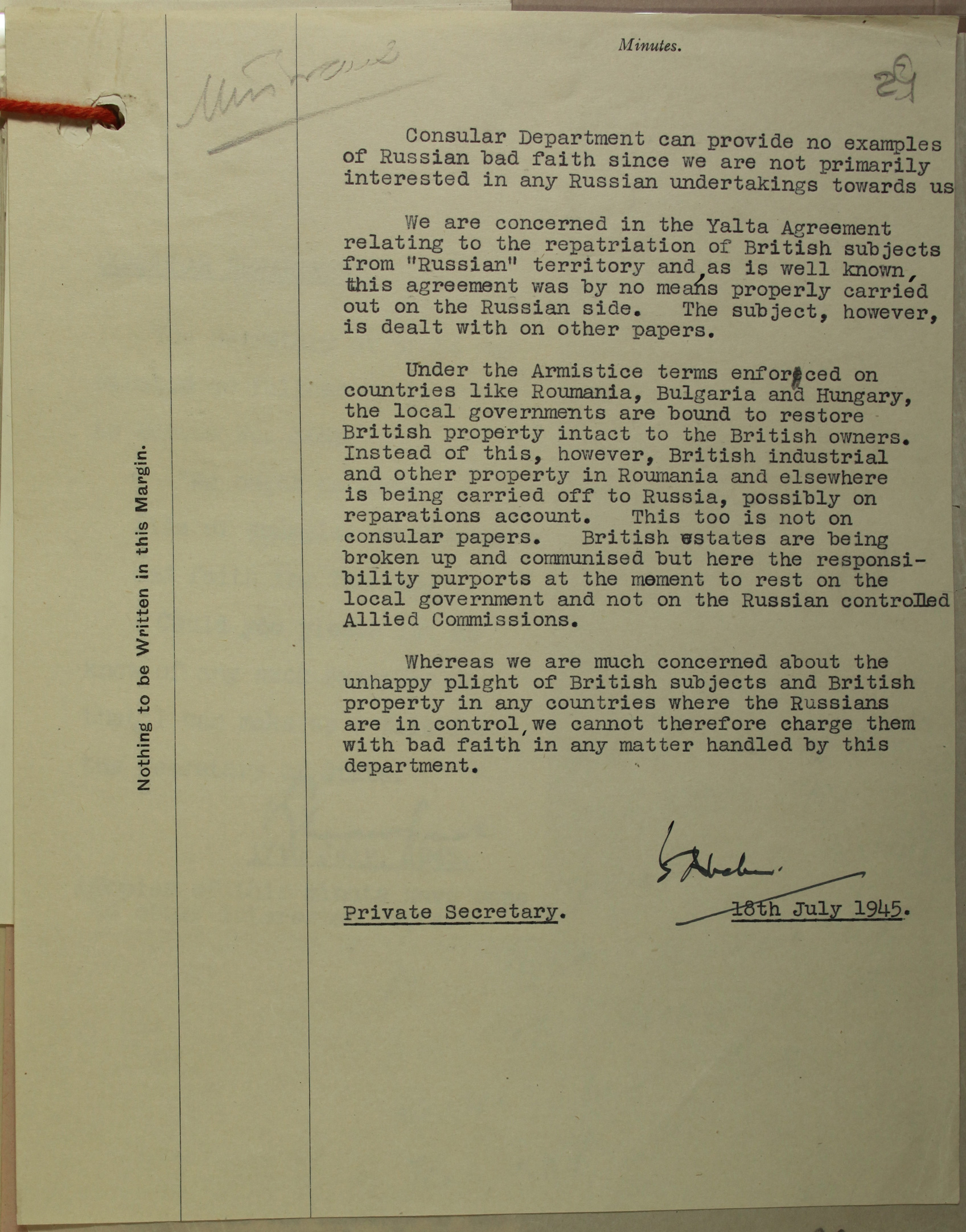 Foreign Office document from July 1945 listing examples of bad faith by the USSR after the war had ended (Catalogue ref: FO 371/47964)

Consular Department can provide no examples of Russian bad faith since we are not primarily interested in any Russia undertakings towards us.

We are concerned in the Yalta Agreement relating to the repatriation of British subjects from “Russian” territory as is well known, this agreement was by no means properly carried out on the Russian side. The subject however, is dealt with in other papers.

Under the Armistice terms enforced on countries like Roumania, Bulgaria and Hungary, the local governments are bound to restore British property intact to the British owners. Instead of this, however, British industrial and other property in Roumania and elsewhere is being carried off to Russia, possibly on reparations account. This too is not on consular papers. British estates are being broken up and communised but here the responsibility purports at the moment to rest on the local government and not on the Russian controlled Allied Commissions.

Whereas we are much concerned about the unhappy plight of British subjects and British property in any countries where the Russians are in control we cannot therefore charge them with bad faith in any matter handled by this department.