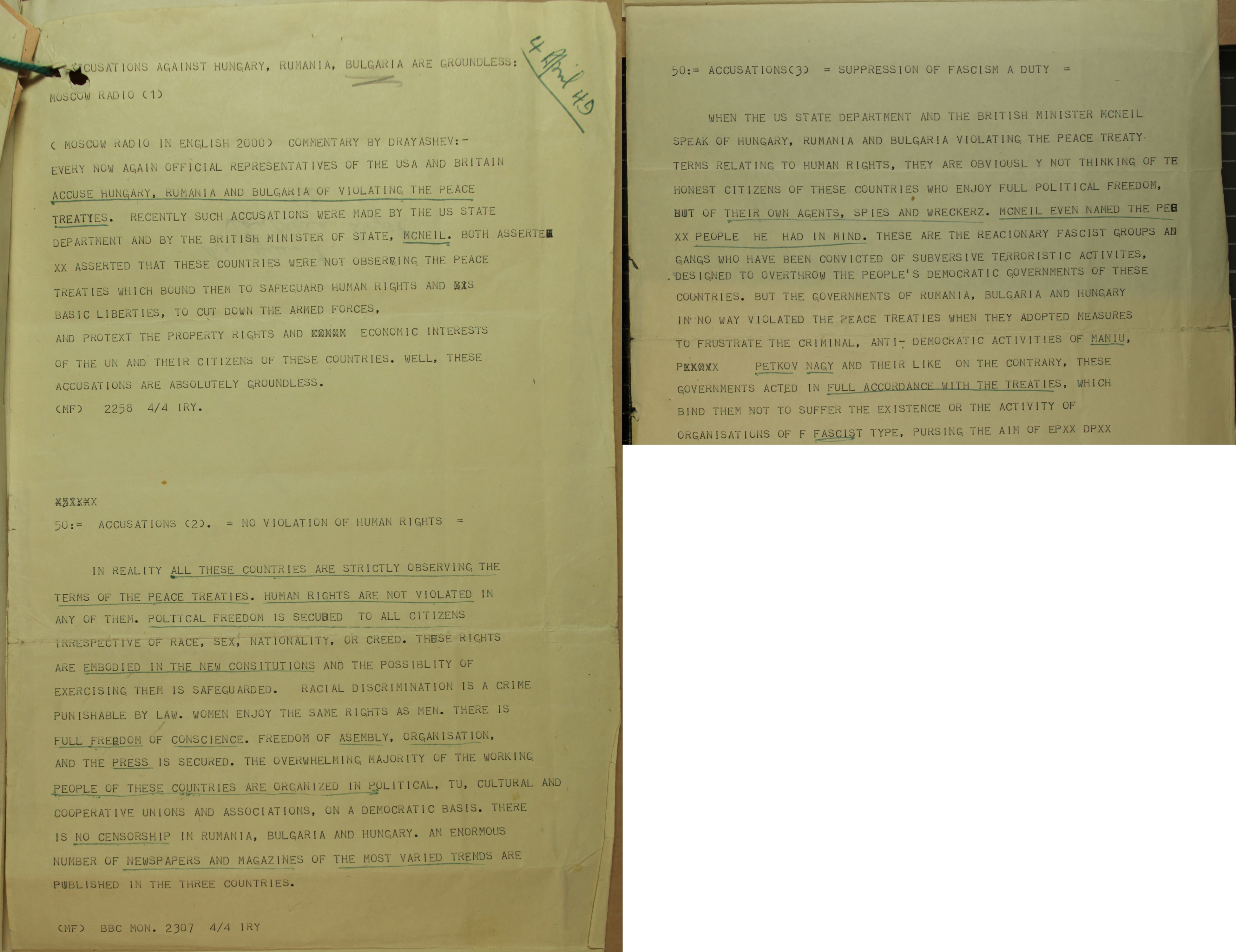 Every now and again official representatives of the USA and Britain accuse Hungary, Rumania and Bulgaria of violating the peace treaties. Recently such accusations were made by the US State Department and the British Minister of state, McNeil. Both asserted that these countries were not observing the peace treaties which bound them to safeguard human rights and economic interests of the UN and their citizens in these countries. Well, these accusations are absolutely groundless.

In reality, all these countries are strictly observing the terms of the peace treaties. Human rights are not violated in any of them. Political freedom is secured to all citizens irrespective of race, sex, nationality or creed. These rights are embodied in the new constitutions and the possibility of exercising them is safeguarded. Racial discrimination is a crime punishable by law. Women enjoy the same rights as men. There is full freedom of conscience. Freedom of assembly, organisation and the press is secured. The overwhelming majority of the working people of these countries is organised in political TU [Trade Union], cultural and cooperative unions and associations on a democratic basis. There is no censorship in Rumania, Bulgaria and Hungary. An enormous number of newspapers and magazines of the most varied trends are published in the three countries.

When the US state Department and the British Minister McNeil speak of Hungary, Rumania and Bulgaria violating the peace treaty relating to human rights, they are obviously not thinking of honest citizens of these countries who enjoy full political freedom, but of their own agents, spies and wreckers. McNeil even named the people he had in mind. These are the reactionary Fascist groups and gangs who have been convicted of subversive terroristic activities, designed to overthrow the people’s democratic governments of these countries. But the governments of Rumania, Hungary and Bulgaria in no way violated the peace treaties when they adopted measures to frustrate the criminal, anti-democratic activities of Maniu, Petkov, Nagy and their like. On the contrary, these governments acted in full accordance with the treaties, which bind them not to suffer the existence or the activity of organisations of Fascist type …