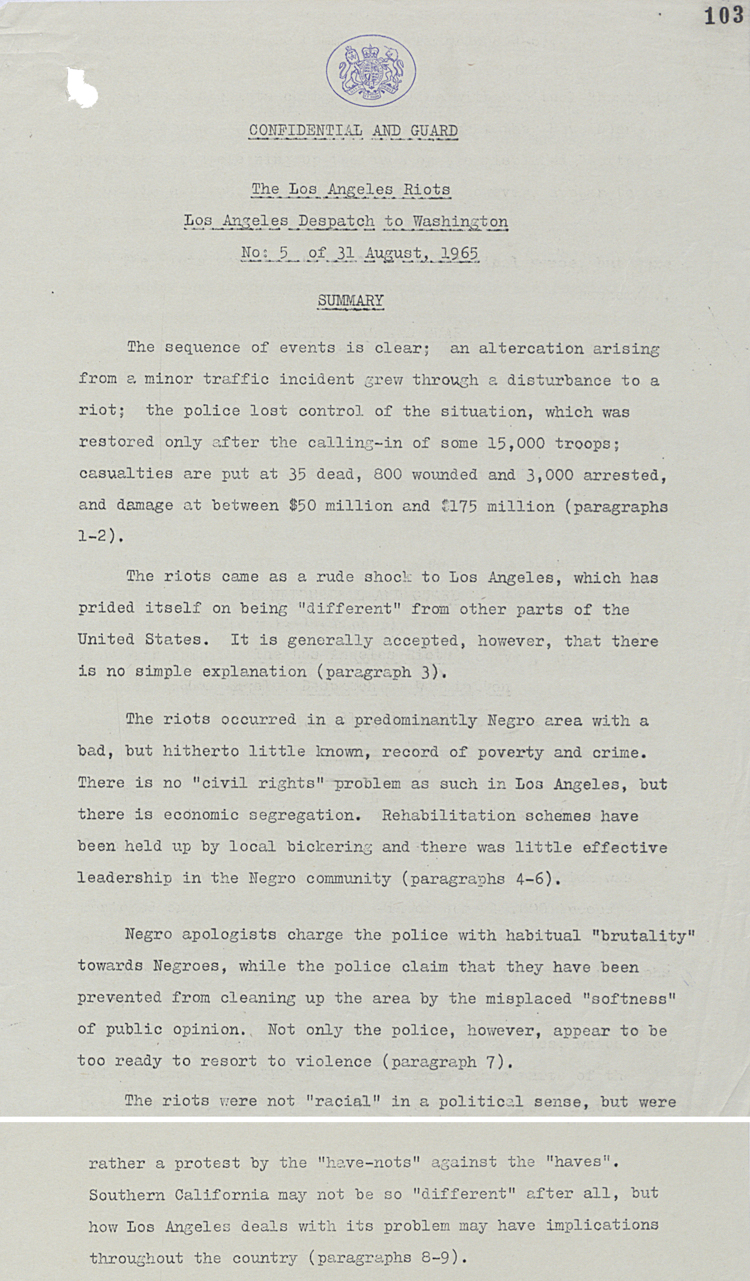 The sequence of events is clear; an altercation arising from a minor traffic incident grew through a disturbance to a riot; the police lost control of the situation, which was restored only after the calling in of some 15,000 troops; casualties are put at 35 dead, 800 wounded and 3,000 arrested, and damage at between $50 million and $175 million (paragraphs 1-2).

The riots came as a rude shock to Los Angeles, which has prided itself on being “different” from other parts of the United States. It is generally accepted, however, that there is no simple explanation (paragraph 3).

The riots occurred in a predominantly Negro area with a bad, but hitherto little known, record of poverty and crime. There is no “civil rights” problem as such in Los Angeles, but there is economic segregation. Rehabilitation schemes have been held up by local bickering and there was little effective leadership in the Negro community (paragraphs 4-6).

Negro apologists charge the police with habitual “brutality” towards Negroes, while the police claim that they have been prevented from cleaning up the area by the misplaced “softness” of public opinion. Not only the police, however, appear to be too ready to resort to violence (paragraph 7).

The riots were not “racial” in a political sense, but were rather a protest by the “have-nots” against the “haves”. Southern California may not be so “different” after all, but how Los Angeles deals with it.