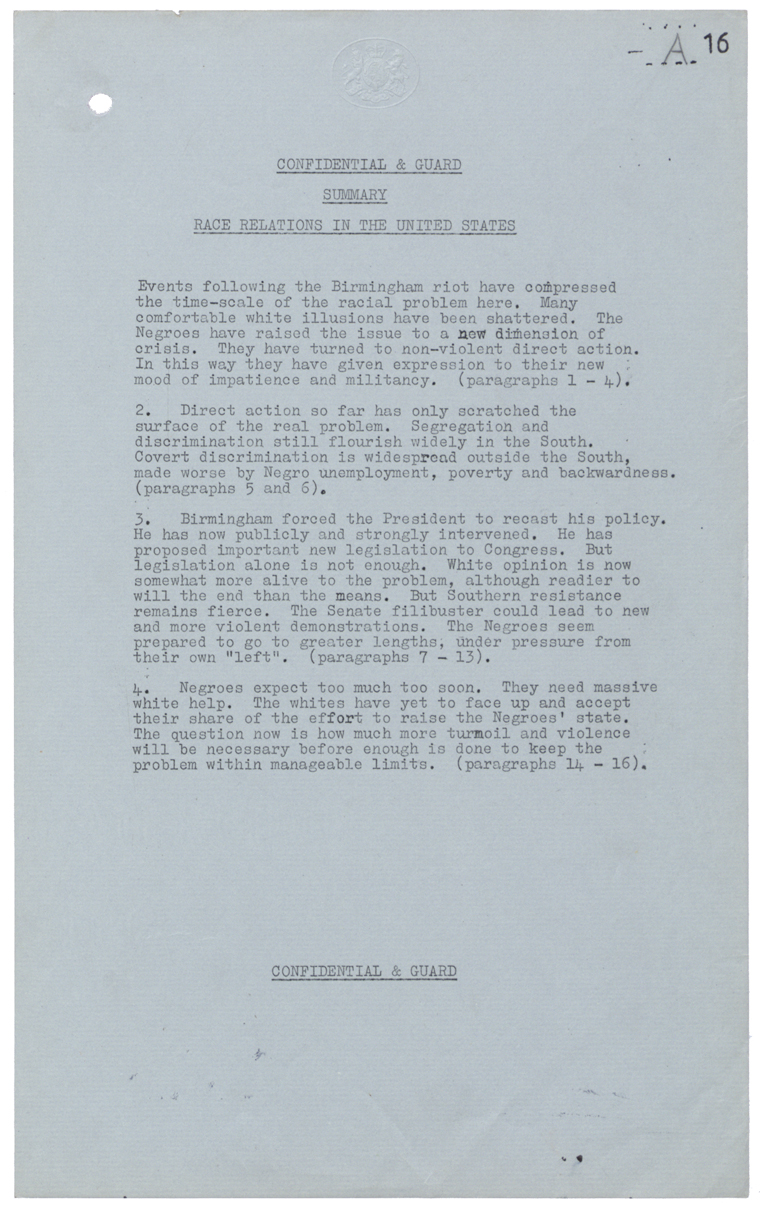 RACE RELATIONS IN THE UNITED STATES

Events following the Birmingham riot have compressed the time-scale of the racial problem here. Many comfortable white illusions have been shattered. The Negroes have raised the issue to a new dimension of crisis. They have turned to non-violent direct action. In this way they have given expression to their new mood of impatience and militancy. (paragraphs 1 – 4).

2. Direct action so far has only scratched the surface of the real problem. Segregation and discrimination still flourish widely in the South. Covert discrimination is widespread outside the South, made worse by Negro unemployment, poverty and backwardness. (paragraphs 5 and 6).

3. Birmingham forced the President to recast his policy. He has publicly and strongly intervened. He has proposed important new legislation to Congress. But legislation alone is not enough. White opinion is now somewhat more alive to the problem, although readier to will the end than the means. But Southern resistance remains fierce. The Senate filibuster could lead to new and more violent demonstrations. The Negroes seem prepared to go to greater lengths, under pressure from their own “left”. (paragraphs 7 – 13).

4. Negroes expect too much too soon. They need massive white help. The whites have yet to face up and accept their share of the effort to raise the Negroes’ state. The question now is how much more turmoil and violence will be necessary before enough is done to keep the problem within manageable limits. (paragraphs 14 – 16).