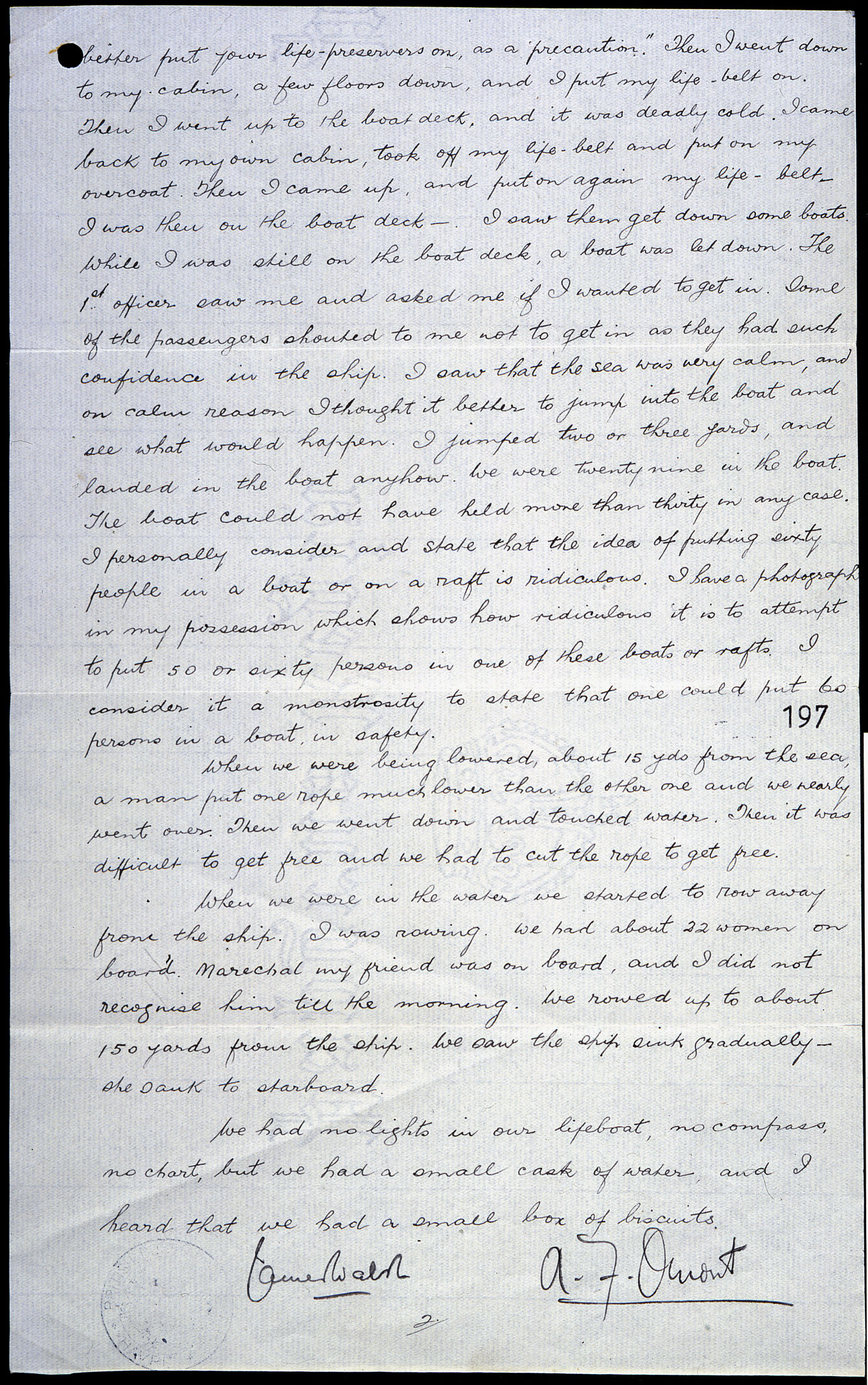 Then I went down to my cabin, a few floors down, and I put my life-belt on. Then I went up to the boat deck, and it was deadly cold. I came back to my own cabin, took off my life belt and put on my overcoat. Then I came up, and put on again my life-belt- I was then on the boat deck – I saw them get down some boats. While I was still on the boat deck, a boat was let down. The 1st officer saw me and asked me if I wanted to get it. Some of the passengers shouted to me not to get in as they had such confidence in the ship. I saw that the sea was very calm, and on calm reason I thought it better to jump into the boat and see what would happen. I jumped two or three yards, and landed in the boat anyhow. We were twenty nine in the boat. The boat could not have held more than thirty in any case. I personally consider and state that the idea of putting sixty people in a boat or on a raft is ridiculous. I have a photograph in my possession which shows how ridiculous it is to attempt to put 50 or sixty persons in one of these boats or rafts. I consider it a monstrosity to state that one could put 60 persons in a boat, in safety.

When we were being lowered, about 15 yds from the sea, a man put one rope much lower than the other one and we nearly went over. Then we went down toward the water. Then it was difficult to get free and we had to cut the rope to get free.

When we were in the water we started to row away from the ship. I was rowing. We had about 22 women on board Marechal my friend was on board, and I did not recognise him till the morning. We rowed up to about 150 yards from the ship. We saw the ship sink gradually – she sank to starboard.

« Return to Disaster at Sea

Read Alfred’s personal experience, what details match with information you have discovered so far? Are there any differences?