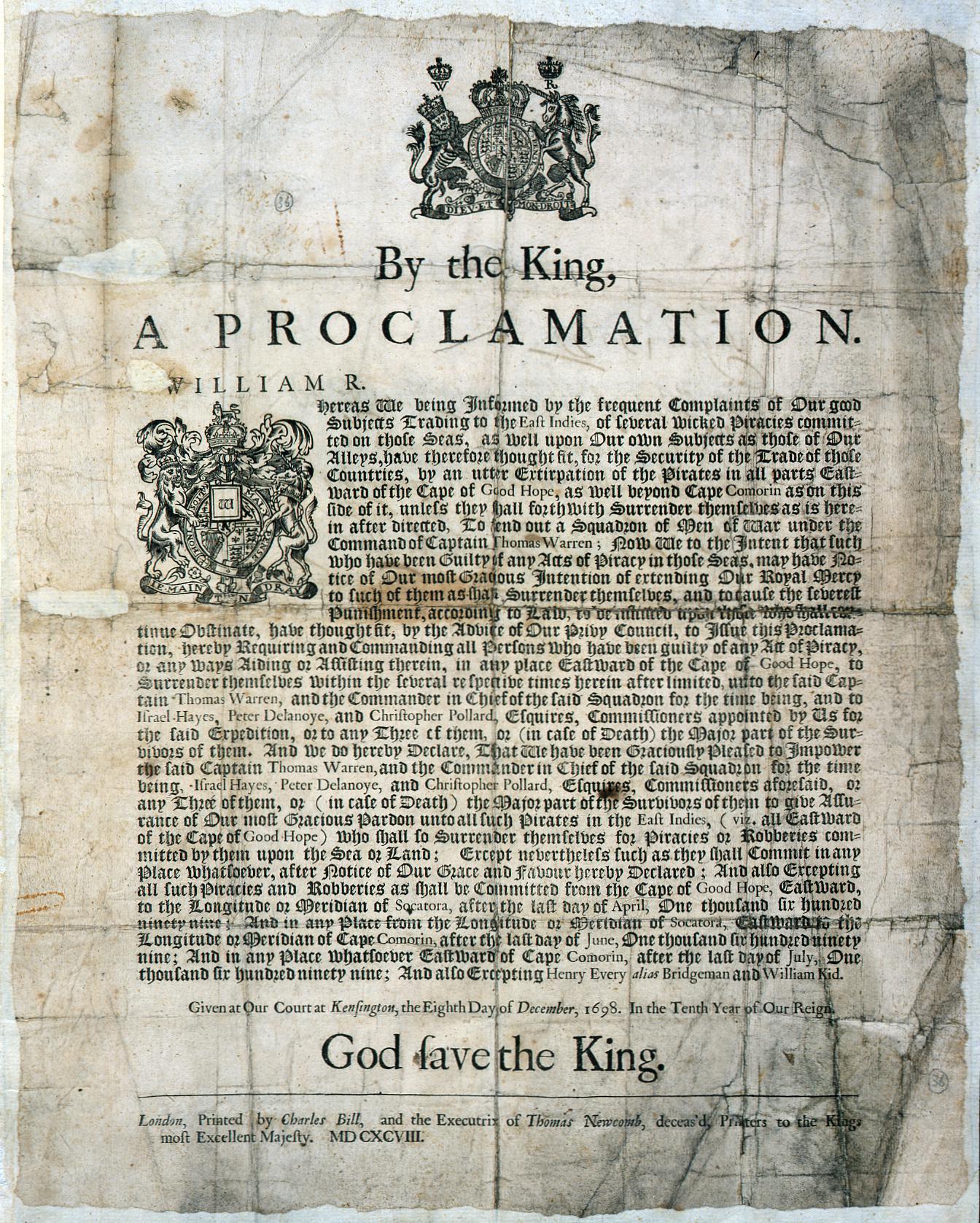 By the King, A Proclamation.

Hereas We being informed by the frequent Complaints of Our Good subjects trading to the East Indies, of several wicked piracies committed on those seas, as well as upon Our own Subjects as those of Our Alleys [Allies], have therefore thought fit, for the Security of Trade of those countries, by an utter Extirpation of the Pirates in all parts Eastward of the Cape of Good Hope, as well beyond Cape Comorin as on this side of it, unless they shall forthwith Surrender themselves as is herein after directed, To lend out a Squadron of Men of War under the Command of Captain Thomas Warren; Now we to the Intent that such who have been guilty of any Acts of Piracy in those Seas, may have notice of Our most Gracious Intention of extending Our Royal Mercy to such of them as that Surrender themselves.

By the King, A public announcement

I have been told that there have been lots of pirate attacks on our allies, as well as on us, in the East Indies and between the Cape of Good Hope and Cape Comorin.  Unless the pirates surrender, I shall send out navy sailors.  I am also extending my Royal Mercy [pardon] to those who are guilty of being pirates, as long as they surrender themselves.