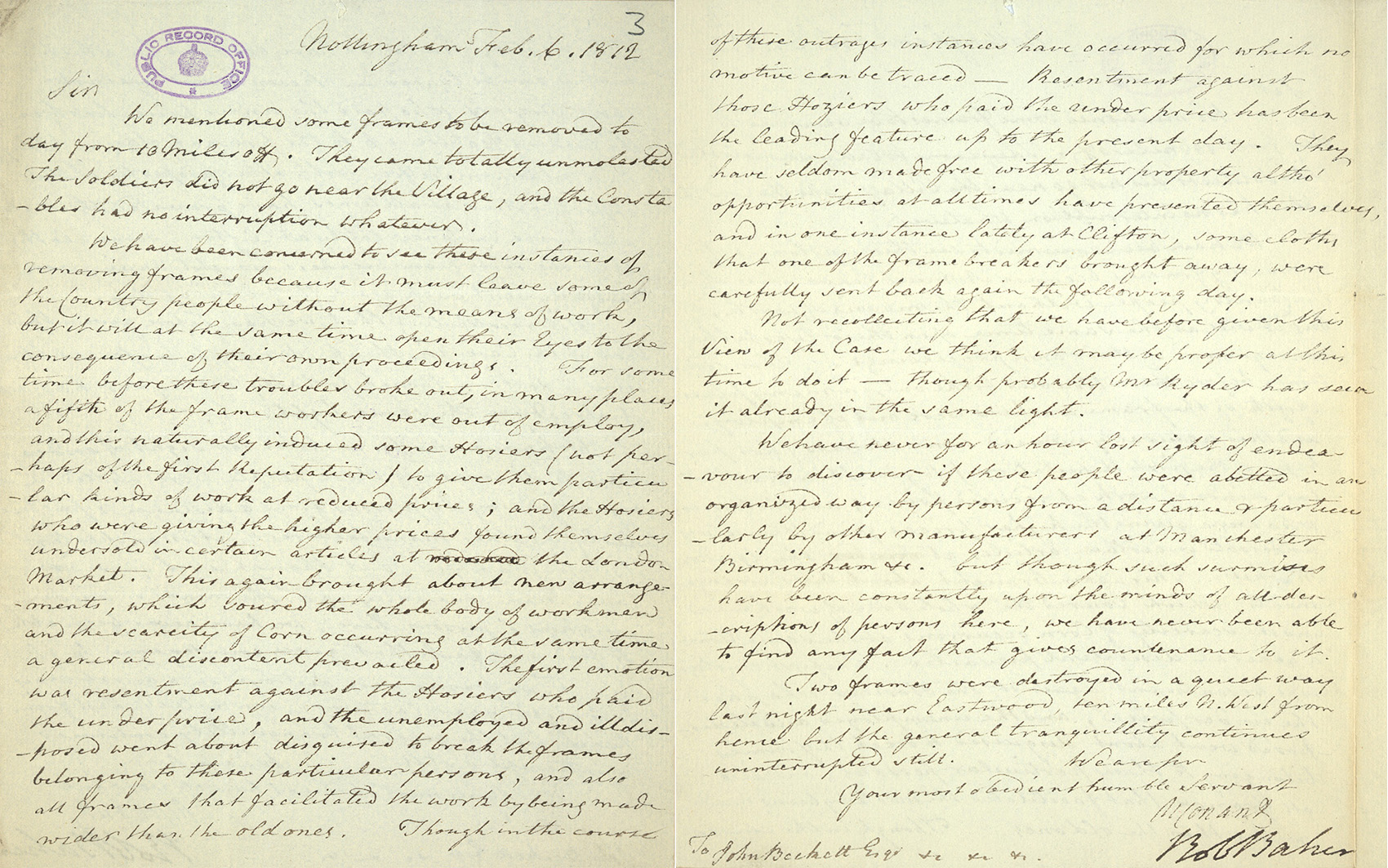 We mentioned some frames to be removed today from 10 miles off. They came totally unmolested [undamaged]. The soldiers did not go near the village, and the constables had no interruption whatever.

We have been concerned to see these instances of removing frames because it must leave some of the country people without the means of work, but it will at the same time open their eyes to the consequence of their own proceedings. For some time before these troubles broke out, in many places a fifth of the frame workers were out of employ, and this naturally induced some hosiers (not perhaps of the first reputation) to give them particular kinds of work at reduced prices; and the hosiers who were giving the higher prices found themselves undersold in certain articles at the London Market.

This again brought about new arrangements, which soured the whole body of workmen and the scarcity of corn occurring at the same time a general discontent prevailed. The first emotion was resentment against the hosiers who paid the under-prices and the unemployed and ill-disposed went about disguised to break the frames belonging to these particular persons, and also all frames that facilitated the work by being made wider than the old ones. Though in the course of these outrages instances have occurred for which no motive can be traced – resentment against those hosiers who paid the under-price has been the leading feature up to the present day. They have seldom made free with other property although opportunities at all times have presented themselves, and in one instance lately at Clifton, some cloths that one of the frame breakers brought away, were carefully sent back again the following day.

Not recollecting that we have before given this view of the case we think it may be proper at this time to do it—though probably Mr Ryder has seen it already in the same light.

We have never for an hour lost sight of endeavour discover if these people were abetted [encouraged] in an organized way by persons from a distance and particularly by other manufacturers at Manchester, Birmingham etc., but though such surmises have been constantly upon minds of all descriptions of persons here, we have never been able to find any fact that gives countenance [proof] to it.

Your most obedient humble servant