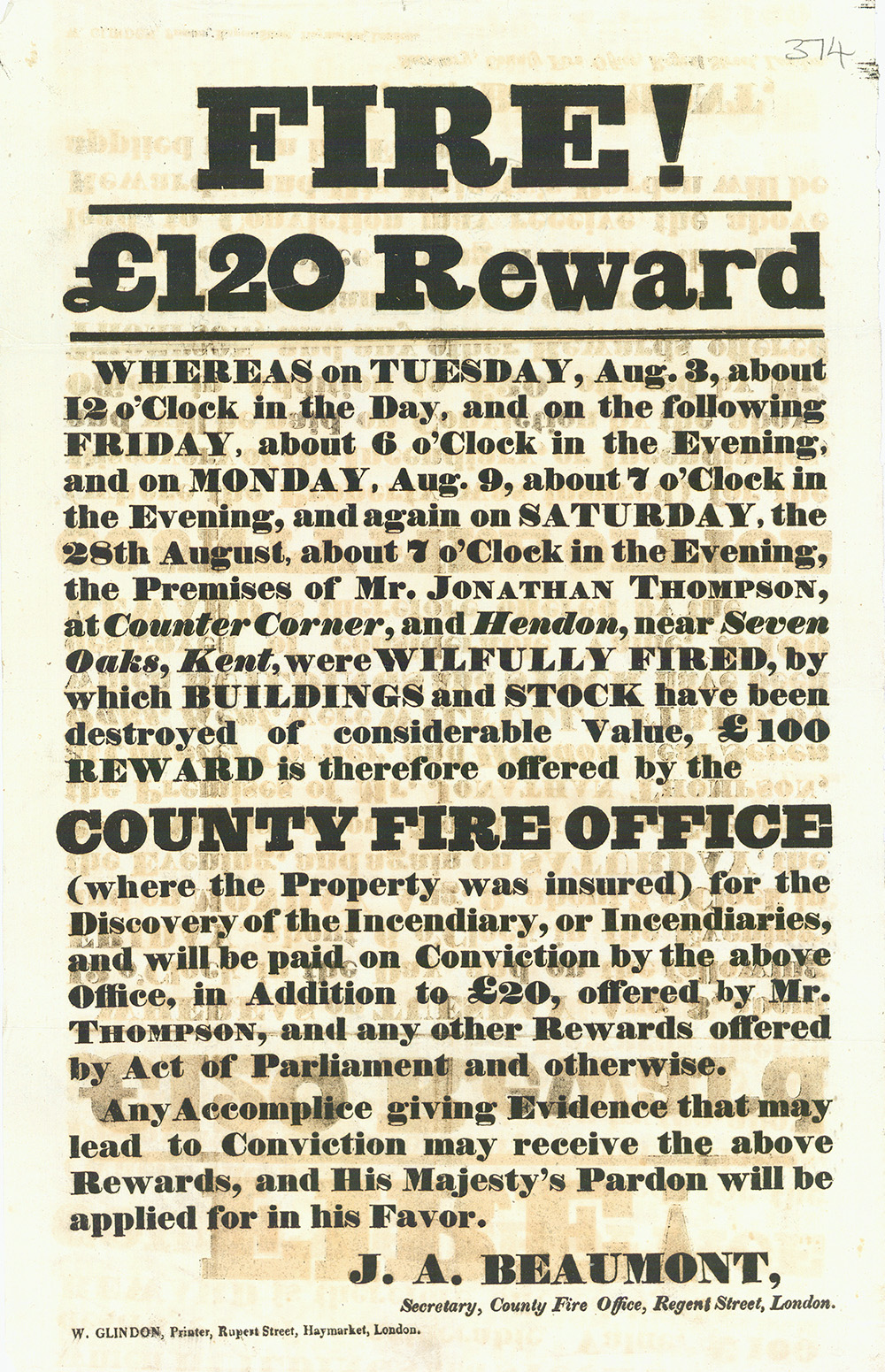 (where the Property was insured) for the Discovery of the Incendiary, or Incendiaries, and will be paid on Conviction by the above Office, in Addition to £20, offered by Mr. THOMPSON, and any other Rewards offered by Act of Parliament and otherwise.

Any Accomplice giving Evidence that may lead to Conviction may receive the above Rewards, and His Majesty’s Pardon will be applied for in his Favor.