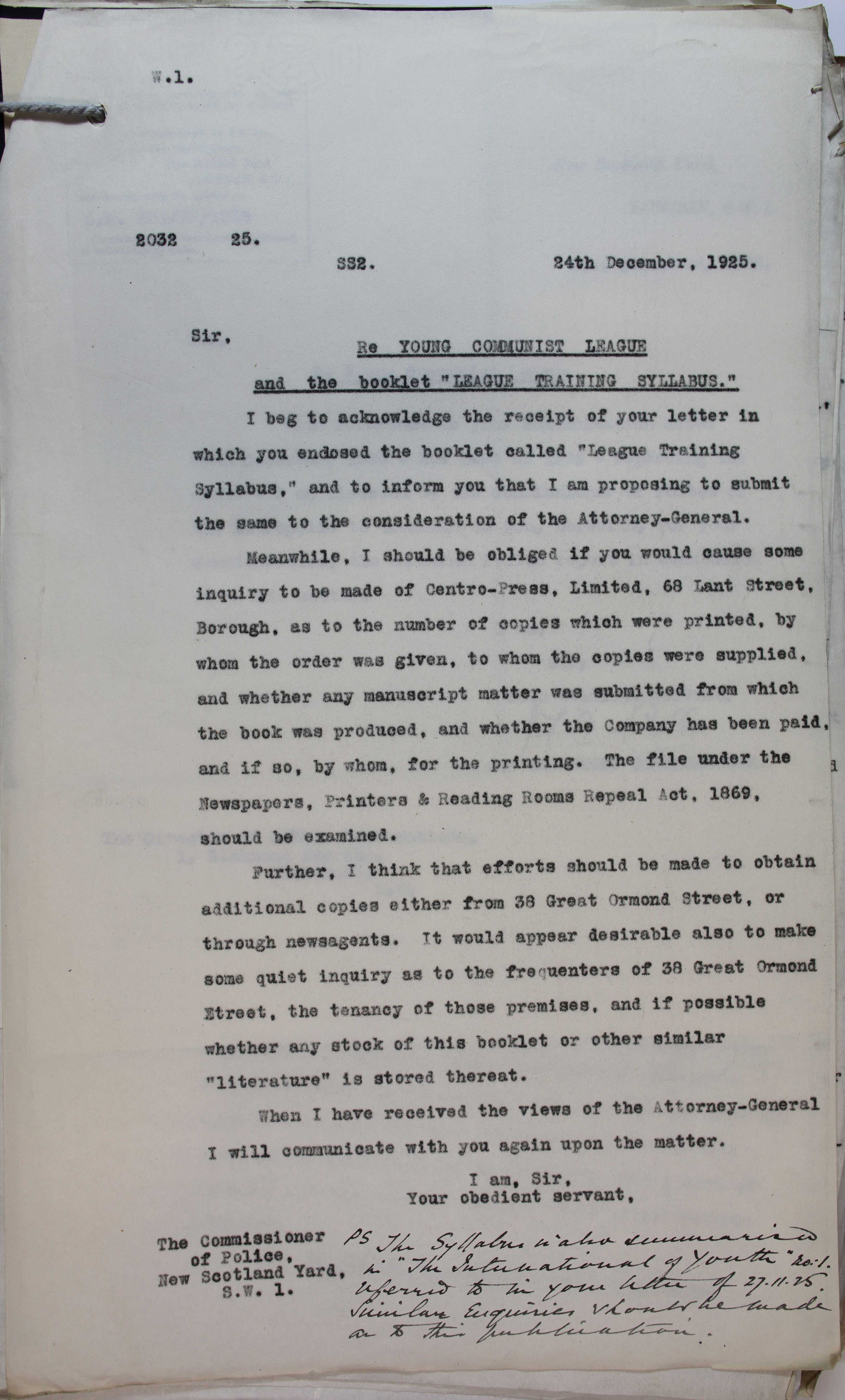 Letter about the Young Communist League and their Training Syllabus, 1925 (Catalogue ref: DPP 1/109)

and the booklet “LEAGUE TRAINING SYLLABUS.”

I beg to acknowledge the receipt of your letter in which you enclosed the booklet called “League training Syllabus”, and to inform you that I am proposing to submit the same to the consideration of the Attorney-General.

Meanwhile, I should be obliged if you would cause some inquiry to be made of Centro-Press, Limited, 68 Lant Street, Borough, as to the number of copies which were printed, by whom the order was given, to whom the copies were supplied, and whether any manuscript matter was submitted from which the book was produced, and whether the Company has been paid and if so, by whom, for the printing. The file under the Newspapers, Printers & Reading Rooms Repeal Act, 1869, should be examined.

Further I think that efforts should be made to obtain additional copies either from 38 Great Ormond Street, or through newsagents. It would appear desirable also to make some quiet inquiry as to the frequenters of 38 Great Ormond Street, the tenancy of those premises, and if possible whether any stock of this booklet other similar “literature” is stored thereat.

When I have received the views of the Attorney-General I will communicate with you again on this matter.

P.S. The Syllabus is also summarised in “The International of Youth” No.1. Referred to in your letter of 27.11.25. Similar enquiries … be made in to this publication.