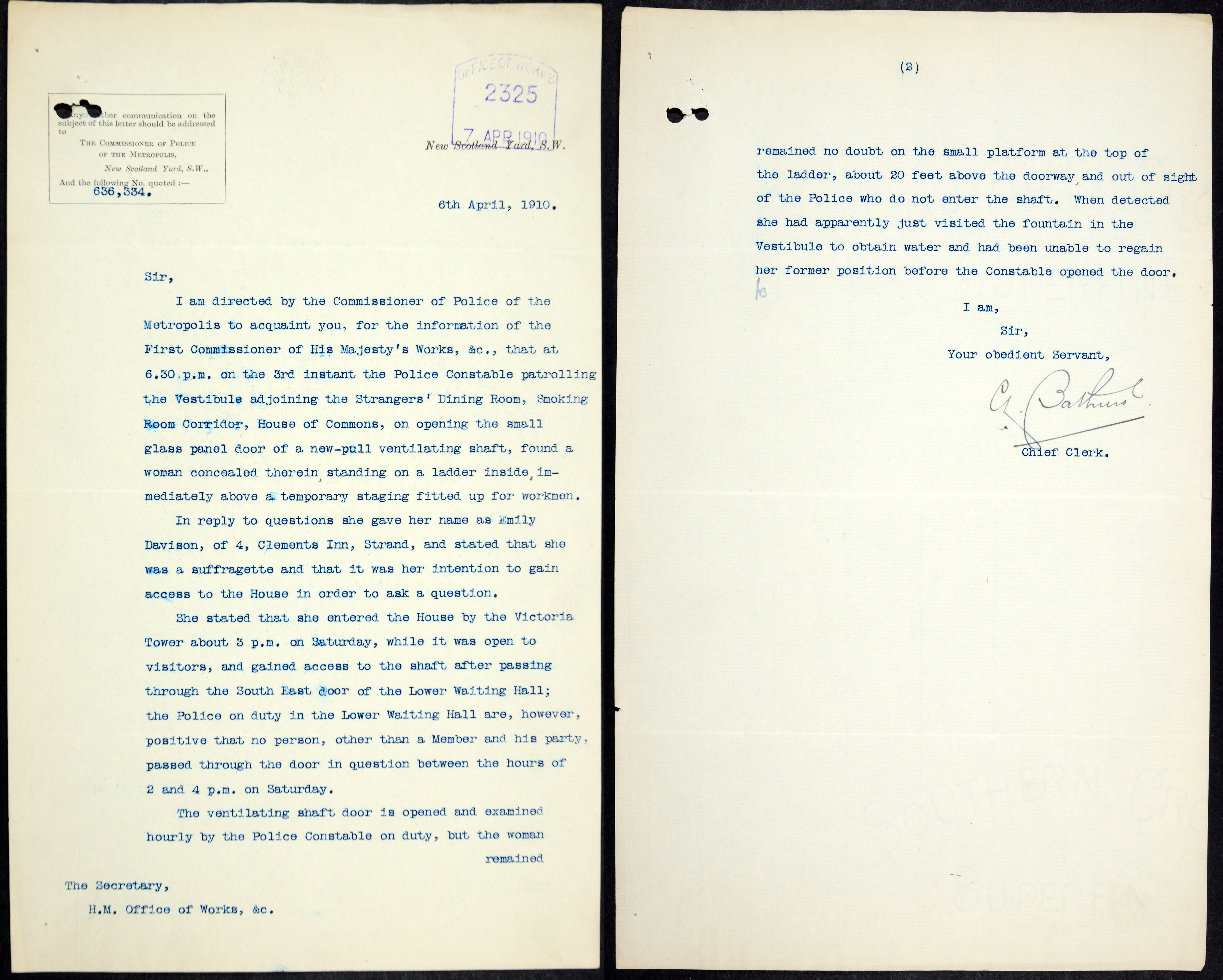 Report to the police from the secretary at the Office of Works about the actions of Emily Wilding Davison, 6 April 1910 (Catalogue ref: WORK 11/117)

I am directed by the Commissioner of Police of the Metropolis to acquaint you, for the information of the First Commissioner of His Majesty’s Works, &c., that at 6.30.pm. on the 3rd instant the Police Constable patrolling the Vestibule adjoining the Strangers’ Dining Room, Smoking Room Corridor, House of Commons, on opening the small glass panel of a new-pull ventilating shaft, found a Woman concealed therein standing on a ladder inside immediately above a temporary staging fitted up for workmen.

In reply to questions she gave her name as Emily Davison, of 4, Clements Inn, Strand, and stated that she was a suffragette and that it was her intention to gain access to the House in order to ask a question.

She stated that she entered the House by the Victoria Tower about 3 p.m. on Saturday, while it was open to visitors, and gained access to the shaft after passing through the South East door of the lower Waiting Hall; the Police on duty in the Lower Waiting Hall and his party, passed through the door in question between the hours of 2 and 4 pm on Saturday. The ventilating shaft door is opened and examined hourly by the Police Constable on duty, but the woman …

remained no doubt on the small platform at the top of the ladder, about 20 feet above the doorway, and out of sight of the Police who do not enter the shaft. When detected she had apparently just visited the fountain in the Vestibule to obtain water and had been unable to regain her former position before the Constable opened the door.

I am,
Sir,
Your obedient Servant,