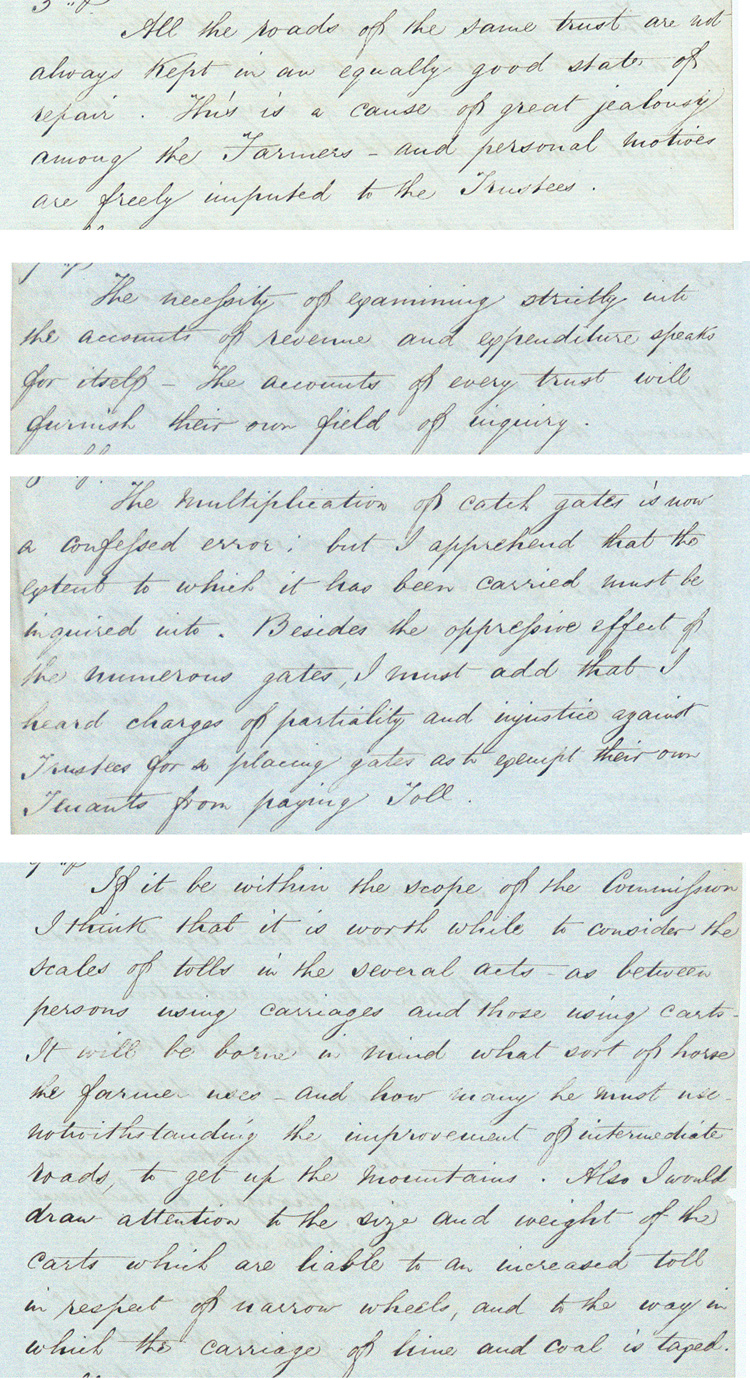 All the roads of the same trust are not always kept in an equally good state of repair. This is a cause of great jealously among the Farmers and personal motives are freely imputed to the Trustees. …

The necessity of examining strictly with the accounts of revenue and expenditure speaks for itself – The accounts of every trust will furnish their own field of inquiry.

The multiplication of catch gates is now a confessed error; but I apprehend that the extent to which it has been carried must be inquired into. Besides the oppressive effect of the numerous gates, I must add that I heard charges of partiality and injustice against Trustees for so placing gates as to exempt their own Tenants from paying Toll.

If it be within the scope of the Commission I think that it is worth while to consider the scales of tolls in the several acts as between persons using carriages and those using carts. It will be borne in mind what sort of horse the farmer uses – and how many he must use notwithstanding the improvement of intermediate roads to get up the mountains. Also I would draw attention to the size and weight of the carts which are liable to an increased toll in respect of narrow wheels, and to the way in which the carriage of lime and coal is taxed.

accounts of revenue and expenditure     –    records of income and spending

partiality     –    likely to favour one group of people over another group

Commission     –    Set up in October 1843 by the Secretary of State, Sir James Graham, to report on the state of the Turnpike Trusts in Wales and examine the causes of the disturbances, it resulted in a law change the following year to remove some of the worst effects of the trusts.

4. Look at Source 4. George H. Ellis was involved in gathering evidence at the start of an inquiry into the state of the Turnpike Trusts in Wales and the causes of the disturbances.

Read the extracts, think about how a farmer might feel about the points made by Ellis.