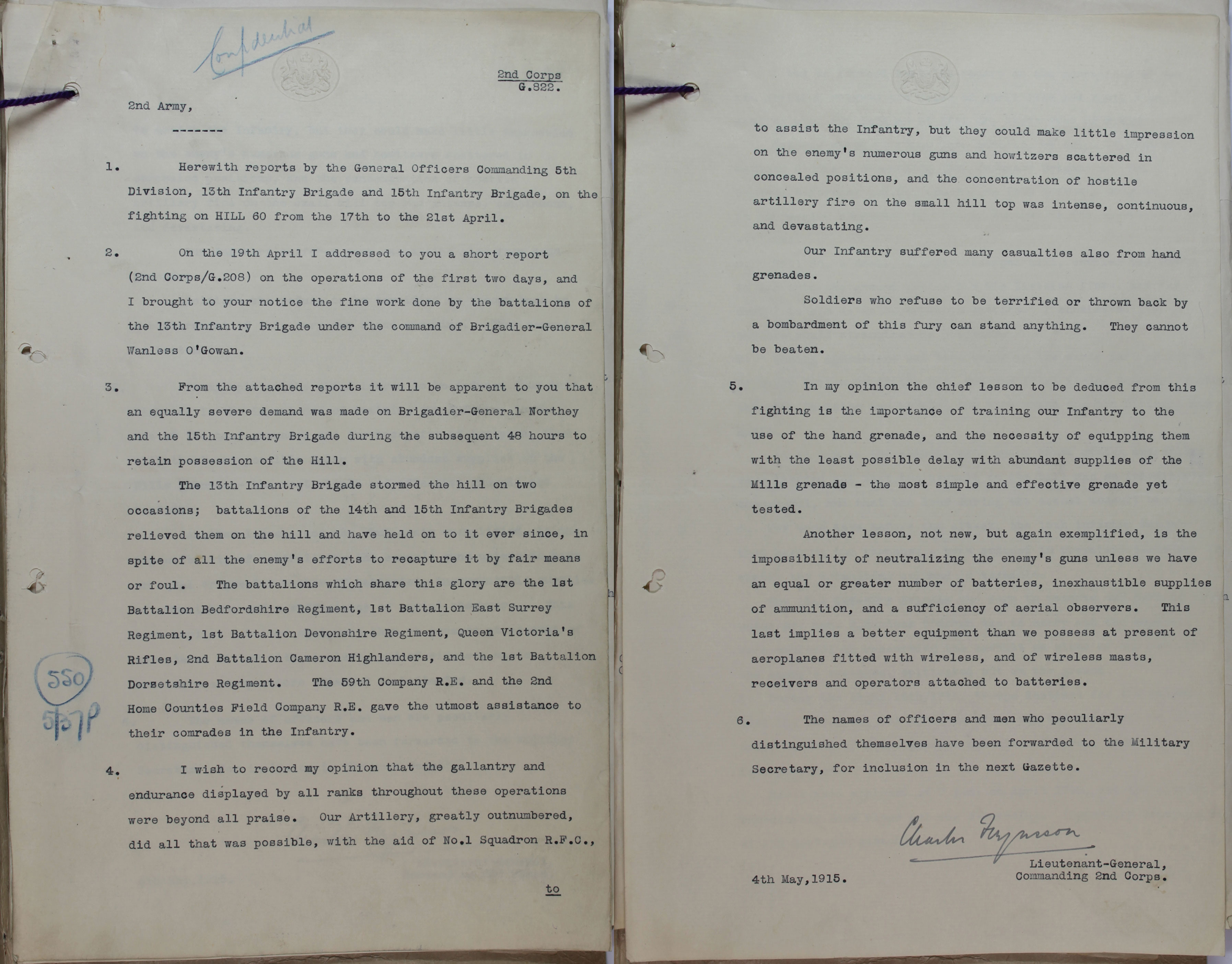 The 13th Infantry Brigade stormed the hill on two occasions; battalions of the 14th and 15th Infantry Brigades relieved them on the hill and have held on to it ever since, in spite of all the enemy’s efforts to recapture it by fair means or foul. The battalions which share this glory are the 1st Battalion Bedfordshire Regiment, Queen Victoria’s Rifles, 2nd Battalion Cameron Highlanders, and the 1st Battalion Dorsetshire Regiment. The 59th Company R.E. and the 2nd Home Counties Field Company R.E. gave the utmost assistance to their comrades in the Infantry.

Our Infantry suffered many casualties also from hand grenades.

Soldiers who refuse to be terrified or thrown back by a bombardment of this fury can stand anything. They cannot be beaten.

Another lesson, not new, but again exemplified, is the impossibility of neutralizing the enemy’s guns unless we have an equal or greater number of batteries, inexhaustible supplies of ammunition, and a sufficiency of aerial observers. This last implies a better equipment than we possess at present of aeroplanes fitted with wireless, and of wireless masts, receivers and operators attached to batteries.