The Action Group provided a public statement to explain the reasons for the protest march against police harassment and the persecution of the Mangrove Restaurant. This group was set up by anti-racist activists, like the leader of Britain’s Black Panthers Althea Jones-Lacointe, and local community leaders. 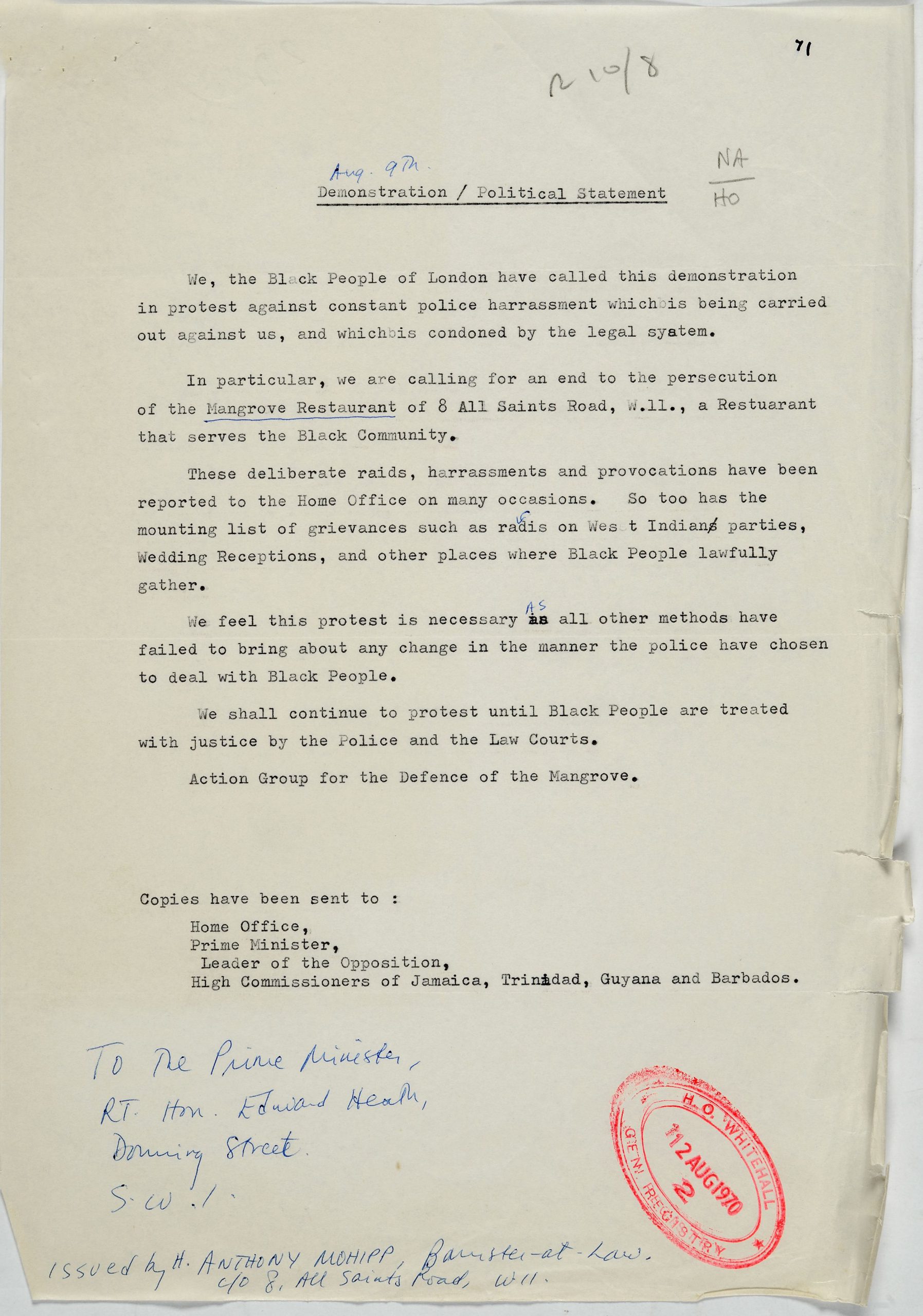 We, the Black People of London have called this demonstration in protest against constant police harassment which is being carried out against us, and which is condoned by the legal system.
In particular, we are calling for an end to the persecution of the Mangrove Restaurant of 8 All Saints Road, W.11, a Restaurant that serves the Black Community.

These deliberate raids, harassments and provocations have been reported to the Home Office on many occasions. So too has the mounting list of grievances such as raids on West Indian parties, Wedding Receptions, and other places were Black People lawfully gather.

We feel this protest is necessary as all other methods have failed to bring about any change in the manner the police have chosen to deal with Black People.

We shall continue to protest until Black People are treated with justice by the Police and the Law Courts.

Action Group for the Defence of the Mangrove.

Copies have been sent to: