Margaret O’Connell was a resident of the area and served as a witness for the police. 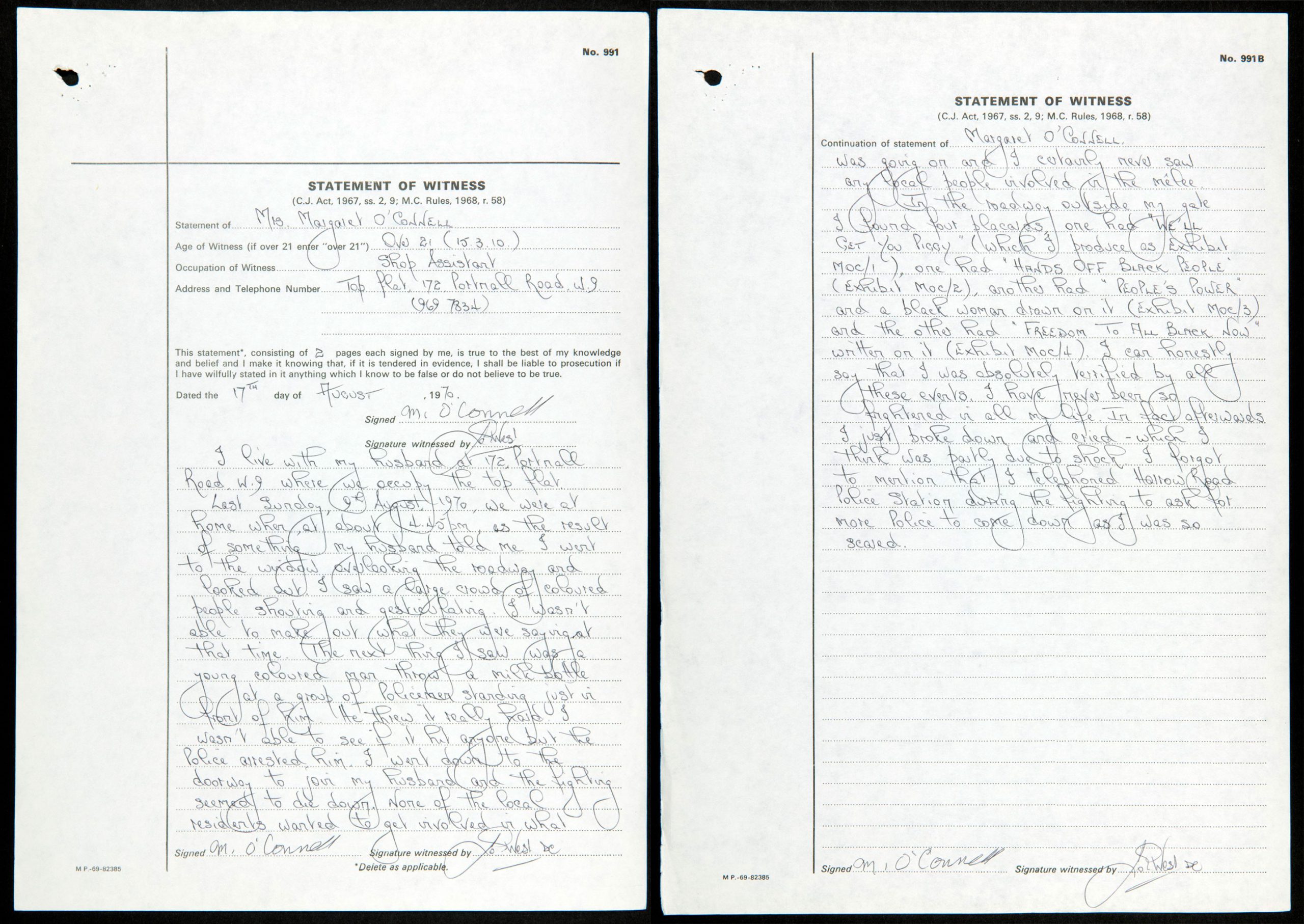 This statement consisting of 2 pages each signed by me, is true to the best of my knowledge and belief and I make it knowing that, if it is tendered in evidence, I shall be liable to prosecution if I have wilfully stated in it anything which I know to false or do not believe to be true.

‘I live with my husband at 172, Portnall Road. W.9. where we occupy the top floor flat. Last Sunday, 9th August 1976, we were at home when, at about 4.45pm, as the result of something my husband told me I went to the window overlooking the roadway and looked out. I saw a large crowd of coloured people shouting and gesticulating. I wasn’t able to make out what they were saying at the time. The next thing I saw was a young coloured man throw a milk bottle at a group of policemen standing just in front of him. He threw it really hard. I wasn’t able to see if it hit anyone but the police arrested him. I went down to the doorway to join my husband and the fighting seemed to die down. None of the local residents wanted to get involved in what was going on and I certainly never saw any local people involved in the melee.

In the roadway outside my gate I found four placards, one had ‘WE’LL GET YOU PIGGY’ (which I produce as Exhibit MOC/1), one had ‘HANDS OFF BLACK PEOPLE’ (Exhibit MOC/2), another had ‘PEOPLE’S POWER’ and a black woman drawn on it (Exhibit MOC/3), and other had ‘FREEDOM TO ALL BLACK NOW’ written on it (Exhibit MOC/4). I can honestly say that I was absolutely terrified by all these events. I have never been so frightened in all my life. In fact afterwards I just broke down and cried – which I think was partly due to shock. I forgot to mention that I telephoned Harrow Road Police Station during the fighting to ask for more police to come down as I was so scared.