Training: ‘in the pink’ 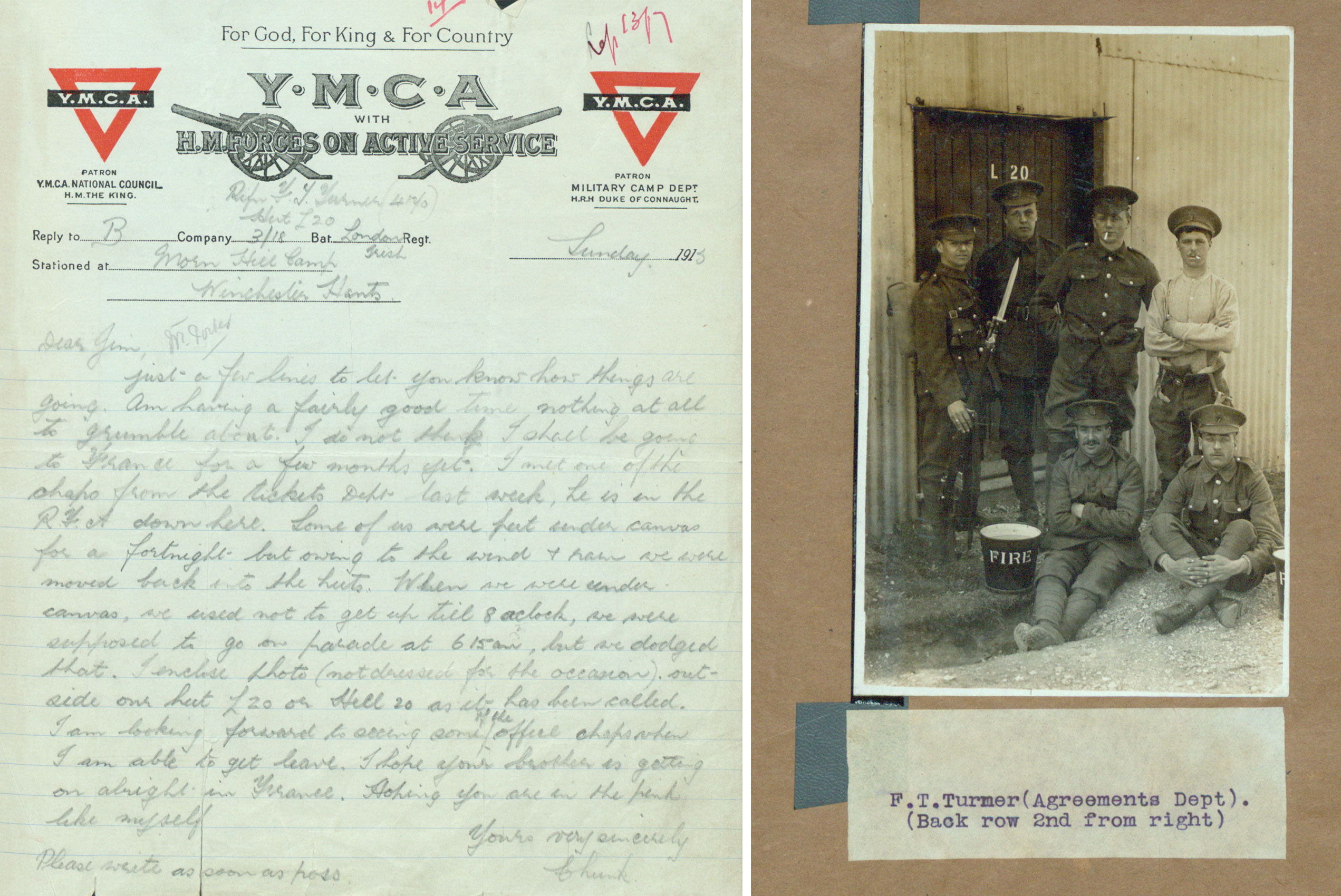 This is one of many letters sent by staff of the Great Western Railway Audit office at Paddington who had enlisted to fight in the First World War. Turner sent a photograph of his hut ‘L20’, which the soldiers referred to as ‘Hell 20’, with his letter. (RAIL 253/516)

Just a few lines to let you know things are going. Am having a fairly good time nothing at all to grumble about. I don’t think I shall be going to France for a few months yet. I met one of the chaps from the tickets department last week he is in the R.F.C. down here. Some of us were feet under canvas for a fortnight but owing to the wind and rain we were moved back to the huts. When we were under canvas, we used not get up till 8 o’clock, we were supposed to go on parade at 6.15am, but we dodged that. I enclose photo (not dressed for the occasion) outside our hut L20 or Hell 20 as it has been called. I am looking forward to seeing some of the office chaps when I am able to get leave. I hope your brother is getting on alright in France. Hoping you are ‘in the pink’ like myself,

Please write as soon as poss.