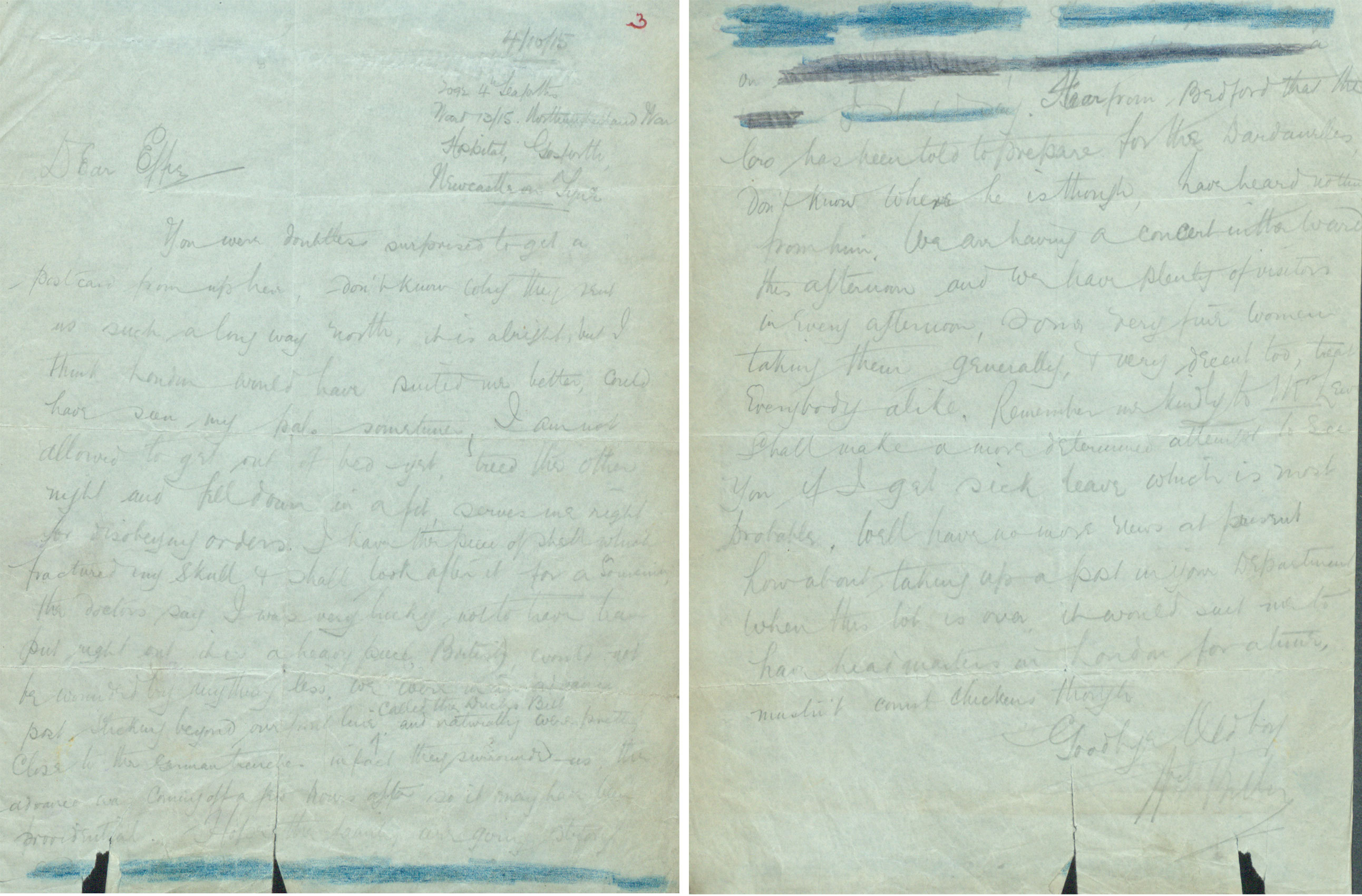 You were doubtless surprised to get a postcard from up here, don’t know why they sent us such a long way north, it is alright but I think London would have suited me better, could have seen my pals sometimes. I am not allowed to get out of bed yet, tried the other night and fell down in a fit serves me right for disobeying orders. I have the piece of shell which fractured my skull and shall look after it for a souvenir. The doctors say I was very lucky not to have been put right out. It was a heavy piece (British) would not have been wounded by anything less. We were in an advanced post sticking beyond our front line called the “Duck’s Bill” and naturally pretty close to the German trenches. In fact they surrounded us… [Lines censored]

I hear from Bedford that the company has been told to prepare for the Dardanelles. I don’t know where he is though, have heard nothing from him. We are having a concert with our ward this afternoon and we have plenty of visitors in every afternoon, some very fair women taking them generally, and very decent too, treat everybody alike. Remember me kindly to Mrs Lewis. I shall make a more determined attempt to see you if I get a sick leave which is most probable. Well, have no more news at present. How about taking up a post in your department when this lot is over, it would suit me to have headquarters in London for a time, mustn’t count chickens though. Goodbye Old boy,