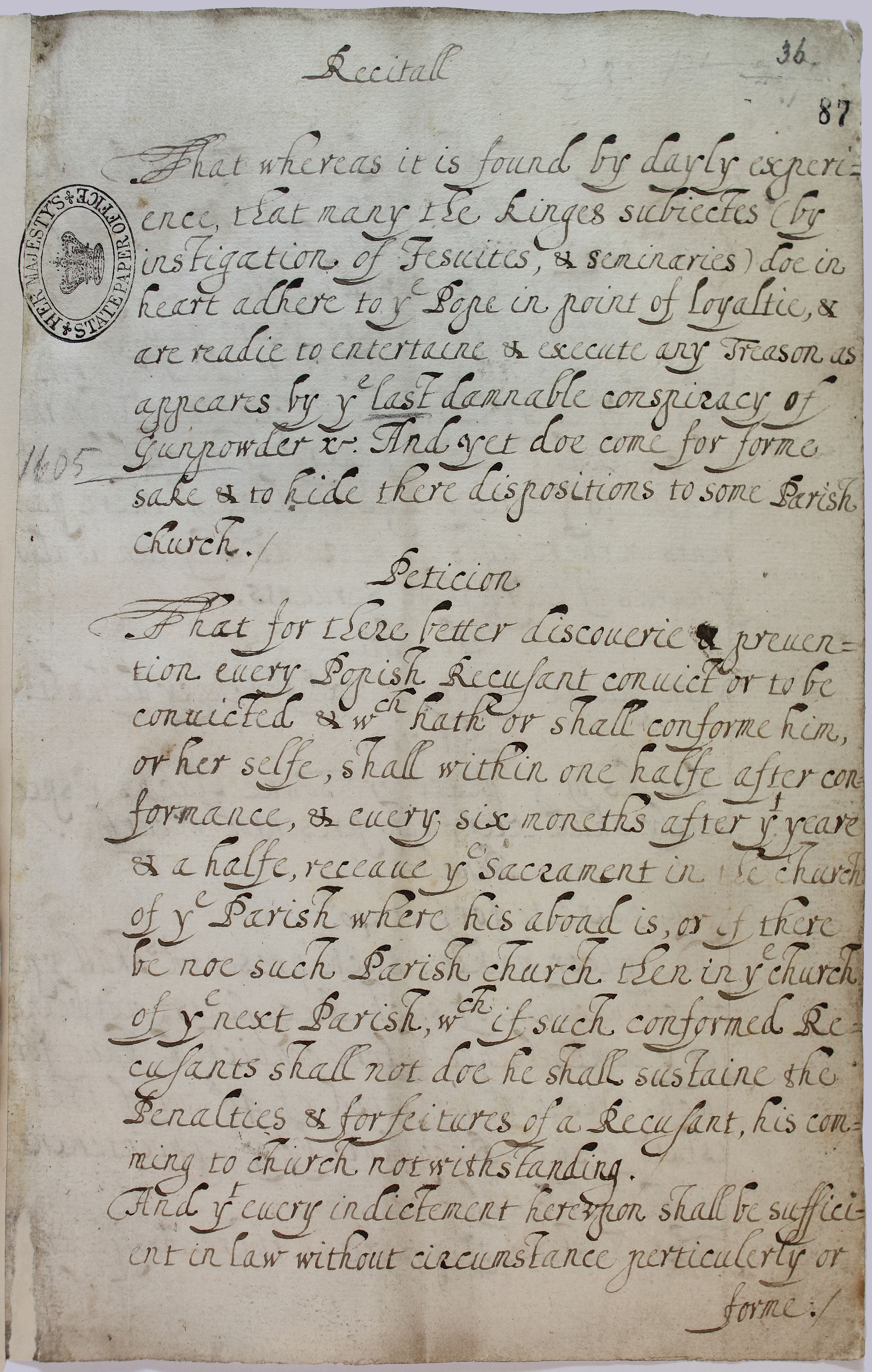 This source is the printed version of an Act passed by parliament which aimed to ensure the loyalty of James’ subjects. It highlights the impact of the gunpowder plot and was an attempt to further control recusancy (continued loyalty to the pope and the Roman Catholic Church).

That whereas it is found by daily experience, that many the king’s subjects (by instigation of Jesuits, & seminaries [priests]) do in heart adhere to the Pope in point of loyalty, & are ready to entertain & execute any treason as appears by the last damnable conspiracy of gunpowder etc. And yet do come for form sake & to hide their disposition to some Parish church.

That for their better discovery and prevention every Popish Recusant convicted or to be convicted and which hath or shall conform him or herself, shall within one [year and a half] after conformance, and every six months after that year and a half, receive the sacrament in the church of the parish where his abroad is, or if there be no such Parish Church then in the church of the next Parish. Which if such conformed Recusants shall not do, he shall sustain the Penalties and forfeitures of a Recusant, his coming to church notwithstanding…