Extract from a Jacobite song, consisting of 43 verses, calling for the return to the throne of James Francis Edward Stuart and end to rule by George I, House of Hanover, 1722 (SP 35/40 f179) 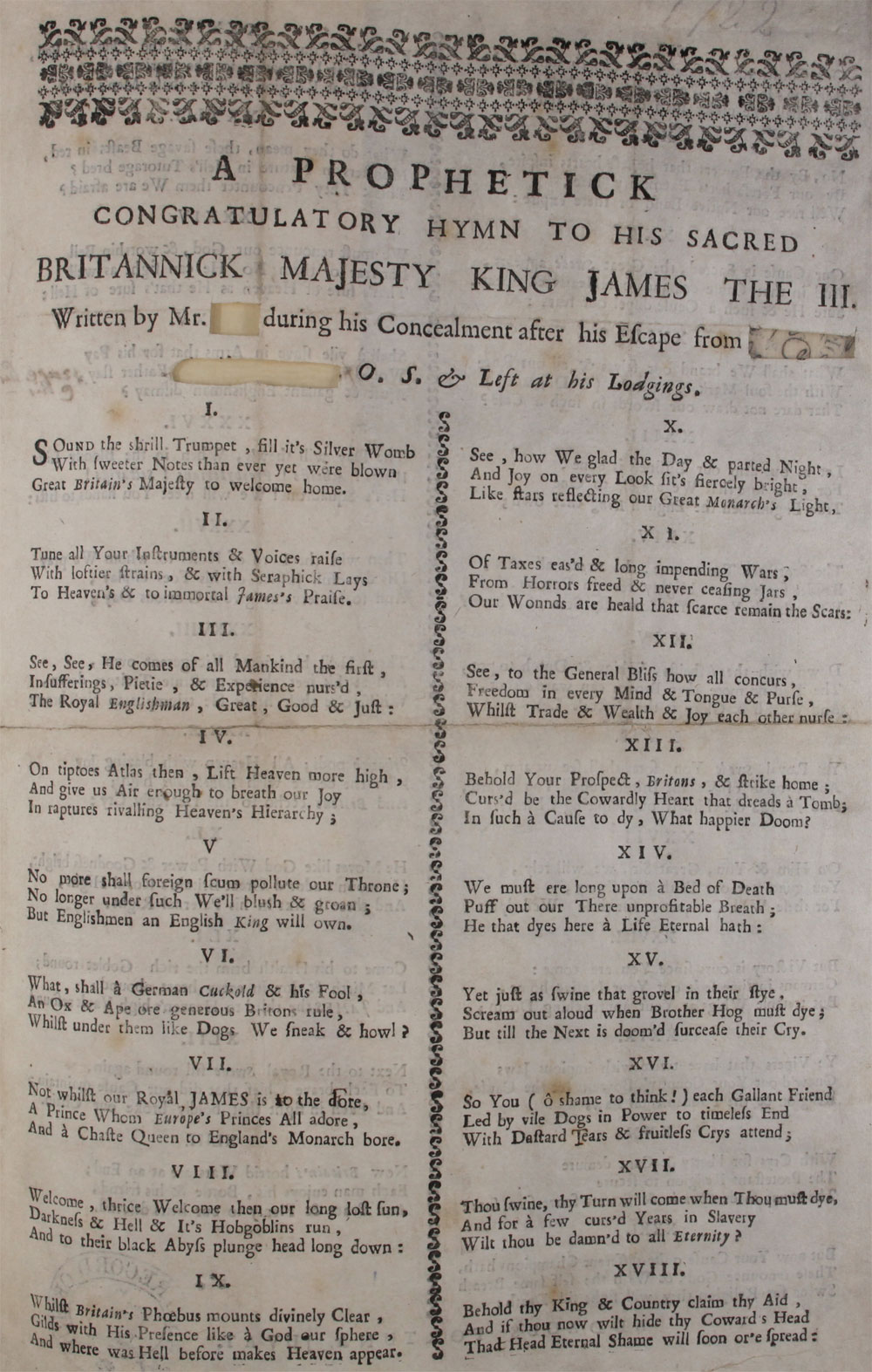 CONGRATULATORY HYMN TO HIS SACRED

Written by Mr—during his Concealment after his Escape from—

O.S & Left at his Lodgings

With sweeter Notes than ever yet were blown

Tune all Your Instruments & Voices raise

With loftier strains, & with Seraphick Lays

To Heaven’s & to immortal James’s Praise.

See, See, He comes of all Mankind the first,

And give us Air enough to breath our Joy

No more shall foreign scum pollute our Throne;

No longer under such. We’ll blush & groan;

But Englishmen an English King will own.

Prophetick: to happen in the future

Congratulatory: to express praise and pleasure

James III: son of James II, king of England, James Edward Francis Stuart, also called ‘The Old Pretender’, he claimed the English, Scottish and Irish thrones (as James III of England and Ireland and James VIII of Scotland) from the death of his father in 1701

Seraphick: like an angel of the highest class who was caretaker for God’s throne

Heaven’s Hierarchy: According to medieval Christian theologians, the angels are organized into three levels each made up of different orders or choirs

Immortal: never ending, for all time

Atlas: Greek god responsible for holding the heavens on his shoulders