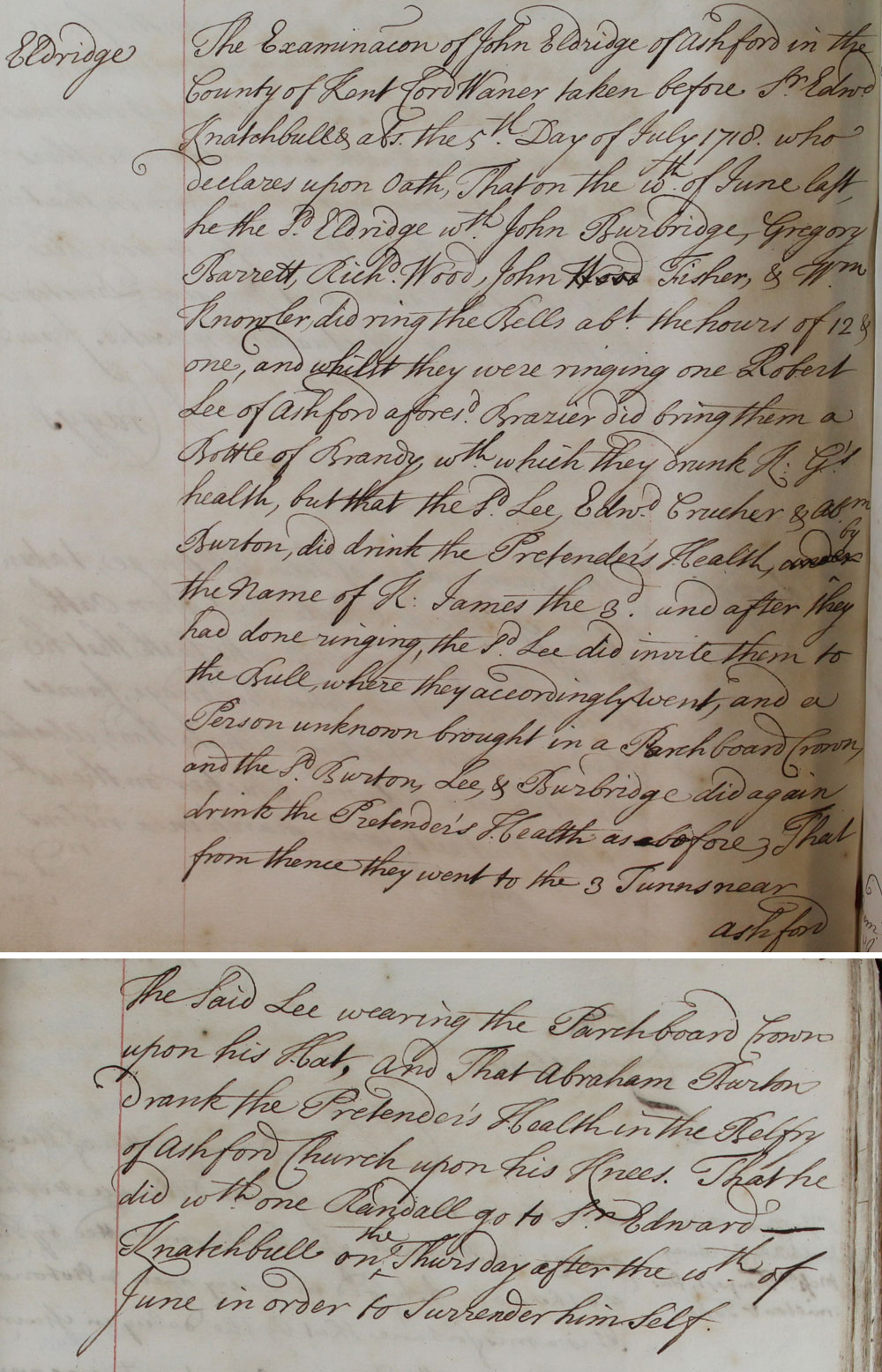 This is a court case heard in Kent about a man called John Eldridge who with others, drank the health of the ‘Old Pretender’ as James III, a protest against the Hanoverian succession. The Jacobites used to drink secret toasts to ‘the King over the water’. Many Jacobite drinking glasses survive today and are engraved with secret symbols, such as the oak leaf, white rose and butterfly. You can see an example on our website. 5 July 1718  (SP 44/79A f.162-3).

The Examination of John Eldridge in the County of Kent Lord Waner taken before Sr. [Sir] Edward Knatchbull [Esquire] abs. the 5th Day of July 1718 who declares upon Oath, that on the 10th of June last, he the Sd [said] Eldridge with John Burbridge, Gregory Barrett, Richard Wood, John Wood Fisher & William Knowler did ring the Bells about the hours of 12 & one, and whilst they were ringing one Robert Lee of Ashford aforesaid Brazier [person who makes things out brass] did bring them a bottle of brandy with which they drunk King G.’s [George I] health, but that the said Lee, Edward Crucher & Abraham Burton, did drink the Pretender’s Health, by the name of K: [King] James the 3 [James III, the “Old Pretender”] and after they had done ringing, the Said Lee did invite them to the Bull where they accordingly went, and a person unknown brought in a Parchboard Crown [paper crown], and the said Burton, Lee & Burbridge did again drink the Pretender’s Health as before, That from thence they went to the 3 Tunns near Ashford.

The Said Lee wearing the Parchboard crown upon his Hat, and that Abraham Burton drank the Pretender’s health in the Belfry [bell tower] of Ashford Church upon his knees. That he did with one Randall go to Sir Edward Knatchbull on the Thursday after the 10th of June in order to surrender himself.