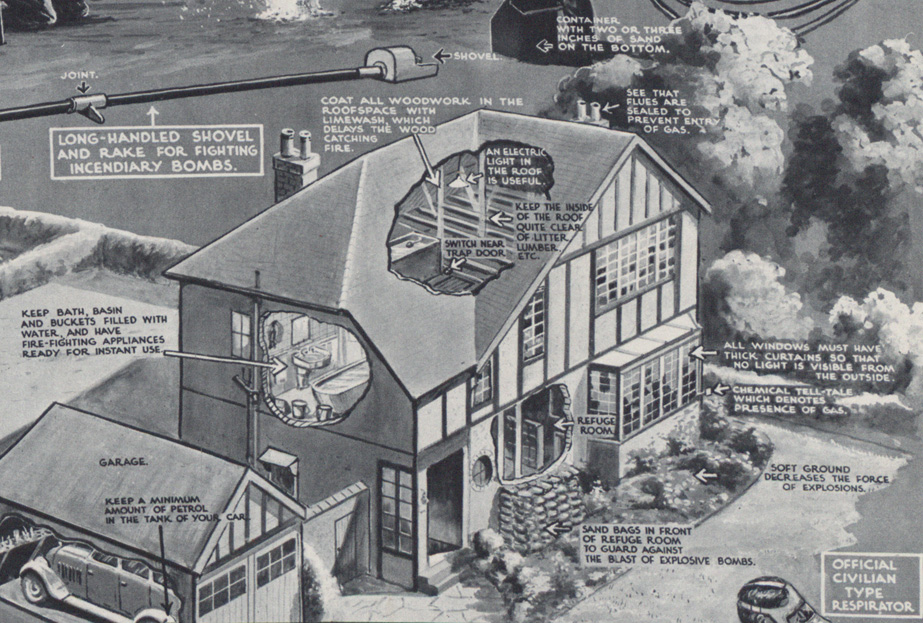 [Moving clockwise from 12 o’clock to the left]

Garage labelled: Keep a minimum amount of petrol in the tank of your car

Bathroom [shown with arrow]: Keep bath, basin filled with water, and have firefighting appliances ready for instant use

« Return to The Home Front

5. Look at Sources 5 a and b. These are wartime warning posters.