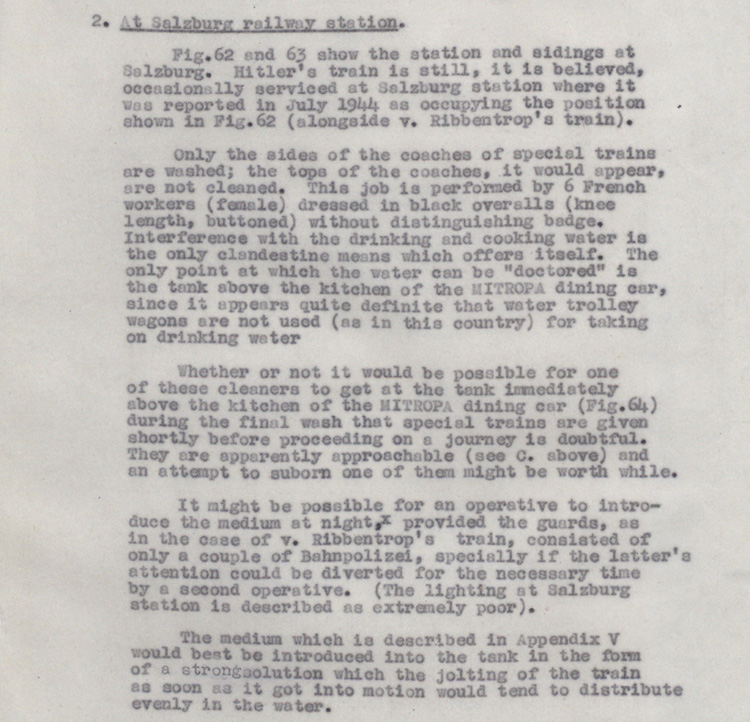 Fig. 62 and 63 show the station and sidings at Salzburg. Hitler’s train is still, it is believed, occasionally serviced at Salzburg station where it was reported in July 1944 as occupying the position shown in Fig.62 (alongside v.Ribbentrop’s train).

Only the sides of the coaches of special trains are washed the tops of the coaches, it would appear, are not cleaned. This job is performed by 6 French workers (female) dressed in black overalls (knee length, buttoned) without distinguishing badge. Interference with the drinking and cooking water is the only clandestine means which offers itself. The only point at which the water can be “doctored” is the tank above the kitchen of the MITROPA dining car, since it appears quite definate that the water trolley wagons are not used (as in this country) for taking on drinking water.

Whether or not it would be possible for one of these cleaners to get at the tank immediately above the kitchen of the MITROPA dining car (Fig. 62) during the final wash that special trains are given shortly before proceeding on a journey is doubtful. They are apparently approachable (see C. above) and an attempt to suborn one of them might be worth while.

It might be possible for an operative to introduce the medium at night, provided the guards, as in the case of v.Ribbentrop’s train, consisted of only a couple of Bahnpolizei, specially if the latters attention could be diverted for the necessary time by a second operative. (The lighting at Salzburg station is described as extremely poor). T

he medium which is described in Appendix V would best be introduced into the tank in the form of a strong solution which the jolting of the train as soon as it got into motion would tend to distribute evenly in the water.

2. Read Source 2. This piece of the file details the plans for assassination at Salzburg railway station.