Extract from a handbook for staff of the Foundling hospital. (CHAR 2/384). 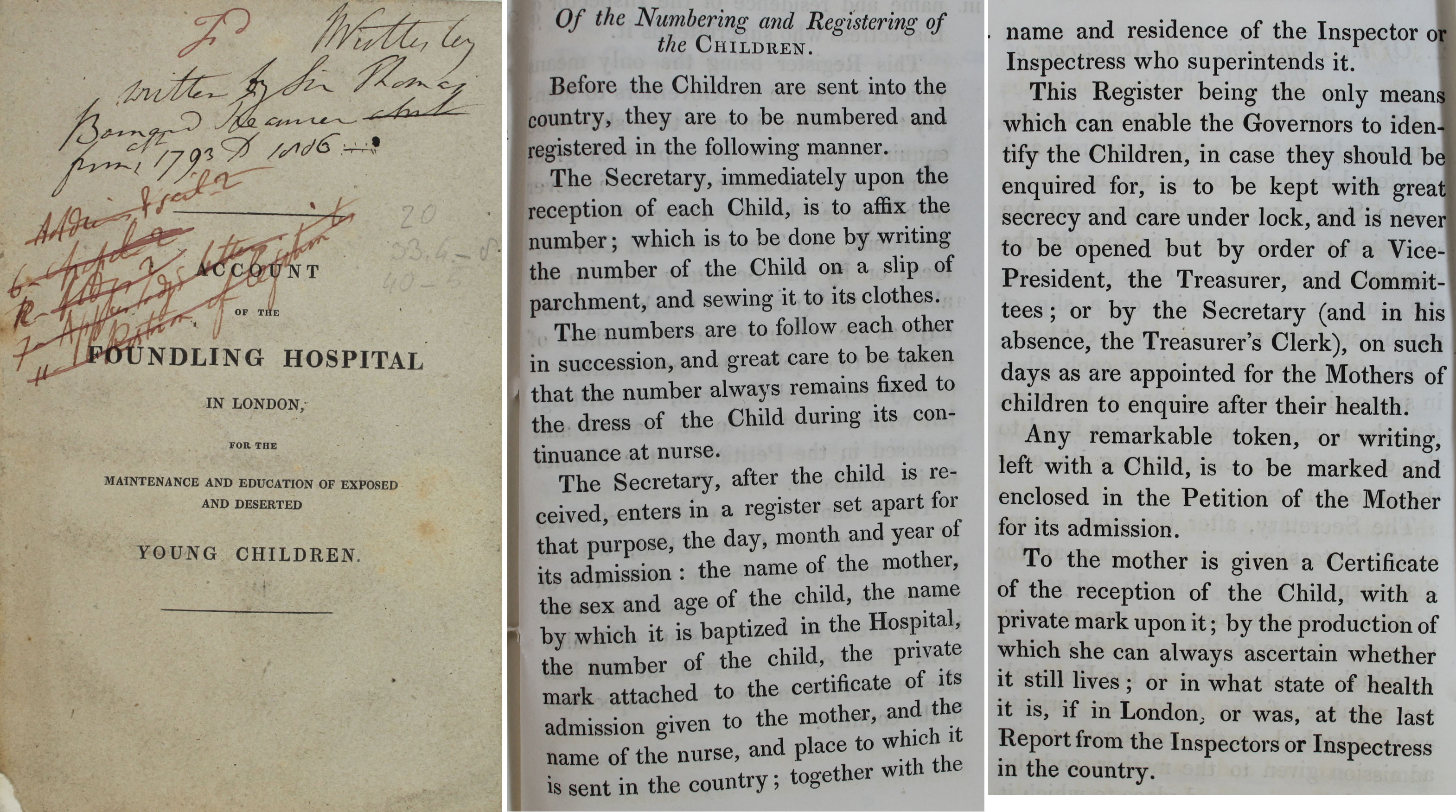 Of the numbering and registering of the children

Before the children are sent into the country, they are to be numbered and registered in the following manner.

The Secretary, immediately upon the reception of each Child, is to affix the number; which is to be done by writing the number of the Child on a slip of parchment, and sewing it to its clothes. The numbers are to follow each other in succession, and great care to be taken that the number always remains fixed to the dress of the child during its continuance at the nurse.

The Secretary, after the child is received, enters in a register set apart for that purpose, the day, month and year of its admission: the name of the mother, the sex and age of the child, the name by which it is baptized in the Hospital, the number of the child, the private mark attached to the certificate of its admission given to the mother, and the name of the nurse, and place to which it is sent to the country; together with the name and residence of the inspector or inspectress who superintends it.

This Register being the only means which can enable the Governors to identify the Children, in case they should be enquired for, is to be kept with great secrecy and care under lock, and is never to be opened but by order of a Vice- President, the Treasurer and Committees; or by the Secretary (and in his absence, the Treasurer’s Clerk), on such days as are appointed for the Mothers of children to enquire after their health.

Any remarkable token, or writing, left with a child, is to be marked and enclosed in the petition of the mother for its admission.

To the mother is given a Certificate of the reception of the Child, with a private mark upon it; by the production of which she can always ascertain whether it still lives; or in what state of health it is, if in London, or was, at the last Report from the Inspectors or Inspectress in the country…