Guidance given to Hospital staff on how to apprentice a child. 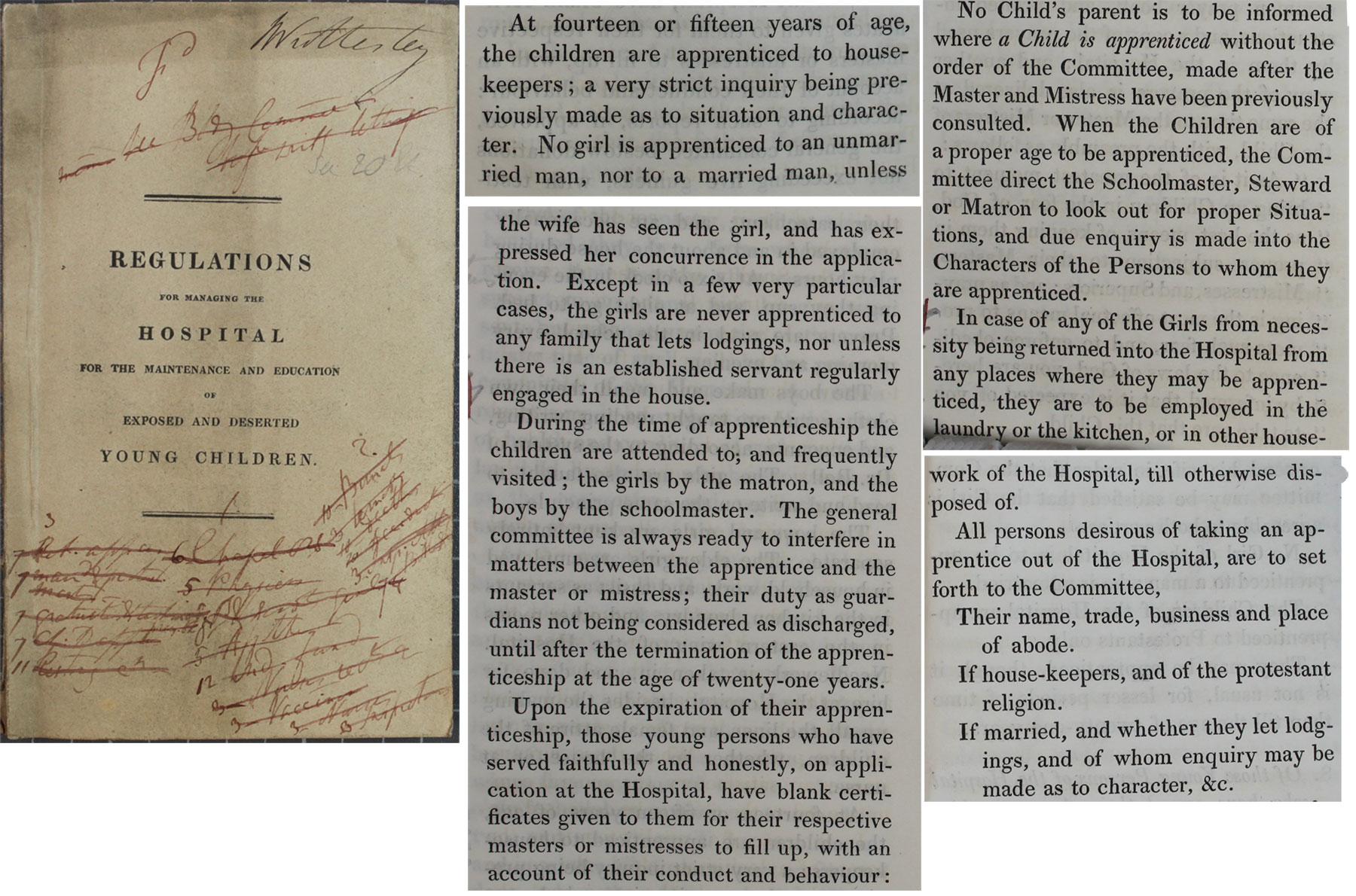 FOR MANAGING THE HOSPITAL

FOR THE MAINTENANCE AND EDUCATION

At fourteen or fifteen years of age, the children are apprenticed to house keepers; a very strict inquiry being previously made as to situation and character. No girl is apprenticed to an unmarried man, nor to a married man, unless [p60] the wife has seen the girl, and has expressed her concurrence in the application. Except in a few very particular cases, the girls are never apprenticed to any family that lets lodgings, not unless there is an established servant regularly engaged in the house.

During the time of the apprenticeship the children are attended to, and frequently visited; the girls by the matron, and the boys by the schoolmaster. The general committee is always ready to interfere in matters between the apprentice and the master or mistress; their duty as guardians not being considered as discharged, until after the termination of the apprenticeship at the age of twenty-one years. Upon the expiration of their apprenticeship, those young persons who have served faithfully and honestly, on application at the Hospital, have blank certificates given to them for their respective masters or mistresses to fill up, with an account of their conduct and behaviour…

‘no child’s parent is to be informed where a child is apprenticed without the order of the Committee, made after the Master and Mistress have been previously consulted. When the children are of a proper age to be apprenticed, the Committee direct to the schoolmaster, Steward or Matron to look out for proper Situations, and due enquiry is made into the Character of the Persons to whom they are apprenticed.

In case of any of the girls from necessity being returned into the Hospital from any places where they may be apprenticed, they are to be employed in the laundry or kitchen, or in other housework of the hospital, till otherwise disposed of.

All persons desirous of taking an apprentice out of the Hospital, are to set forth to the Committee,

Their name, trade, business and place or abode.

If housekeepers, and of the protestant religion.

If married, and whether they let lodgings, and of whom enquiry may be made as to character etc.

Apprenticeship is a kind of job training that involves following and studying a master of the trade on the job instead of in school.