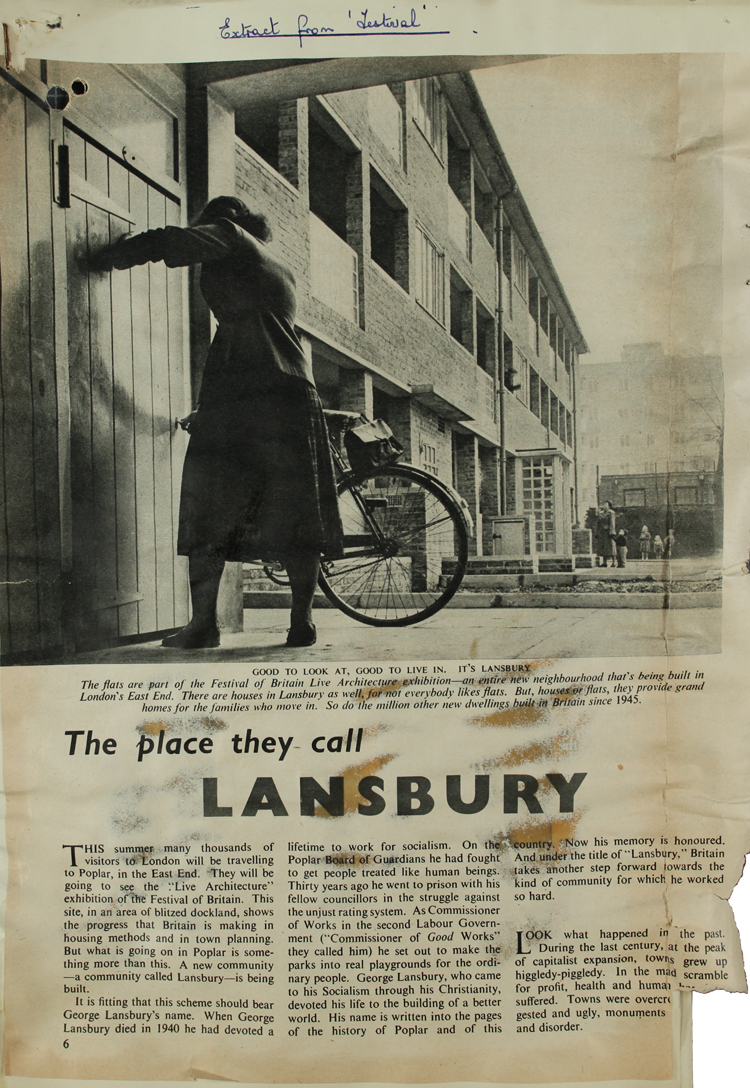 Good to look at, good to live in, it’s Lansbury.

This summer many thousands of visitors to London will be travelling to Poplar, in the East End. They will be going to see the “Live Architecture” exhibition at the Festival of Britain. This site, in an area of blitzed dockland, shows the progress Britain is making in housing methods and in town planning. But what is going on in Poplar is something more than this. A new community— a community called Lansbury— is being built.

It is fitting that this scheme should bear George Lansbury’s name. When George Lansbury died in 1940 he had devoted a lifetime to work for socialism. On the Poplar Board of Guardians he had fought to get people treated like human beings. Thirty years ago he went to prison with his fellow councillors in the struggle against the unjust rating system. As commissioner of Works in the Second Labour Government (“Commissioner of Good Works” they called him) he set out to make the parks into real playgrounds for the ordinary people. George Lansbury, who came to his socialism through his Christianity, devoted his life to the building of a better world. His name is written into the pages of the history of Poplar and of this country. Now his memory is honoured. And under the title of “Lansbury,” Britain takes another step forward towards the kind of community for which he worked so hard.

Look what happened in the past. During the last century, at the peak of capitalist expansion, towns grew up higgledy-piggledy. In the mad scramble for profit, health and human happiness suffered. Towns were overcrowded, congested and ugly, monuments to ill health and disorder.