This is a personal petition written directly by the prisoner George Hey who admits being guilty of embezzlement [theft from his workplace] in 1 January, 1845, Catalogue ref: HO18/149/41 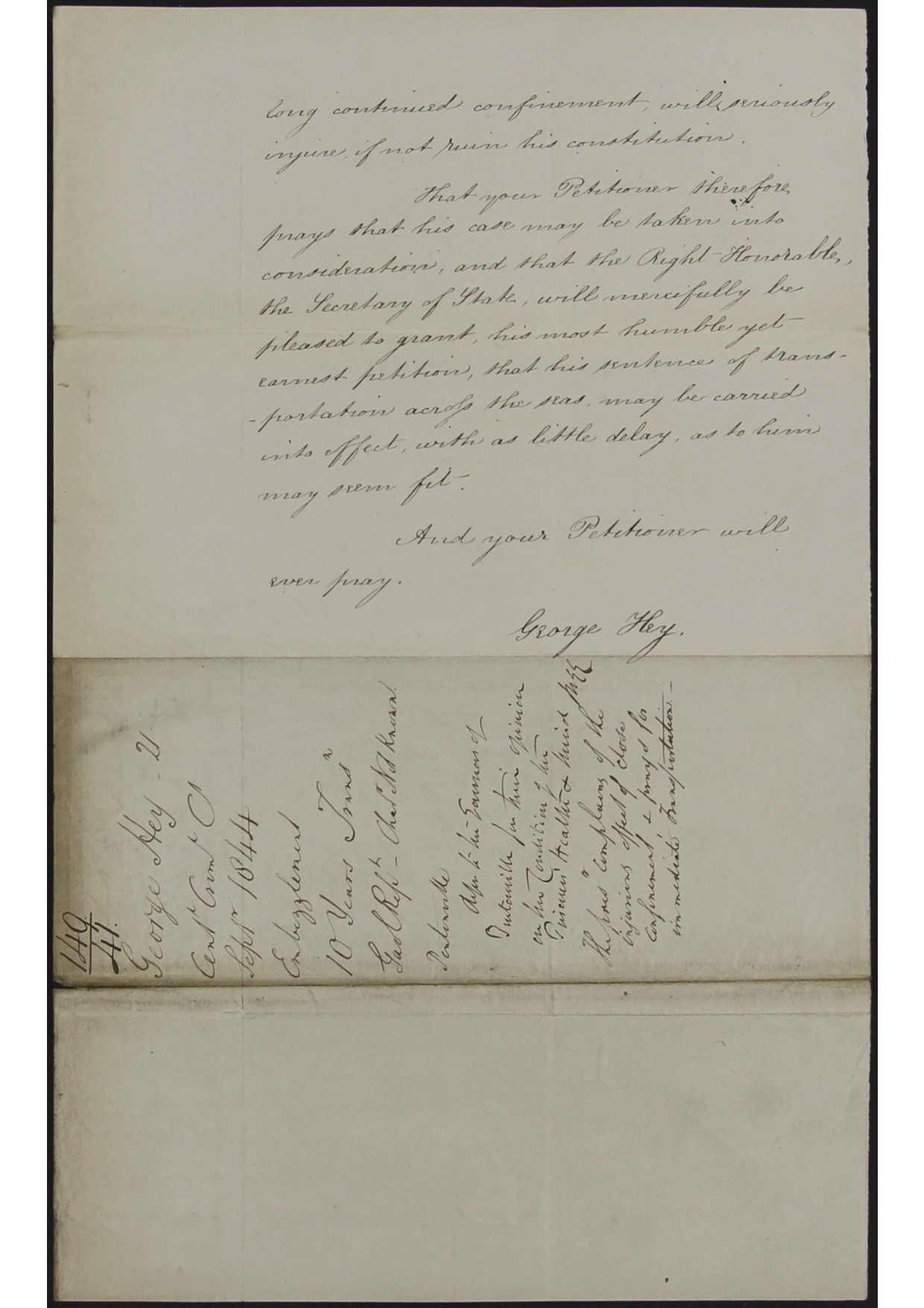 Her Majesty’s Principal Secretary of State

For the Home Department

The Humble Petition of George Hey,

That your Petitioner having unfortunately been induced [forced] to make use of certain sums of money, amounting to one hundred and seventy pounds, (£170.) the property of his employers, an underwriter at Lloyds’, was, on the 16th Sept. last, at the Central Criminal Court, sentenced to ten years transportation.

That your Petitioner was, on the 1st October following removed from Newgate to Millbank, and from thence on the 2nd November to Pentonville Prison.

That your Petitioner in his late employment, having been always accustomed to active, out-of-door duty, suffers much, both bodily and mentally from his present close confinement, which is rendered doubly painful, by constant and unavoidable reflection on his degraded position, and the situation in which his aged mother, (of whom he was the sole support,) is placed by his misconduct [behaviour].

That your Petitioner much fears, under these circumstanced, that long continued confinement, will seriously injure, if not ruin his constitution [health].

That your petitioner therefore prays that his case may be taken into consideration, and that the Right Honourable, the Secretary of State, will mercifully be pleased to grant, his most humble yet earnest petition, that his sentence of transportation across the seas, may be carried into effect, with as little delay, as to him may see fit.

And your Petitioner will ever pray.

Pentonville
Refer to the Governor of Pentonville for their opinion on the condition of the prisoner’s health & Mind. MGG
The prisoner complains of the injurious effect of close confinement & prays for immediate transportation.