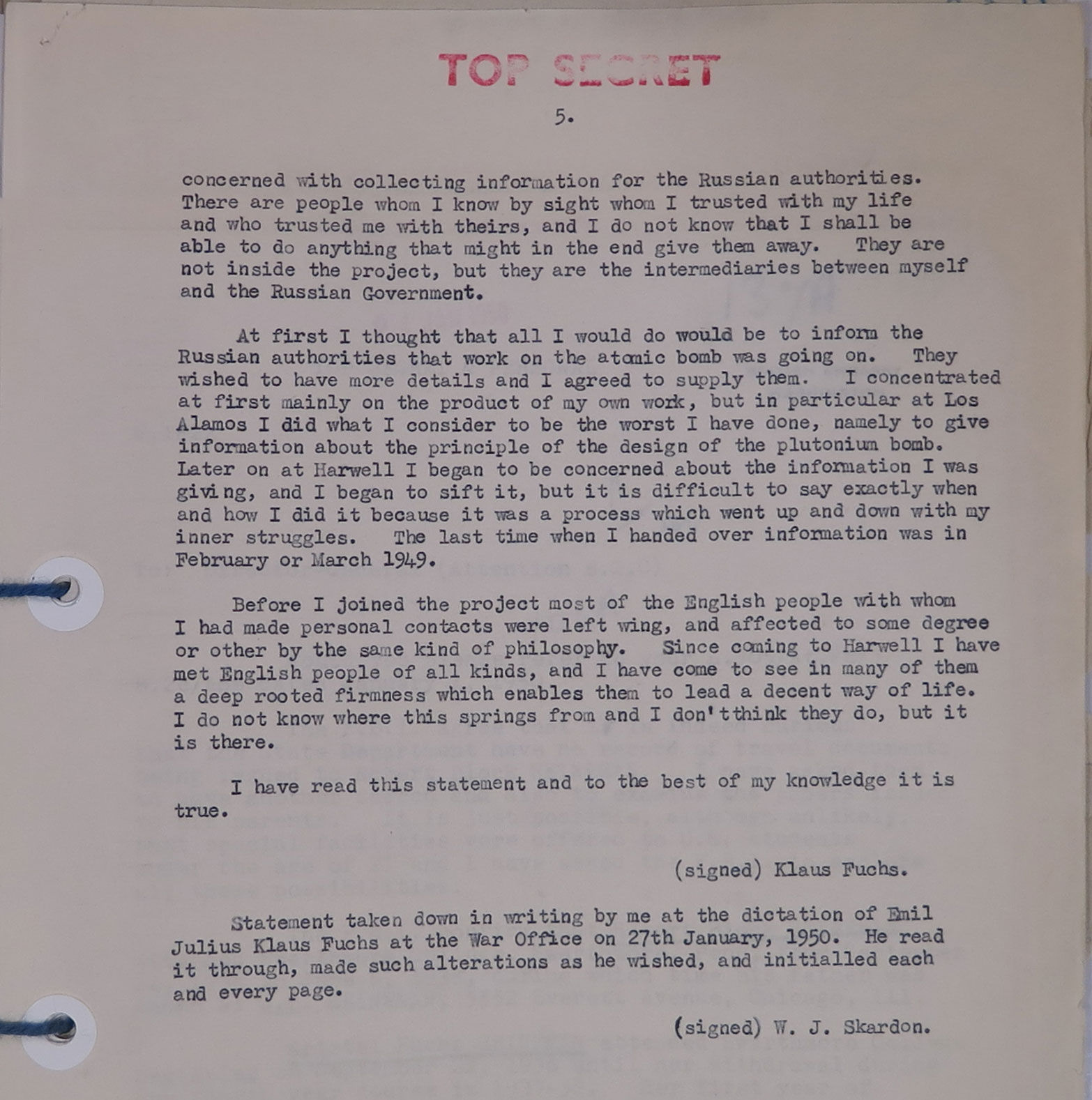 Extract from the confession of Klaus Fuchs made in 1950. He was a German physicist who became a British citizen in 1942. He worked on the American, British, and Canadian Manhattan Project to produce the first nuclear weapons and passed on information about it to the Soviets during and after the Second World War. (Catalogue ref: KV 6/134)

There are people who I know by sight whom I trusted with my life and who trusted me with theirs, and I do not know that I shall be able to do anything that might in the end give them away. They are not inside in the project, but they are the intermediaries between myself and the Russian Government.

At first I thought that all I would do would be to inform the Russian authorities that work on the atomic bomb was going on. They wished to have more details and I agreed to supply them. I concentrated at first mainly on the product of my own work, but in particular at Los Almos I did what I consider to be the worst I have done, namely to give information about the principle of the design of the plutonium bomb. Later at Harwell I began to be concerned about the information I was giving, and I began to sift it, but it is difficult to say exactly when and how I did it because it was a process which went up and down with my inner struggles. The last time when I handed over information was in February or March 1949.

Before I joined the project most of the English people with whom I had made personal contacts were left wing, and affected to some degree or other by the same kind of philosophy. Since coming to Harwell I have met English people of all kinds, and I have come to see in many of them a deep rooted firmness which enables them to lead a decent way of life. I do not know where this springs from and I don’t think they do, but it is there.

I have read this statement and to the best of my knowledge it is true.

Statement taken down in writing by me at the dictation of Emil Julius Klaus Fuchs at the War Office on 27th January, 1950. He read it through, made such alterations as he wished, and initialled each and every page.