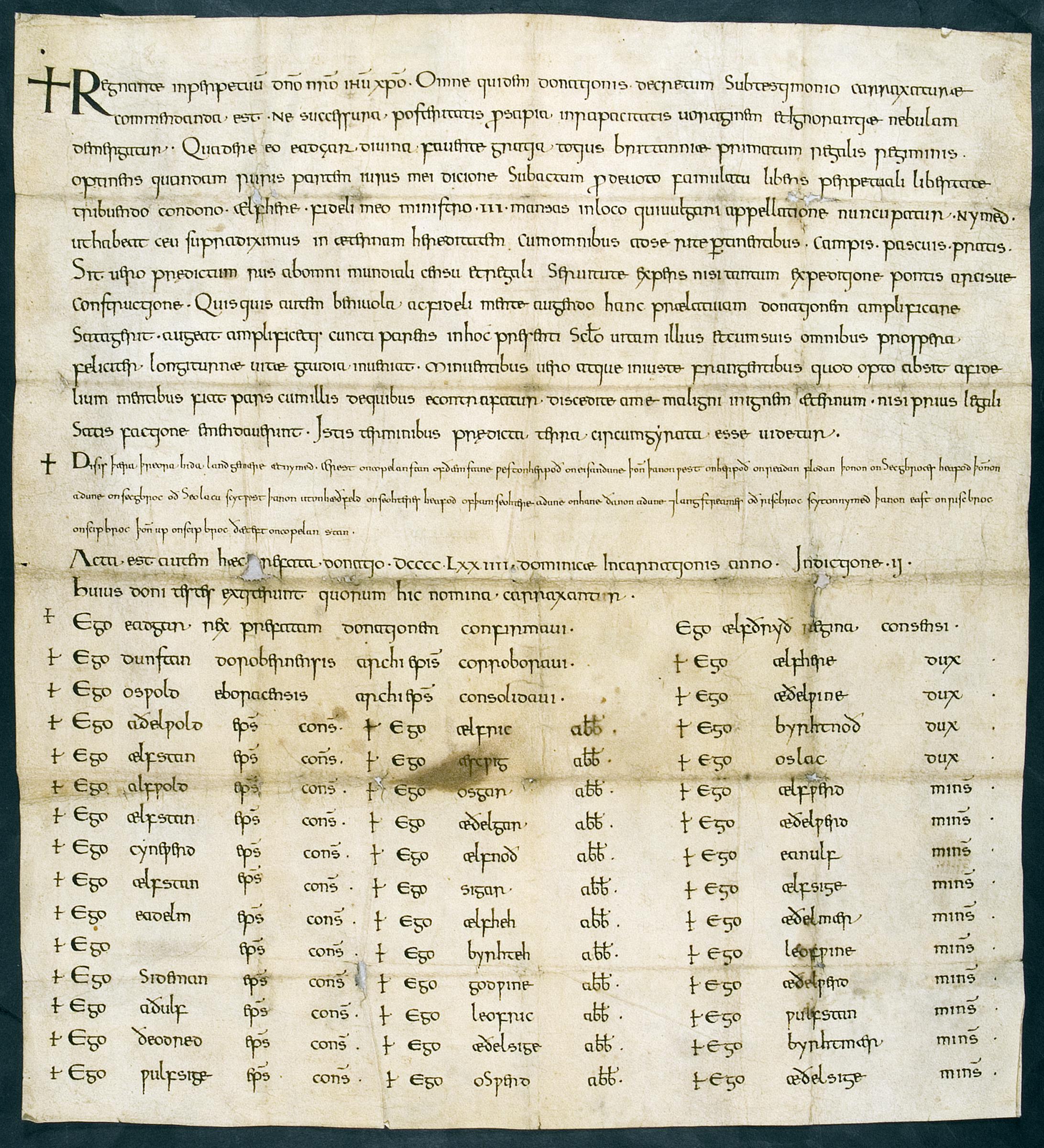 Our Lord Jesus Christ reigneth for ever. It is advisable that every deed of gift should be made under the testimony of writing, lest the succession of posterity be swallowed in the whirlpool of rapine and the clouds of ignorance. Therefore I, Edgar, having by divine grace obtained the pre-eminence of royal rule over all Britain, being willing to endow with perpetual freedom a certain part of the country under my jurisdiction, do, in reward of his devoted service, grant unto Ælfhere, my faithful minister, three plots of ground in the place which is called in common parlance Nymed, that he may hold it, as we have above said, in perpetual inheritance, with all fields, woods, and meadows thereunto of right appertaining. Moreover, the aforesaid land is to be free of all secular tribute and royal service, excepting only going to the wars, and the building of bridges or castles. Whosoever therefore, moved by a benevolent and sincere disposition, shall trouble himself in amplifying this aforesaid grant, may the Parent of all increase and amplify his life in this present world, and may he and all his family happily experience the unclouded joys of that everlasting one to come. But may they who shall diminish or unjustly violate the same, which God forbid should enter into the minds of the faithful, make part with those of whom, on the other hand, it is pronounced, ‘Depart from me, ye wicked, into everlasting fire,’ unless they shall have made lawful satisfaction beforehand. This said land appears to be enclosed about by these bounds.

Moreover, this aforesaid grant was made in the year of the Incarnation of our Lord, DCCCCLXXIIII. In the second Indiction. These are the witnesses of this grant, whose names are here written.

Edgar the King confirms his grant for life,      Ælfthrythe the Queen agrees.

« Return to Anglo-Saxons – Gift from a King