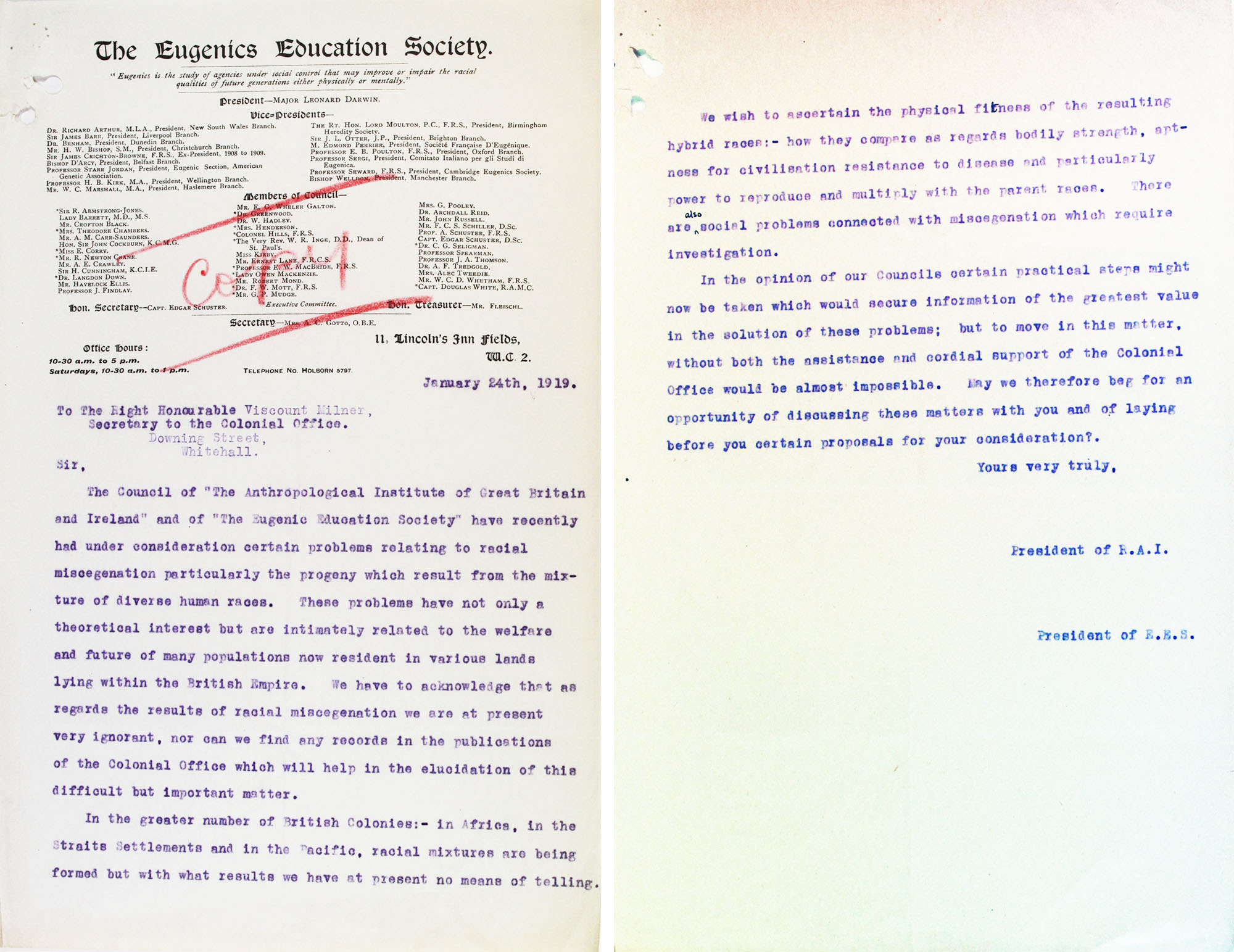 To the Right Honourable Viscount Milner,

Secretary to the Colonial Office,

The Council of “The Anthropological Institute of Great Britain and Ireland” and of “The Eugenic Education Society” have recently had under consideration certain problems relating to racial miscegenation particularly the progeny which result from the mixture of diverse human races. These problems have not only a theoretical interest but are intimately related to the welfare and future of many populations now resident in various lands lying within the British Empire. We have to acknowledge that as regards the results of racial miscegenation we are at present very ignorant, nor can we find any records in the publications of the Colonial Office which will help in the elucidation [clarification] of this difficult but important matter.

In the greater number of British Colonies:- in Africa, in the Straits Settlements and in the Pacific, racial mixtures are being formed but with what results we have at present no means of telling.

We wish to ascertain the physical fitness of the resulting hybrid races:- how they compare as regards bodily strength, aptness [suitability] for civilisation resistance to disease and particularly power to reproduce and multiply with the parent races. There are also social problems connected with miscegenation which require investigation.

In the opinion of our Councils certain practical steps might now be taken which would secure information of the greatest value in the solution of these problems; but to move in this matter, without both the assistance and cordial support of the Colonial Office would be almost impossible. May we therefore beg for an opportunity of discussing these matters with you and of laying before you certain proposals or your consideration?.