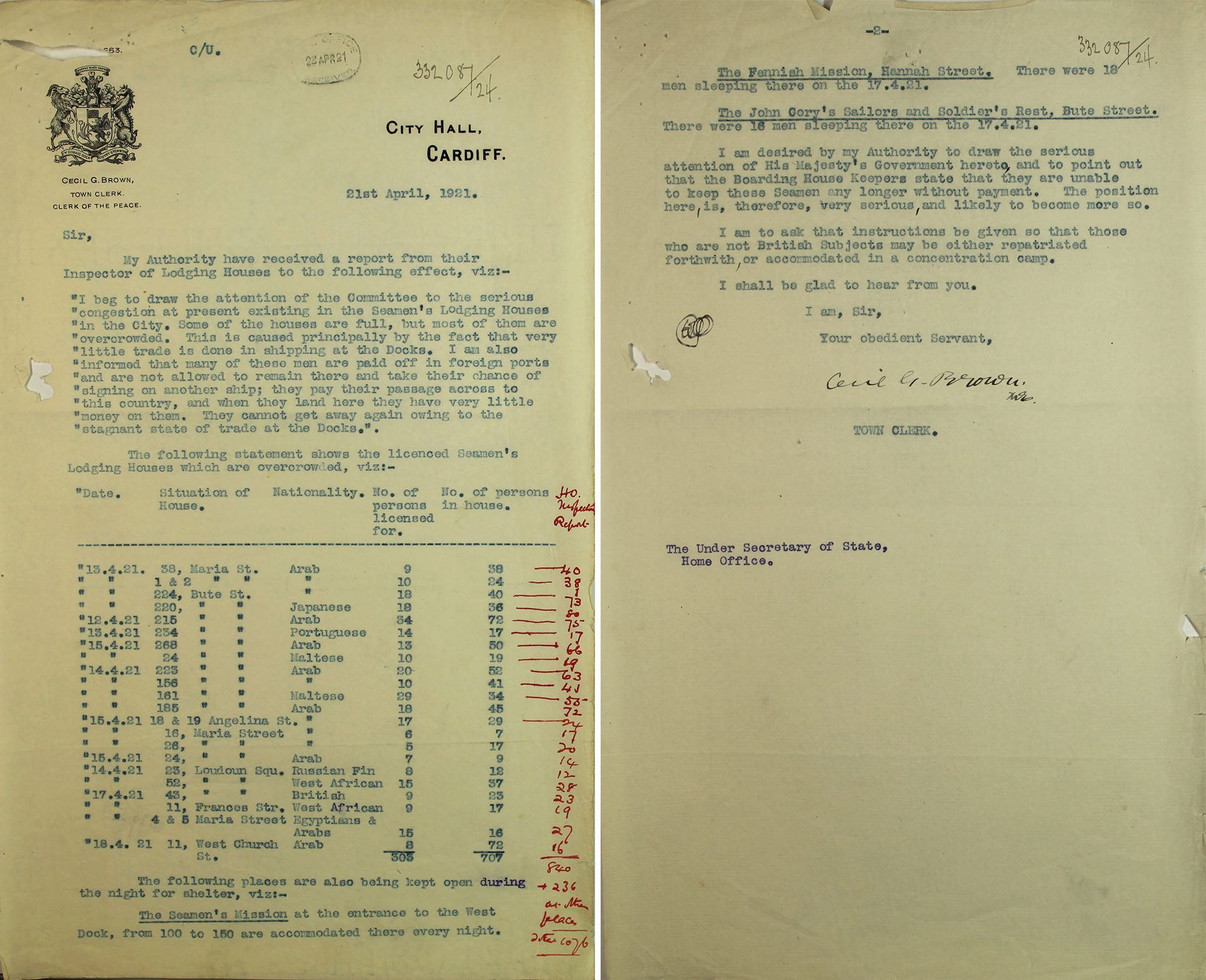 My Authority have received a report from the Inspector of Lodging Houses to the following effect, viz:-

“I beg to draw the attention of the Committee to the serious congestion at present existing in the Seamen’s Lodging Houses in the City. Some of the houses are full, but most of them are overcrowded. This is caused principally by the fact that very little trade is done in shipping at the Docks. I am also informed that many of these men are paid off in foreign ports and are not allowed to remain there and take their chance of signing on another ship; they pay their passage across to this country, and when they land here they have very little money on them. They cannot get away again owing to the stagnant state of trade at the Docks.”

The following statement shows the licensed Seamen’s Lodging Houses which are overcrowded, viz:-

The following places are also being kept open during the night shelter, viz:-

The Seamen’s Mission at the entrance to the West Dock, from 100 to 150 are accommodated there every night.

The Fennish Mission, Hannah Street. There were 18 men sleeping there on the 17.4.21.

The John Cory’s Sailors and Soldier’s Rest, Bute Street. There were 16 men sleeping there on 17.4.21.

I am desired by my Authority to draw the serious attention of His Majesty’s Government hereto and to point out that the Boarding House Keepers state that they are unable to keep these Seamen any longer without payment. The position here is, therefore, very serious, and likely to become more so.

I am to ask that instructions be given so that those who are not British Subjects may be either repatriated forthwith, or accommodated in a concentration camp.

I shall be glad to hear from you.

Look at source 6a.