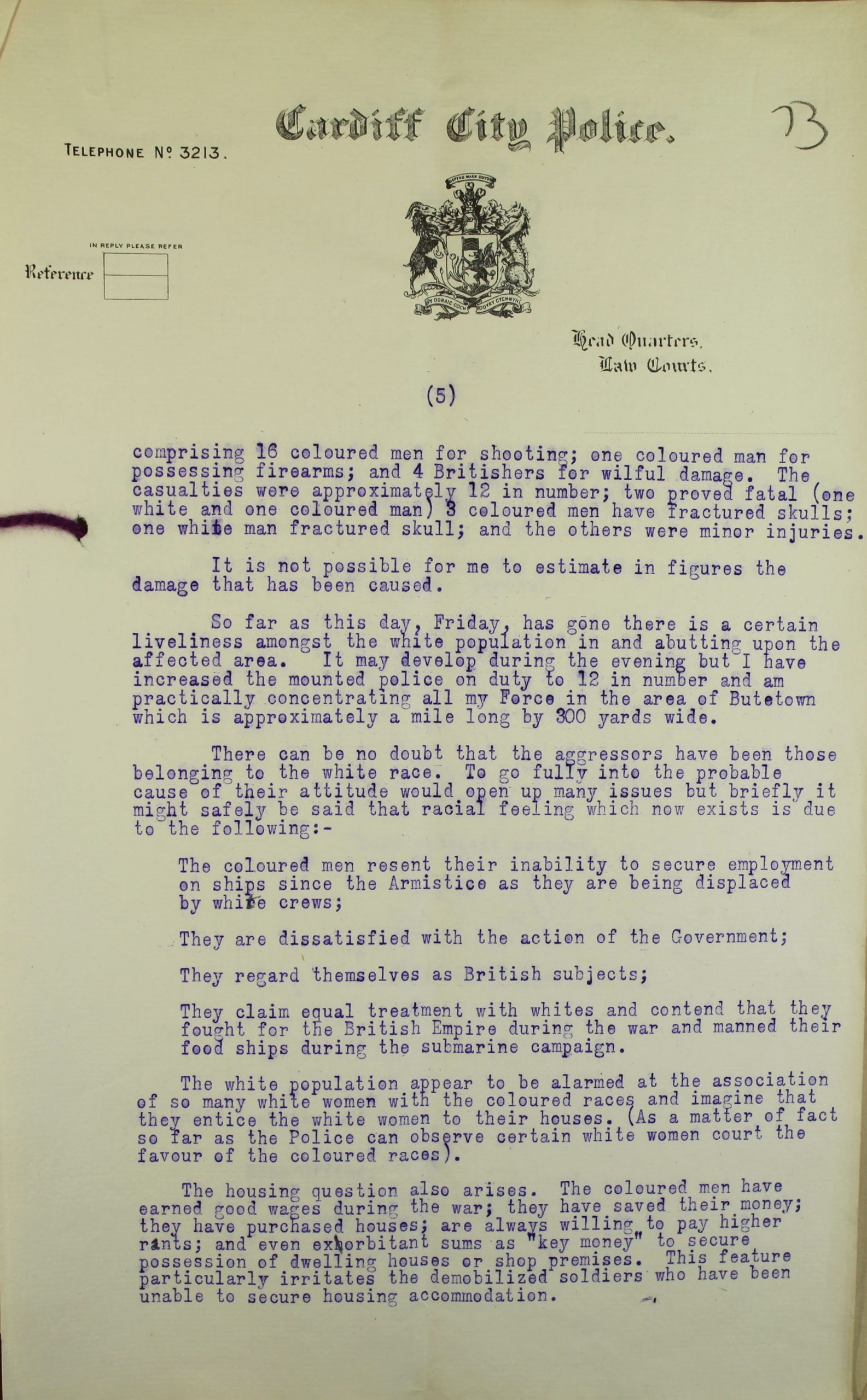 It is not possible for me to estimate in figures the damage that has been caused.

So far this day, Friday, has gone there is a certain liveliness amongst the white population in and abutting upon [next to] the affected area. It may develop during the evening but I have increased the mounted police on duty to 12 in number and am practically concentrating all my Force in the area of Butetown which is approximately a mile long by 300 yards wide.

There can be no doubt that the aggressors have been those belonging to the white race. To go fully into the probable cause of their attitude would open up many issues but briefly it might safely be said that racial feeling which now exists is due to the following: –

The coloured men resent their inability to secure employment on ships since the Armistice as they are being displaced by white crews;

They are dissatisfied with the action of the Government;

They regard themselves as British subjects;

They claim equal treatment with whites and contend that they fought for the British Empire during the war and manned their food ships during the submarine campaign.

The housing question also arises. The coloured men have earned good wages during the war; they have saved their money; they have purchased houses; are always willing to pay higher rents; and even exorbitant [very high] sums as “key money” to secure possessions of dwelling houses or shop premises. This feature particularly irritates the demobilized soldiers who have been unable to secure housing accommodation.