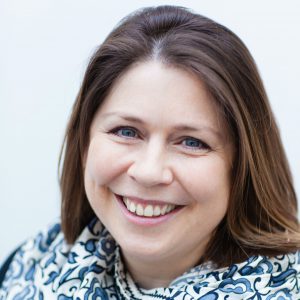 Pip is Head of Research at The National Archives. She has a background in digital editing and book history, focussing first on encoding medieval manuscripts and later on early modern printed books. More recently she has worked on projects linking collections and semantic web technologies, and social machines. She has developed a framework for an experimental humanities, using digital simulation to close-read and explicate interpretation of the archive. Her focus for the past several years has been on multidisciplinary engagement with collections, enabling digital research and innovation. She looks forward to bringing this experience to her work with The National Archives and its Research team.

Before joining The National Archives, Pip spent 13 years at the University of Oxford. She led the University’s Centre for Digital Scholarship since establishing it in 2015, and worked with colleagues in Humanities to develop a research-led Master’s programme in Digital Humanities. She directed the Digital Humanities at Oxford Summer School and was a Senior Researcher at the Oxford e-Research Centre.

Pip has degrees in English Language and Literature, and in Anglo-Saxon Studies. She is currently serving her third elected term on the Board of Directors of the Text Encoding Initiative Consortium. She is a member of Wolfson College, University of Oxford, a Visiting Lecturer and Special Advisor on Digital Scholarship and e-Research at the South African Centre for Digital Languages Resources, and serves on of the advisory boards of the John Rylands Research Institute, the Quill Project, and the Royal Historical Society Digital Sub-Committee.