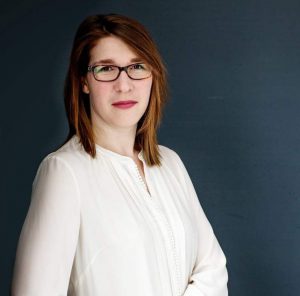 Jessamy is the Family and Local History Engagement Lead at The National Archives and is currently working on public engagement for the forthcoming release of the 1921 Census in 2022. Previously she developed public engagement partnerships in the Events & Exhibitions team, notably running the First World War 100 programme between 2015 and 2018, and worked on the 20-Year Rule Project in Archive Sector Development. She has worked at The National Archives since 2008.

Jessamy has a degree in Medieval Studies from Birmingham, and a Masters degree in Archive Administration from the University of Wales (Aberystwyth). She was awarded a Clore Fellowship in 2010, and is a Registered Member of the Archives & Records Association. She has been a fellow of the Royal Society of Arts since 2011. She is currently undertaking a PhD in Sociology at the University of Essex. She is Associate Staff at the Centre for Archival and Information Studies at the University of Dundee, and is on the Advisory Group for the ESRC funded ‘Victims’ Access to Justice through English Criminal Courts, 1675 to the present’ project.

Jessamy is interested in 20th-century British social welfare history, especially in the juvenile courts and the associated systems and institutions. She also works extensively on family and local history, and welcomes enquiries from anyone working on key sources for these areas of research. She has previously worked on a number of projects at The National Archives relating to legal records, from the late 18th century onwards.

‘An introduction to sources for Anglican Clergymen’