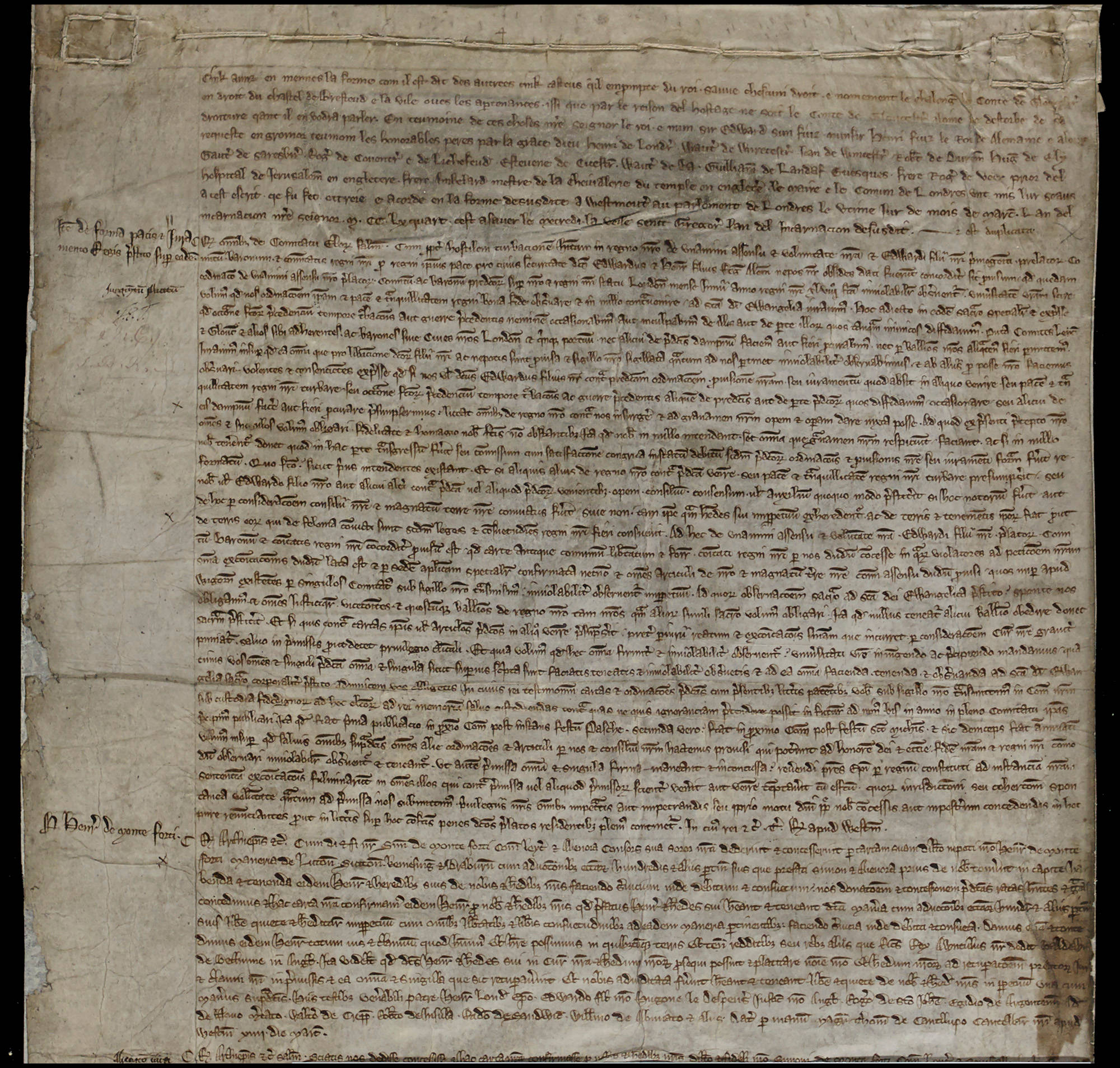 This is the form of peace commonly agreed upon and approved by the lord king and the Lord Edward his son and all the great men and the community of the whole realm of England:

This ordinance was made in parliament, which met at London on 24 June, for preserving the peace of the realm. It shall remain in peace until the king and the barons reach a permanent agreement. If this agreement is not reached then this ordinance will last for the life of the king.

This agreement is a temporary measure until de Montfort and the king can reach a lasting agreement. De Montfort defeated Henry at the Battle of Lewes in May and has held Henry and his son Edward prisoner since the battle. This document essentially gave all of the king’s power to de Montfort and a council of barons. It was approved by the ‘community’ of England – four knights of each shire as well as leading rebel barons. But is this evidence of de Montfort’s commitment to good government or of him scheming to take over the throne?

How many councillors would advise the king?

Incorrect, I’m afraid... Why don’t you try studying the document and listening to the transcript again?