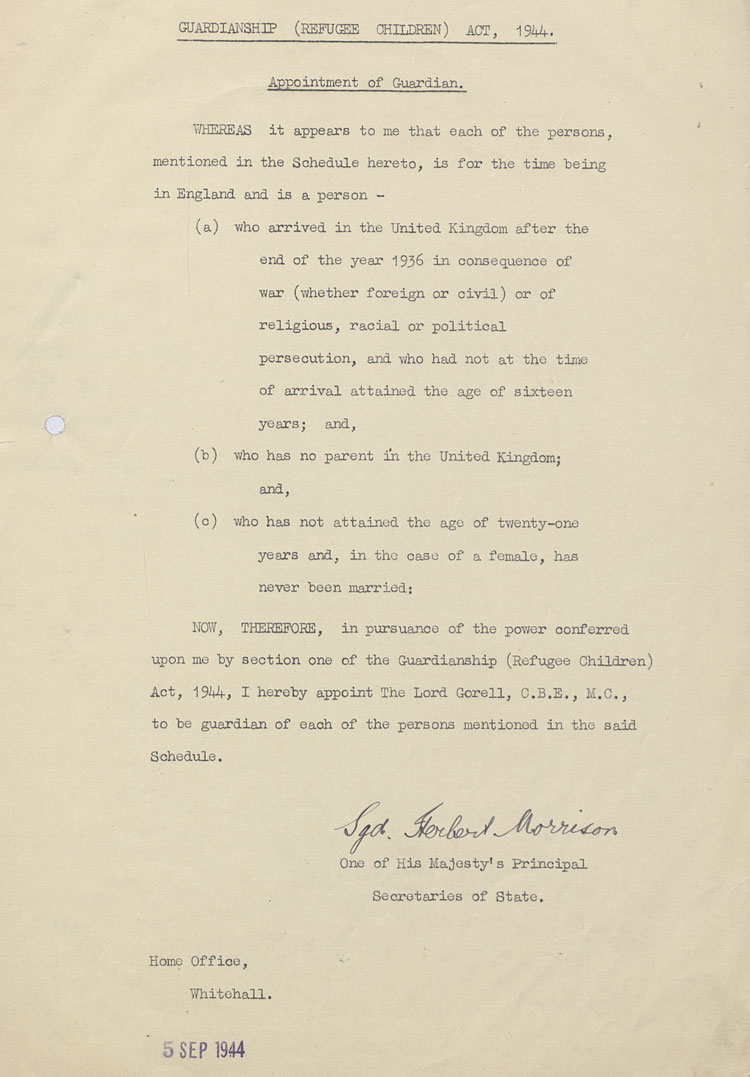 WHEREAS it appears to me that each of the persons, mentioned in the Schedule hereto, is for the time being in England and is a person –

(a) who arrived in the United Kingdom after the
end of the year 1936 in consequence of
war (whether foreign or civil) or of
religious, racial or political
persecution, and who had not at the time
of arrival attained the age of sixteen
years; and,
(b) who has no parent in the United Kingdom;
and,
(c) who has not attained the age of twenty-one
years and, in the case of a female, has
never been married;

NOW, THEREFORE, in pursuance of the power conferred upon me by section one of the Guardianship (Refugee Children) Act, 1944, I hereby appoint The Lord Gorell, C.B.E., M.C., to be guardian of each of the persons mentioned in the said Schedule.

Sgn. Herbert Morrison
One of His Majesty’s Principal
Secretaries of State