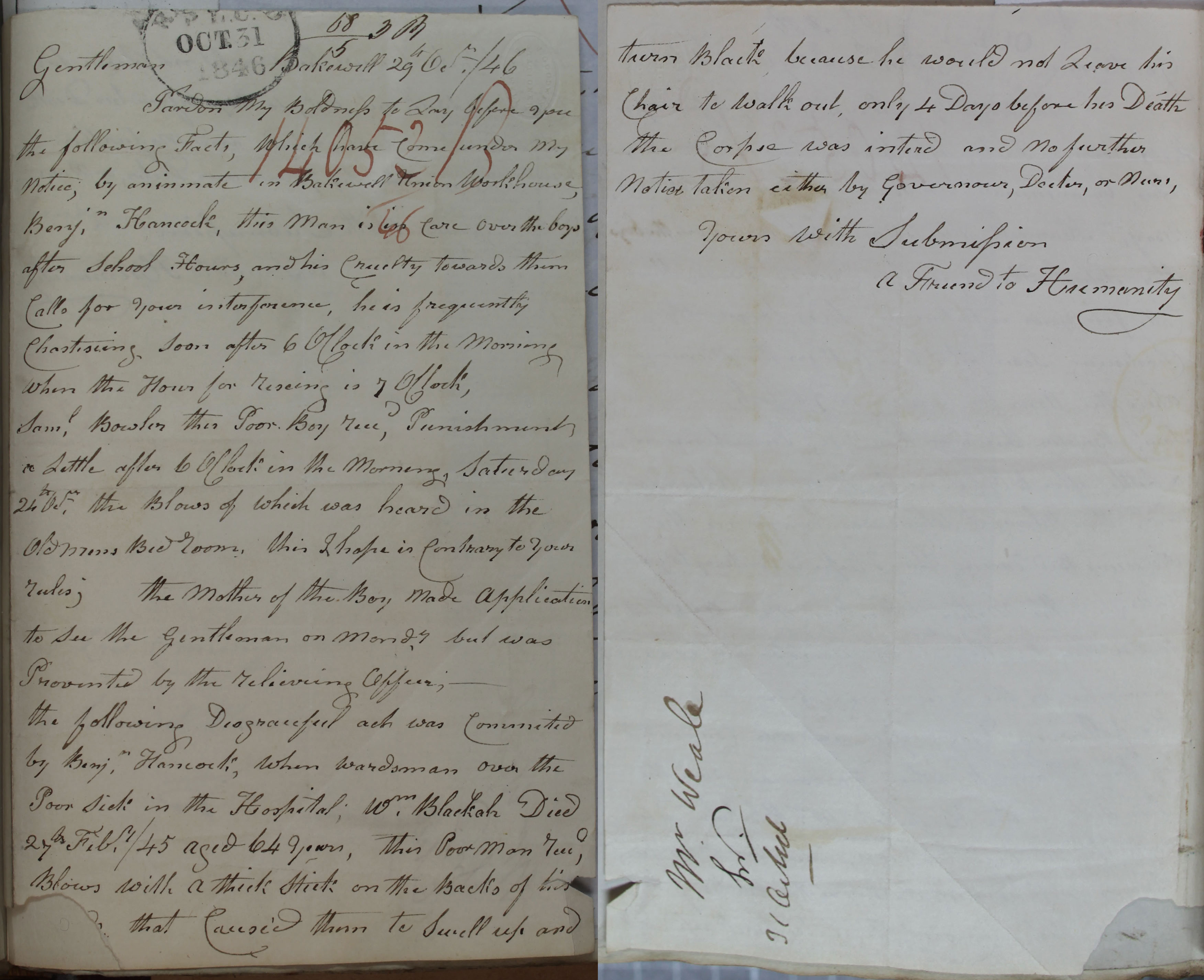 This is a letter written on behalf of workhouse inmates against the brutality of the workhouse, 9 October 1846.  In was actually written by a pauper, Robert Marples, who lost the position, Hancock, mentioned in the letter, now occupies according to a later Assistant Commissioner’s report. Catalogue ref: MH12/1801

Pardon my boldness to say before you the following facts, which have come under my notice, by an inmate in Bakewell Union Workhouse, Benjamin Hancock. This man is in care over the boys after school hours, and his cruelty towards them calls for your interference. He is frequently chastising [beating], soon after 6 o’ clock in the morning, when the hours for rising is 7 0’ clock,  Samuel Bowler, this poor boy received punishment a little after 6 0’clock in the morning. [On] Saturday 24th October the blows of which was heard in the old men’s bedroom. This, I hope is contrary [against] to your rules; the mother of the boy made [an] application to see the gentleman on Monday but was prevented by the relieving Officer. The following disgraceful act was committed by Benjamin Hancock, when [he was] wards man over the poor sick in the hospital:  William Blackah died 27th February 1845 aged 64 years. This poor man received blows with a thick stick on the backs of his hands that caused them to swell up and turn black because he would not leave his chair to walk out, only 4 days before his death the corpse was buried and no further notice taken either by Governors, Doctor, or [Nuns],

A Friend of Humanity