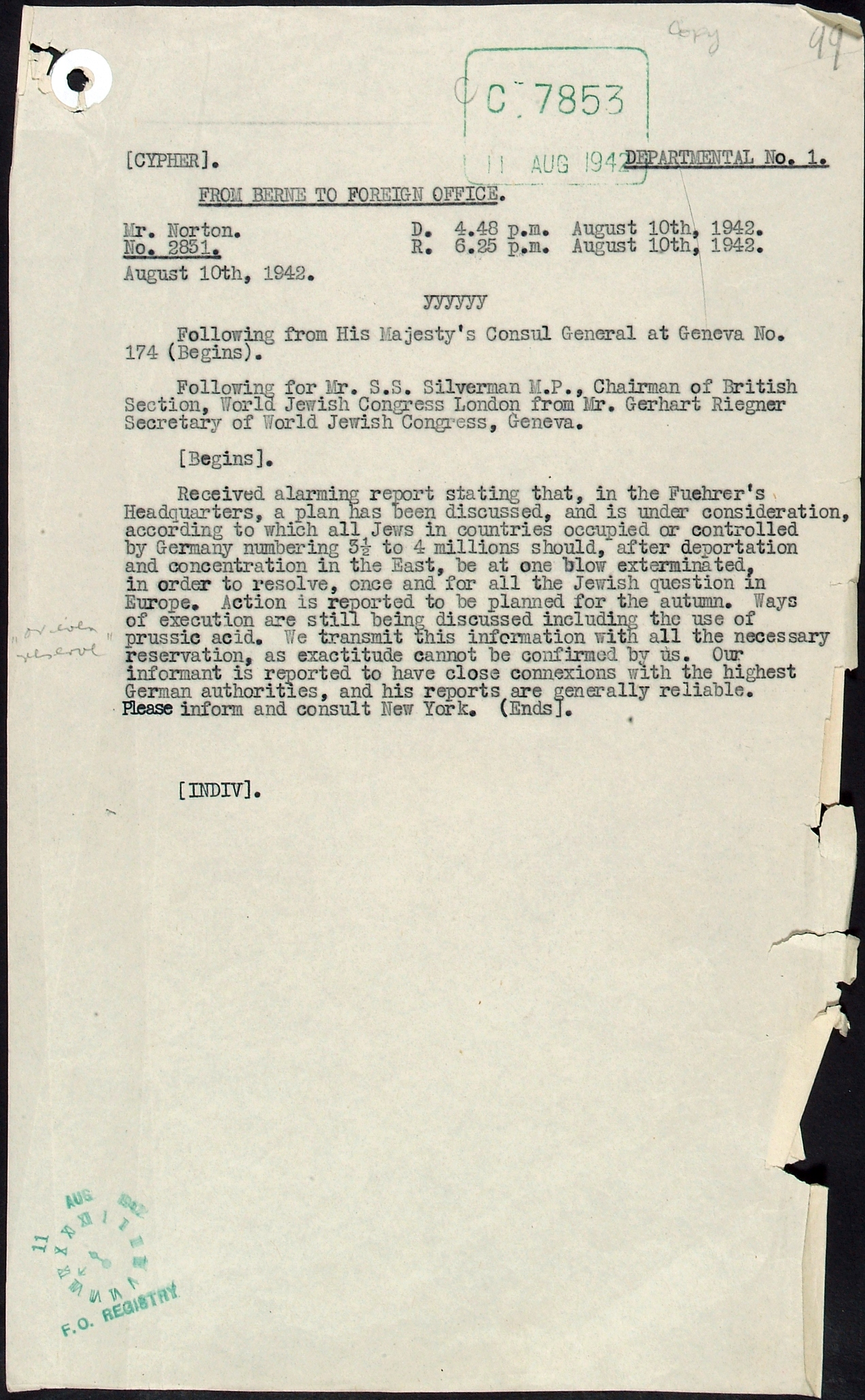 Telegram from Mr Gerhart Riegner to Mr S S Silverman, both of the World Jewish Congress, regarding rumours of the extermination of Jews in Concentration Camps (catalogue reference FO 371/30917)

FROM BERNE TO FOREIGN OFFICE.

Following from His Majesty’s Consul General at Geneva No. 174 (Begins).

Received alarming report stating that, in the Fuehrer’s Headquarters, a plan has been discussed, and is under consideration, according to which all Jews in countries occupied or controlled by Germany numbering 3 1/2 to 4 millions should, after deportation and concentration in the East, be at one blow exterminated, in order to resolve, once and for all the Jewish question in Europe. Action is reported to be planned for the autumn. Ways of execution are still being discussed including the use of prussic acid. We transmit this information with all the necessary reservation, as exactitude cannot be confirmed by us. Our informant is reported to have close connexions with the highest German authorities, and his reports are generally reliable.