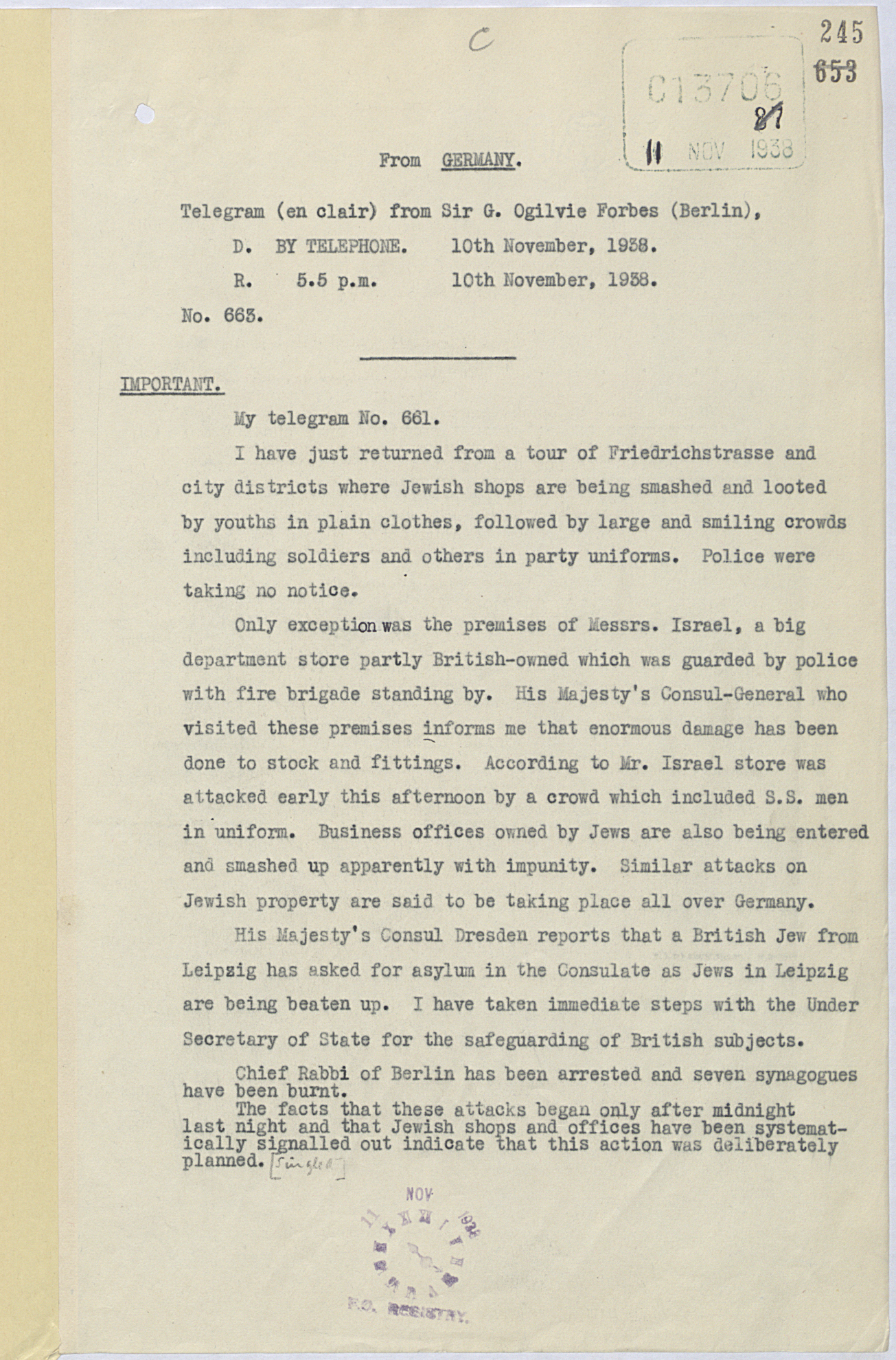 I have just returned from a tour of Friedrichstrasse and city districts where Jewish shops are being smashed and looted by youths in plain clothes, followed by large and smiling crowds including soldiers and others in party uniforms. Police were taking no notice.

Only exception was the premises of Messrs. Israel, a big department store partly British-owned which was guarded by police with fire brigade standing by. His Majesty’s Consul-General who visited these premises informs me that enormous damage has been done to stock and fittings. According to Mr. Israel store was attacked early this afternoon by a crowd which included S.S. men in uniform. Business offices owned by Jews are also being entered and smashed up apparently with impunity. Similar attacks on Jewish property are said to be taking place all over Germany.

His Majesty’s Consul Dresden reports that a British Jew from Leipzig has asked for asylum in the Consulate as Jews in Leipzig are being beaten up. I have taken immediate steps with the Under Secretary of State for the safeguarding of British subjects.

Chief Rabbi of Berlin has been arrested and seven synagogues have been burnt.

The facts that these attacks began only after midnight last night and that Jewish shops and offices have been systematically signalled out indicate that this action was deliberately planned.