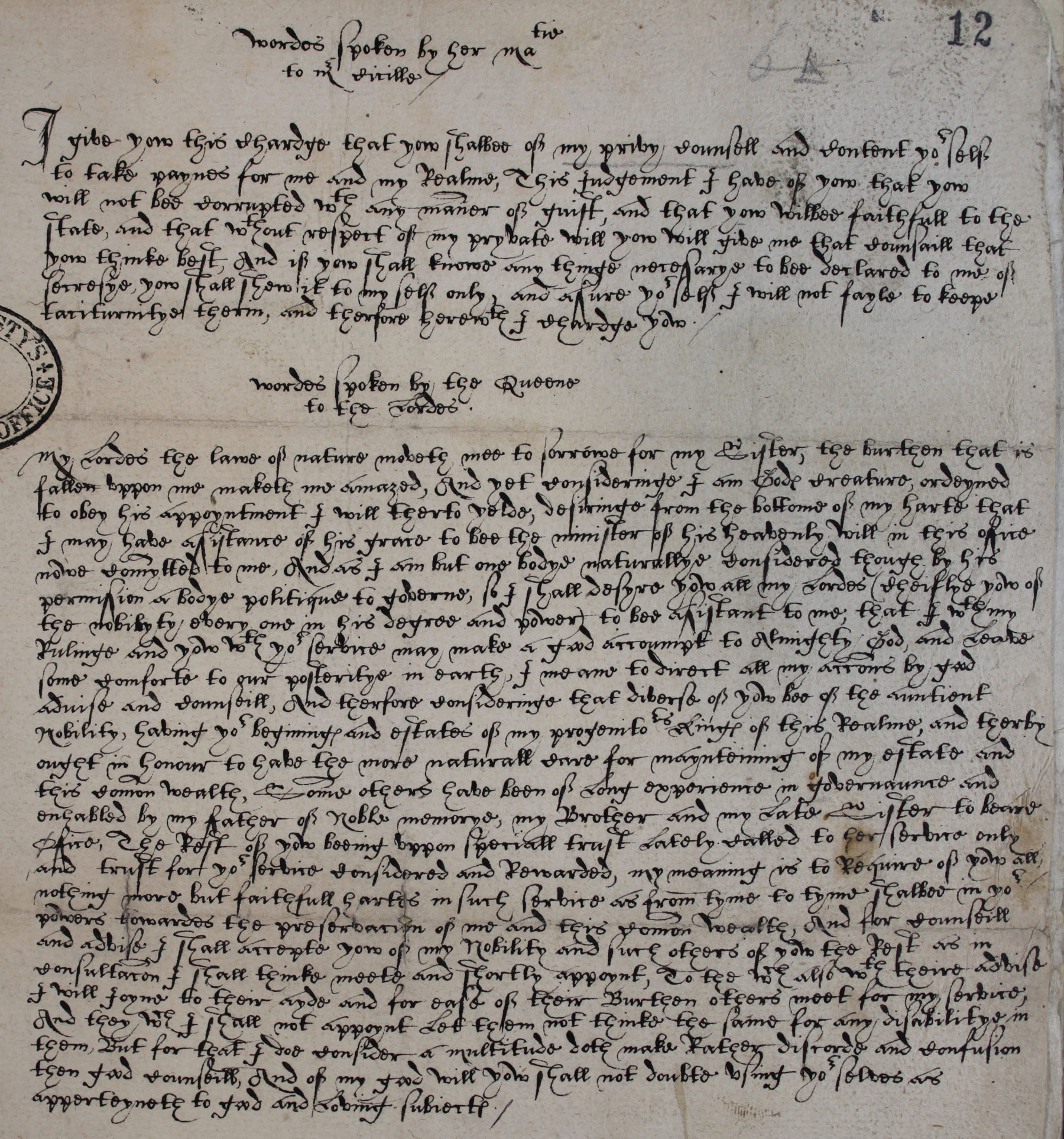 Elizabeth came to the throne on a wave of popular rejoicing. She was the archetypal Tudor princess: flame-haired, charismatic and authoritative. In short, she was exactly what the country needed after the short but brutal reign of her older half-sister, ‘Bloody’ Mary. Elizabeth had received the news of Mary’s death at Hatfield House, where she had been living for several years. Many of the men and women who formed her household there were rewarded with appointments in the new queen’s court and council. First and foremost was Sir William Cecil (later Lord Burghley), whom Elizabeth trusted above all others. Just three days after her accession, she appointed him her principal secretary. It proved an inspired choice. Cecil’s tight control over the finances of the Crown, his leadership of the privy council, and the creation of a highly effective intelligence service under the direction of Francis Walsingham made him the most influential minister for the majority of Elizabeth’s reign. The queen nicknamed him her ‘Spirit’ and relied upon him utterly.

Wordes spoken by her majestie to Mr. Cecille:

I give you this chardge that you shallbe of my privy counsell and content yourself to take paynes for me and my Realme. This judgement I have of you that you will not be corrupted with any manner of gift, and that you wilbee faithful to the state, and that without respect of my pryvate will you will give me that counsaill that you thinke best, And if you shall knowe any thinge necessarye to bee declared to me of secresye, you shall show it to my self only, and assure yourself I will not fayle to keepe taciturnitye therein, and therefore herewith I chardge you.

Wordes spoken by the Queene to the Lordes:

My Lordes the lawe of nature moveth mee to sorrowe for my Sister, the burthen that is fallen upon me maketh me amazed, And yet consideringe I am Gods creature, ordeyned to obey his appoyntment I will therto yelde, desiringe from the bottome of my harte that I may have assistance of his grace to bee the minister of his heavenly will in this office nowe commytted to me, And as I am but one bodye naturallye considered though by his permission a bodye politique to governe, so I shall desyre yow all my Lordes (cheiflye yow of the nobility every one in his degree and power) to bee assistant to me; that I with my rulinge and yow with your service may make a good accoumpt to Almighty God, and leave some comforte to our posteritye in death, I meane to direct all my accions by good advise and counseill, And therfore consideringe that diverse of yow bee of the aintient [ancient] Nobility, having your beginnings and estates of my progenitors kings of this Realme, and therby ought in honour to have the more naturall care for maynteining of my estate and this comon wealthe, Some others have been of Long experience in governaunce and enabled by my father of Noble memorye, my Brother and my Late Sister to beare Office, The rest of yow beeing uppon speciall trust lately called to her service only and trust for your service considered and Rewarded, my meaning is to Require of yow all, nothing more but faithfull hartes in such service as from tyme to tyme shalbee in your powers towards the preservacion of me and this common wealthe, And for counseill and advise I shall accepte yow of my Nobility and suche others of yow the rest as in consultacion I shall thinke meete and shortly appoynt, to the which also with there advise I will joyne to their ayde and for ease of their Burthen others meet for my service; And they which I shall not appoynt let them not thinke the same for any disabilitye in them But for that I doe consider a multitude doth make rather discorde and confusion then good counseill, And of my good will yow shall not doubte using your selves as apperteynethe to good and loving subiectes.