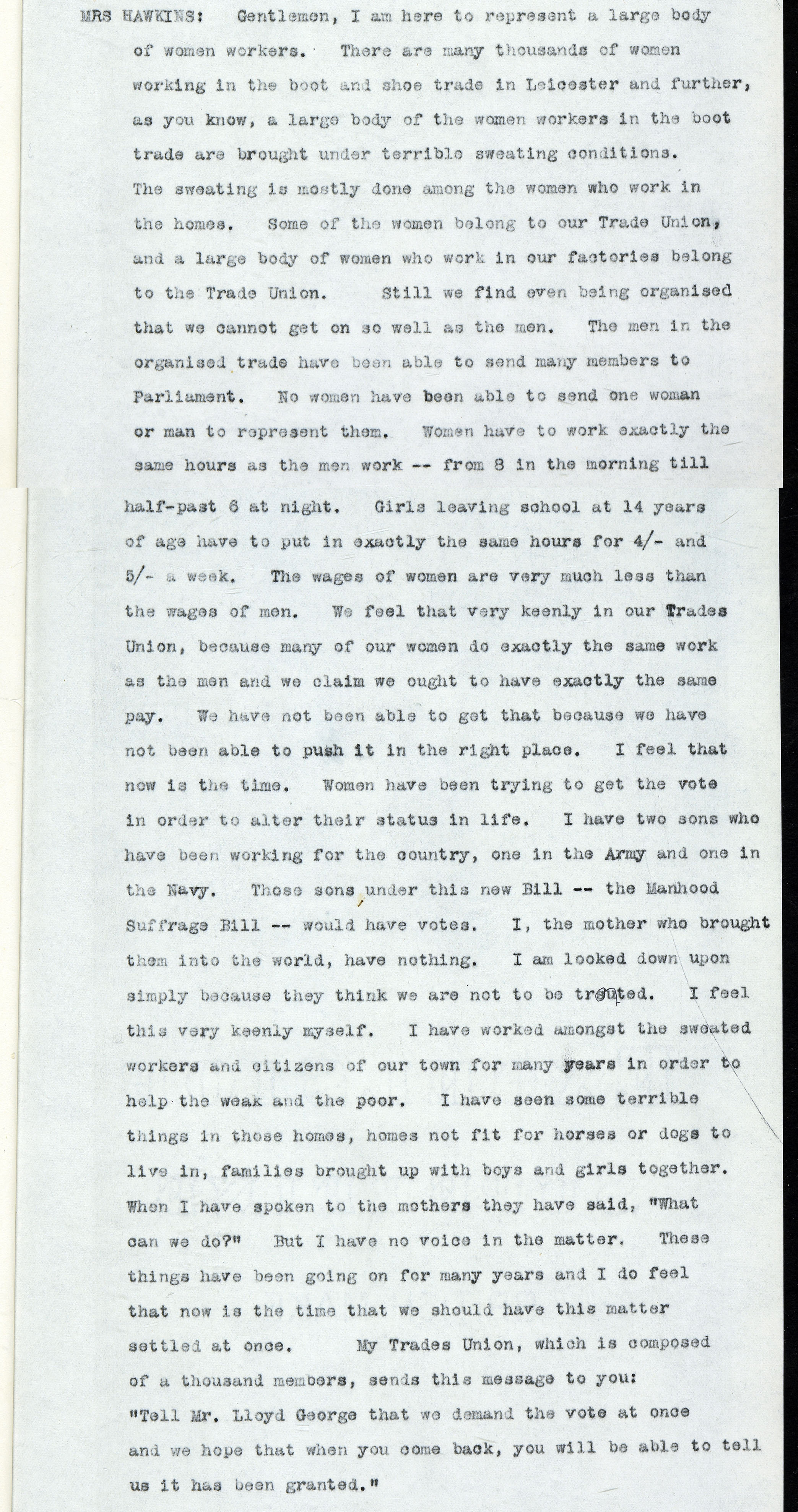 The sweating is mostly done among the women who work in the homes. Some of the women belong to our Trade Union, and a large body of women who work in our factories belong to the Trade Union. Still we find even being organised that we cannot get on so well as the men. The men in the organised trade have been able to send many members to Parliament. No women have been able to send one woman or man to represent them. Women have to work exactly the same hours as the men work — from 8 in the morning till half-past 6 at night. Girls leaving school at 14 years of age have to put in exactly the same hours for 4/- and 5/- a week. The wages of women are very much less that the wages of men. We feel that very keenly in our Trades Union, because many of our women do exactly the same work as the men and we claim we ought to have exactly the same pay. We have not been able to get that because we have not been able to push it in the right place. I feel that now is the time. Women have been trying to get the vote in order to alter their status in life. I have two sons who have been working for the country, one in the Army and one in the Navy. Those sons under this new Bill — the Manhood Suffrage Bill — would have votes. I, the mother who brought them into the world, have nothing. I am looked down upon simply because they think we are not to be trusted. I feel this very keenly myself. I have worked amongst the sweated workers and citizens of our town for many years in order to help the weak and the poor. I have seen some terrible things in those homes, homes not fit for horses or dogs to live in, families brought up with boys and girls together. When I have spoken to the mothers they have said “what can we do?” But I have no voice in the matter. These things have been going on for many years and I do feel that now is the time that we should have this matter settled at once. My Trades Union, which is composed of a thousand members, sends this message to you:

“Tell Mr. Lloyd George that we demand the vote at once and we hope when you come back, you will be able to tell us it has been granted.”