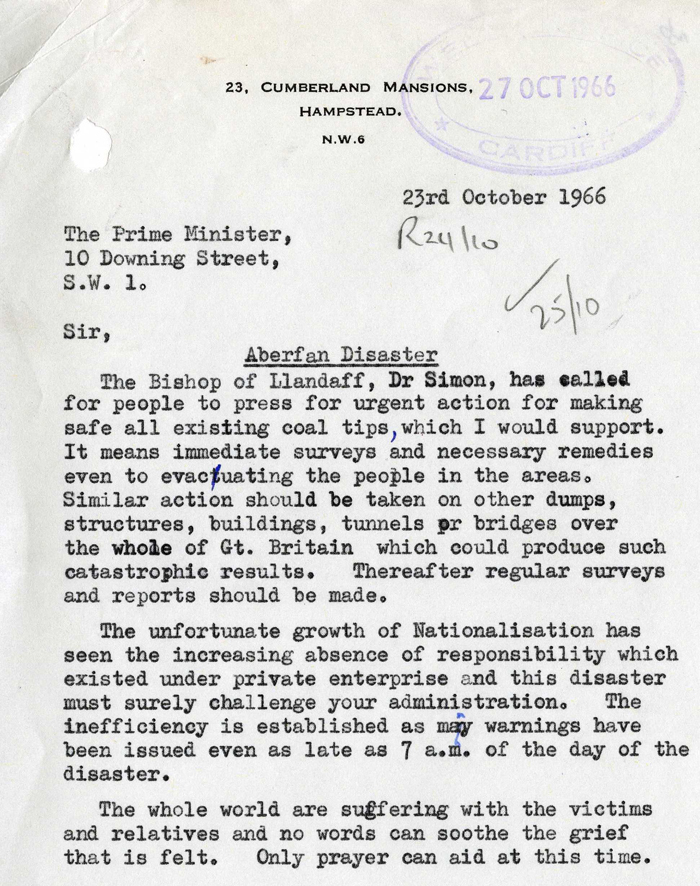 Letter to Prime Minister Harold Wilson from a member of the public after the Aberfan disaster, October 1966 (BD 11/3781)

Sir,
Aberfan Disaster
The Bishop of Llandaff, Dr Simon, has said for people to press for urgent action for making safe all existing coal tips, which I would support. It means immediate surveys and necessary remedies even to evacuating the people in the areas. Similar action should be taken on other dumps, structures, buildings, tunnels or bridges over the whole of Gt [Great] Britain which could produce such catastrophic results. Thereafter regular surveys and reports should be made.

The unfortunate growth of Nationalisation has seen the increasing absence of responsibility which existed under private enterprise and this disaster must surely challenge your administration. The inefficiency is established as many warnings have been issued even as late as 7a.m.of the day of the disaster.

The whole world are suffering with the victims and relatives and no words can soothe the grief that is felt. Only prayer can aid at this time.