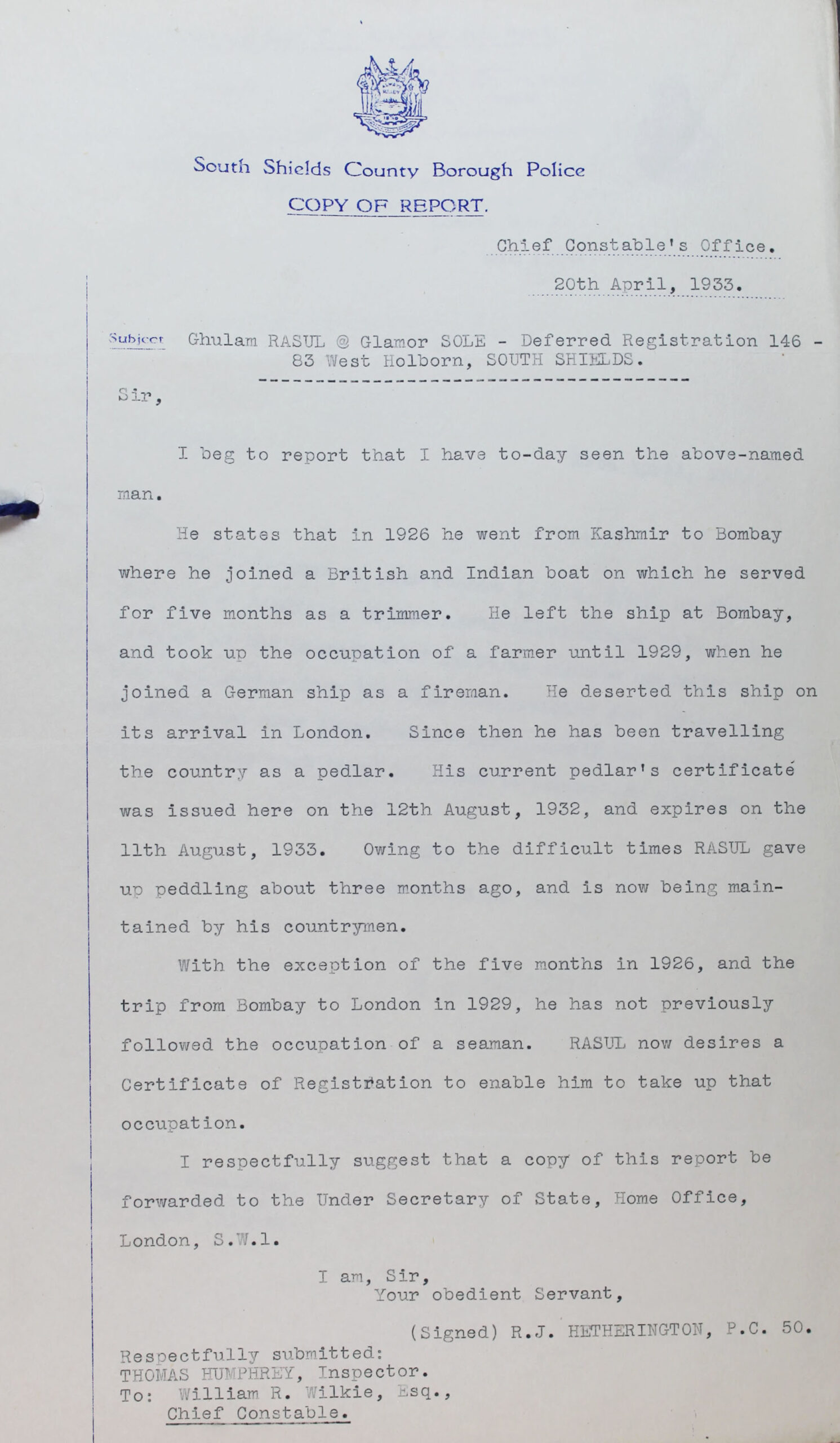 Document (a) about seafarer Ghulam Rasul.

I beg to report that I have to-day seen the above-named man.

He states that in 1926 he went from Kashmir to Bombay where he joined a British and Indian boat on which he served for five months as a trimmer. He left the ship at Bombay, and took up the occupation of a farmer until 1929, when he joined a German ship as a fireman. He deserted this ship on its arrival in London. Since then he has been travelling this country as a pedlar. His current pedlar’s certificate was issued here on 12th August, 1932, and expires on the 11th August, 1933. Owing to the difficult times RASUL gave up peddling about three months ago, and is now being maintained by his countrymen.

With the exception of the five months in 1926, and the trip from Bombay to London in 1929, he has not previously followed the occupation of a seaman. RASUL now desires a Certificate of Registration to enable him to take up that occupation.

I respectfully suggest that a copy of this report be forwarded to the Under Secretary of State, Home Office, London, S. W. 1.