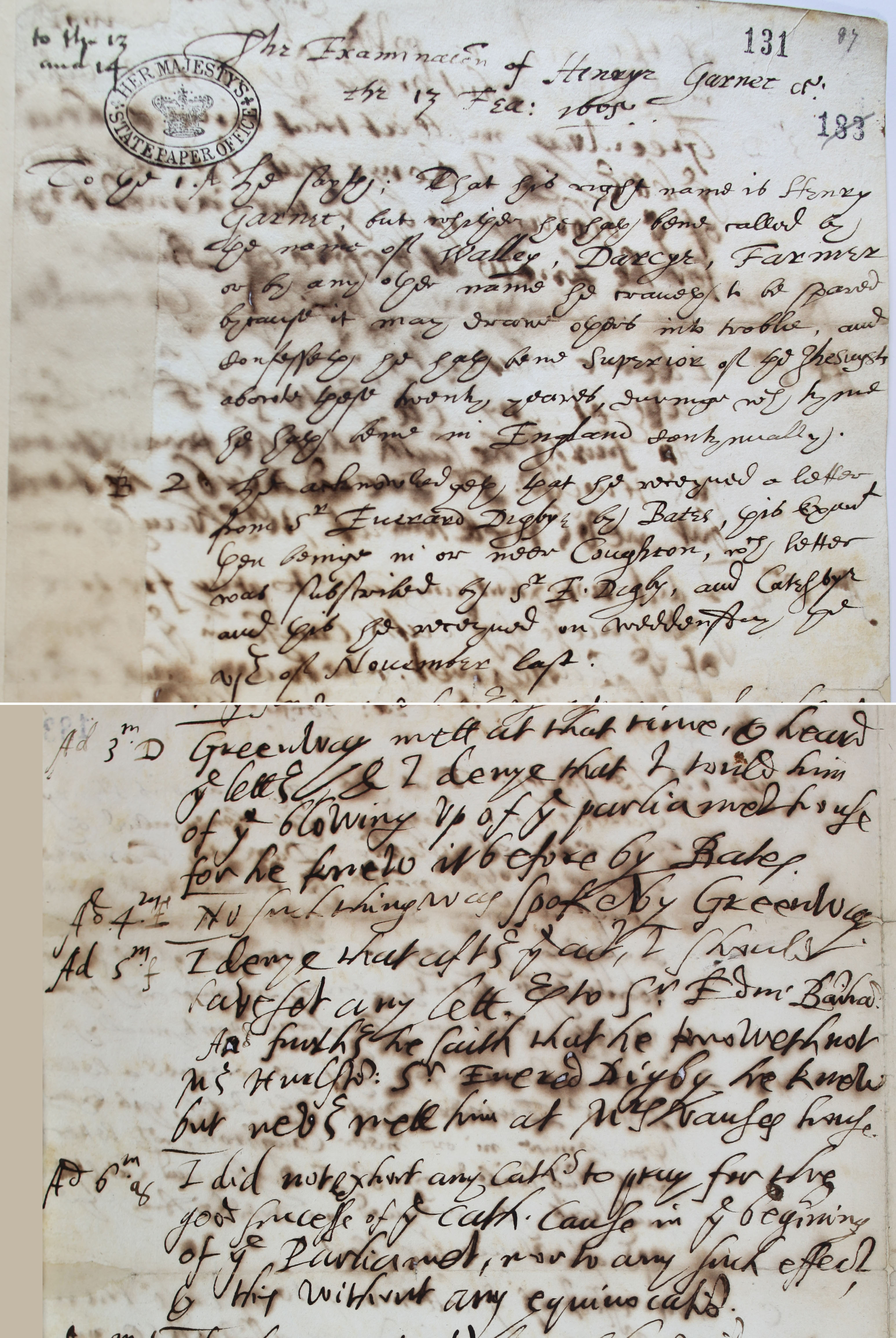 Henry Garnet was one of those accused of involvement in the Gunpowder Plot. This source is his ‘examination’ (i.e. his answers to a set of questions) and shows his attempts to deny his involvement in the events, 13 February, 1606 (catalogue ref: SP 14/18 ff. 131-132)

To the (1) he says: That his right name is Henry Garnet, but whether he hath been called by the name of Walley, Darcy, Farmer or by any other name he craves to be spared because it may draw others into trouble, and confessed he hath been superior of the Jesuits about these twenty years during which time he hath been in England continually.

(2) He acknowledged that he received a letter from Sir Everard Digby by Bates, this Examinant then being in or near Coughton [Warwickshire], which letter was subscribed by Sir E Digby and Catesby and this he received on Wednesday the 6th of November last…

(3) Greenway met at that time, & heard the letter and I deny that I told him of the blowing up of the Parliament house for he knew it before by Bates.

(4) No such thing was spoken by Greenway.

(5) I deny that after the act I should have set any letter up to Sir Edmund Baynham. And further he said that he knows not Mrs Hurlston, Sir Everard Digby, he knew but never met him at Mrs Nauses House.

(6) I did not exhort any letters to pray for the good success of the Catholic Cause in the beginning of the Parliament, nor to any such effect, and this without any equivocates [i.e. without any doubt]