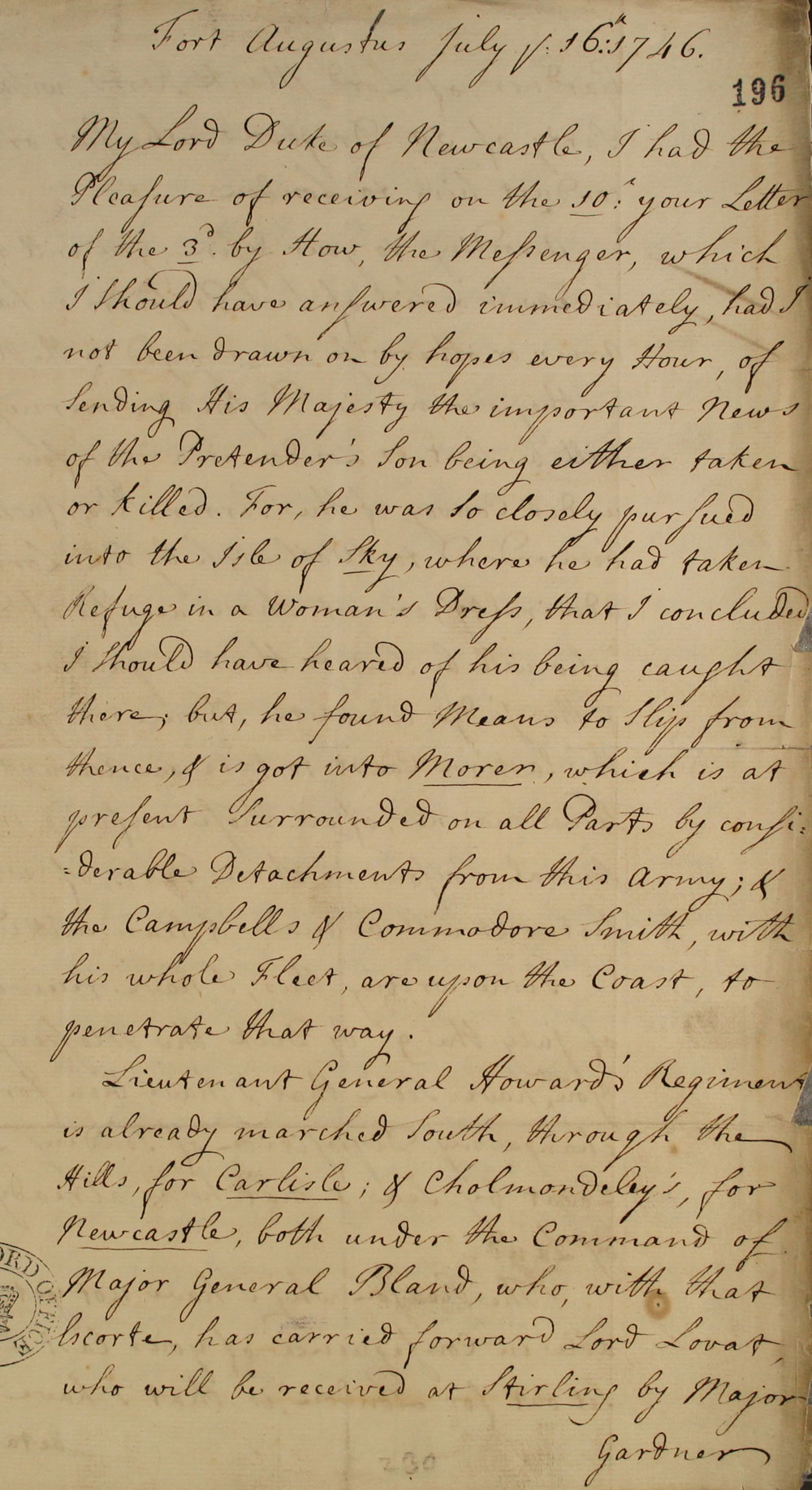 Extract of a letter from the Duke of Cumberland to Secretary Newcastle on having his return to London delayed by the pursuit of Charles Edward to Skye after Culloden, July 16 1746 (SP 54/32/49A).

My Lord Duke of Newcastle, I  had the Pleasure of receiving on the 10th your letter of the 3rd by How, the Messenger, which I should have answered immediately, had I not been drawn on by hopes every Hour of sending His Majesty the important News of the Pretenders son being either taken or killed. For, he was so closely pursed into the Island of Sky, where he had taken Refuge in a woman’s Dress, that I concluded I should have heared of his being caught there, but he found means to slip from thence, & is got into Moren, which is at present surrounded on all Parts by considerable Detachments from this army & the Campbells & Commodore Smith, with his whole Fleet, are upon the Coast, to penetrate that way.

Lieutenant General Howard’s Regiment is already marched South, through the Hills, for Carlisle; & Cholmondeley’s, for Newcastle both under the Command of Major General Bland, who with that Escorte, has carried forward Lord Lovat, who will be received at Stirling by Major Gardner.