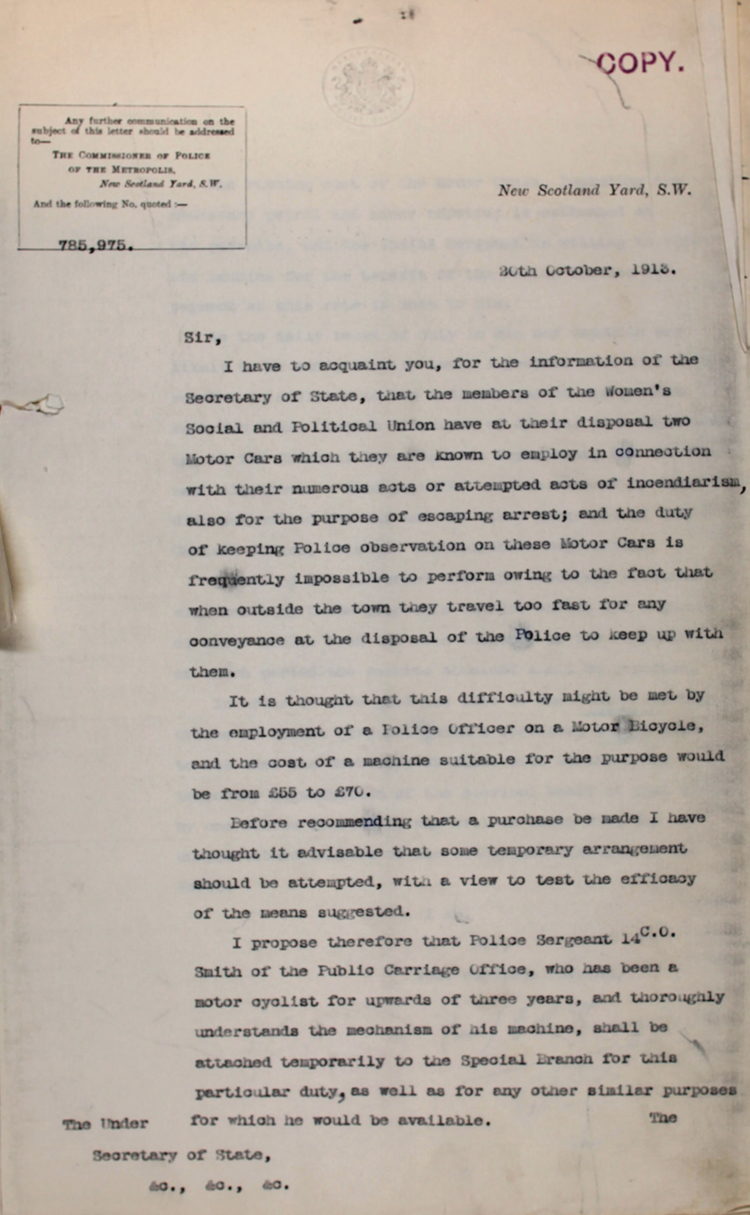 Extract from a letter to the Under Secretary of State from the Commissioner of the Metropolitan Police, 20 October 1913 (MEPO 2/1566)

I have to acquaint you, for the information of the Secretary of State, that the members of the Women’s Social and Political Union have at their disposal two Motor Cars which they are known to employ in connection with their numerous acts or attempted acts of incendiarism [acts planned to cause fires], also for the purpose of escaping arrest; and the duty of keeping Police observation on these Motor Cars is frequently impossible to perform owing to the fact that when outside the town they travel too fast for any conveyance [means of transport] at the disposal of the police to keep up with them.

It is thought that this difficulty might be met by the employment of a Police Officer on a Motor Bicycle and that the cost of a machine suitable for the purpose would be £55 to £70.

Before recommending that a purchase be made I have thought it advisable that some temporary arrangement should be attempted, with a view to test the efficacy [value] of the means suggested.

I propose therefore that Police Sergeant 14.C.O Smith of the Public Carriage Office, who has been a motor cyclist for upwards of three years, and thoroughly understands the mechanism of his machine, shall be attached temporarily to the Special Branch for this particular duty, as well as for any other similar purposes for which he would be available.