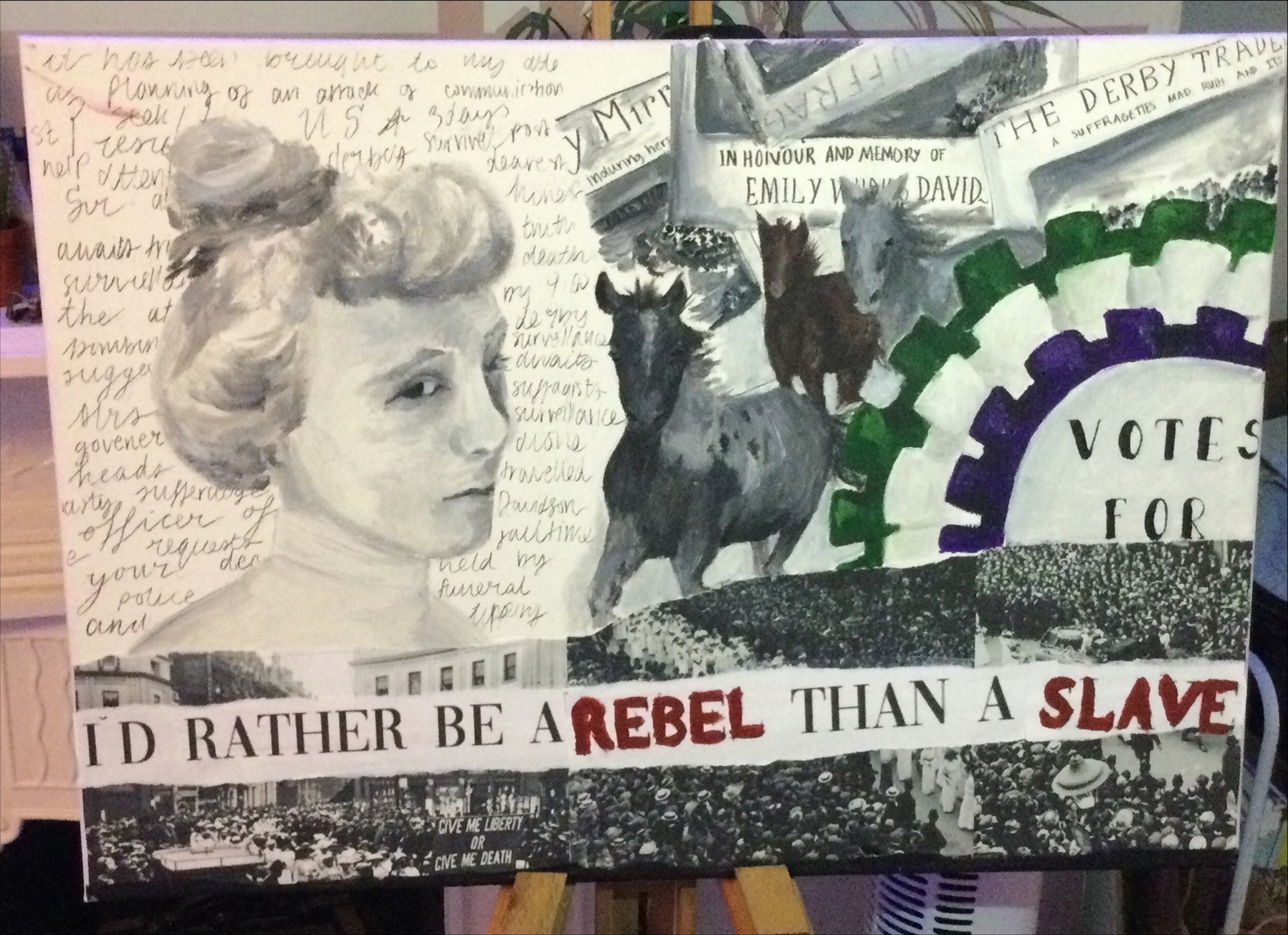 This is a very carefully crafted piece of work which successfully combines a variety of different techniques and materials to tell the story Emily Wilding Davison and the suffragette movement. —L.P.

Skilfully drawn portrait with an expression of serene confidence and resolve .This matches the powerful statement of being a ‘rebel’ that was willing to sacrifice her life for a noble cause. —G.B

Amy has taken elements of collage and painting and combined them really well in a convincing account of the protest of Suffragette Emily Wilding Davison who appeared to throw herself under the king’s racehorse at Derby Day. Putting her in the foreground we sense her nervousness as the horses gallop towards her. The limited pallet of the Suffragettes signature colours on the rosette with black and white of the crowd lends Amy’s artwork a serious reportage note reflecting the tragedy of the day. The rosette adds an irony that although we remember the Suffragettes and the emancipation of women because of her actions there were no real winners on that sad day. —S.D.

‘Learning about the suffragettes in school was very inspiring, we had watched the suffragette film which interested me a lot, and led me to do further research. I am most interested in Emily Davidson, and her death at Derby day 1913. Looking into the way media portrayed it, and how powerful the protest was, really inspired me to make this mixed media piece, and the blog on the national archives website really helped me with photos, transcripts and information on the event. I found a specific photo on the blog that showed her funeral. This photo inspired me the most as I think it is so powerful that so many suffragettes and suffragists came together to honour her life after losing it for the campaign.’

Return to Capturing our Collections