This is evidence given by a servant called John Sykes to the local Justice of the Peace. 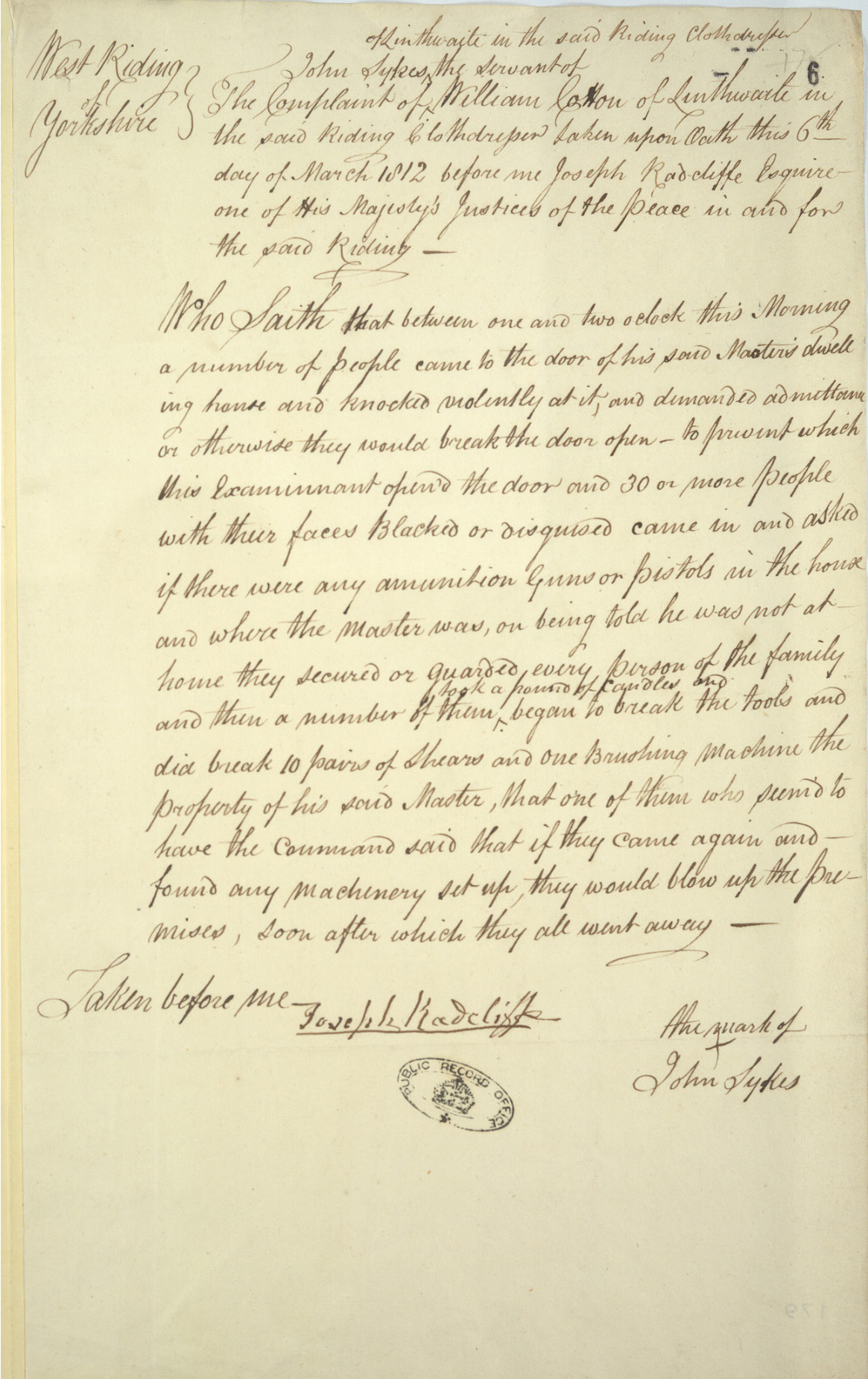 Cloth dresser: person employed in finishing cloth for the market, as napping, shearing, brushing, or pressing.

Who saith [said] that between one and two o clock this Morning a number of people came to the door of his said Master’s dwelling house and knocked violently at it, and demanded admittance or otherwise they would break the door open – to prevent which this Examinnant [witness] opened the door and 30 or more people with their faces blacked or disguised came in and asked

If there were any amunition [ammunition] guns or pistols in the house and where the Master was, on being told he was not at home they secured or guarded every person of the family and then a number of them took a pound of candles and began to break the tools and did break 10 pairs of shears and one brushing machine the property of his said Master, that one of them who seemed to have the command said that if they came again and found any machinery set up, they would blow up the premises, soon after which they all went away –

Taken [sworn on oath] before me – Joseph Radcliffe

The mark of John Sykes