A poster about a fire in Pampisford, Cambridge, December 1830. Catalogue ref: HO 52/6 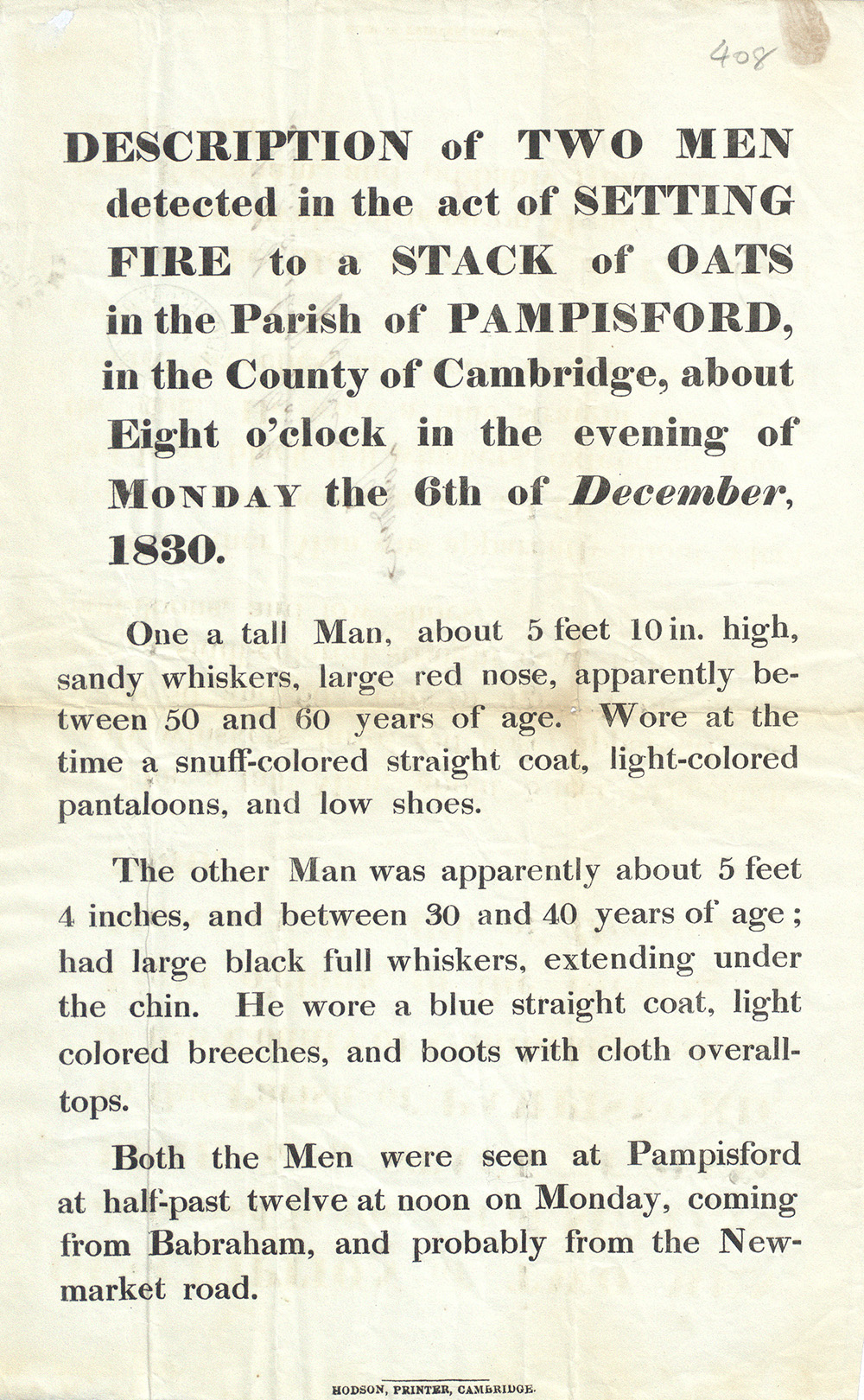 DESCRIPTION of TWO MEN detected in the act of SETTING FIRE to a STACK of OATS in the Parish of PAMPISFORD, in the County of Cambridge, about Eight o’clock in the evening of MONDAY the 6th of December, 1830.

One a tall Man, about 5 feet 10in. high, sandy whiskers, large red nose, apparently between 50 and 60 years of age. Wore at the time a snuff-coloured [yellow/brown colour] straight coat, light-coloured pantaloons [trousers], and low shoes.

The other Man was apparently about 5 feet 4 inches, and between 30 and 40 years of age; had large black full whiskers, extending under the chin. He wore a blue straight coat, light coloured breeches, and boots with cloth overall-tops.

Both the Men were seen at Pampisford at half-past twelve at noon on Monday, coming from Babraham, and probably from the Newmarket road