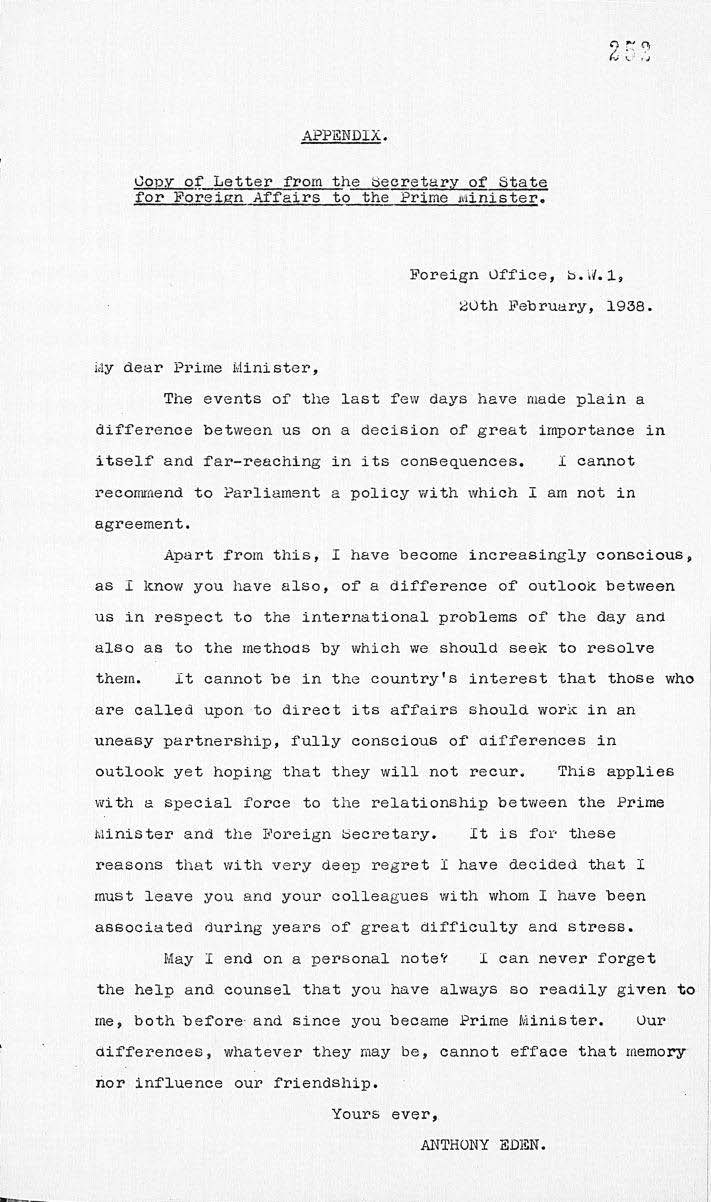 Copy of Letter from the Secretary of State
for Foreign Affairs to the Prime Minister.

The events of the last few days have made plain a difference between us on a decision of great importance in itself and far-reaching in its consequences. I cannot recommend to Parliament a policy with which I am not in agreement.

Apart from this, I have become increasingly conscious, as I know you have also, of a difference of outlook between us in respect to the international problems of the day and also as to the methods by which we should seek to resolve them. It cannot be in the country’s interest that those who are called upon to direct its affairs should work in an uneasy partnership, fully conscious of differences in outlook yet hoping that they will not recur. This applies with a special force to the relationship between the Prime Minister and the Foreign Secretary. It is for these reasons that with very deep regret I have decided that I must leave you and your colleagues with whom I have been associated during years of great difficulty and stress.

May I end on a personal note? I can never forget the help and counsel that you have always so readily given to me, both before- and since you became Prime Minister. Our
differences, whatever they may be, cannot efface that memory nor influence our friendship.

Yours ever,
ANTHONY EDEN.

2. Look at Source 2. This is another letter from Eden to Chamberlain.