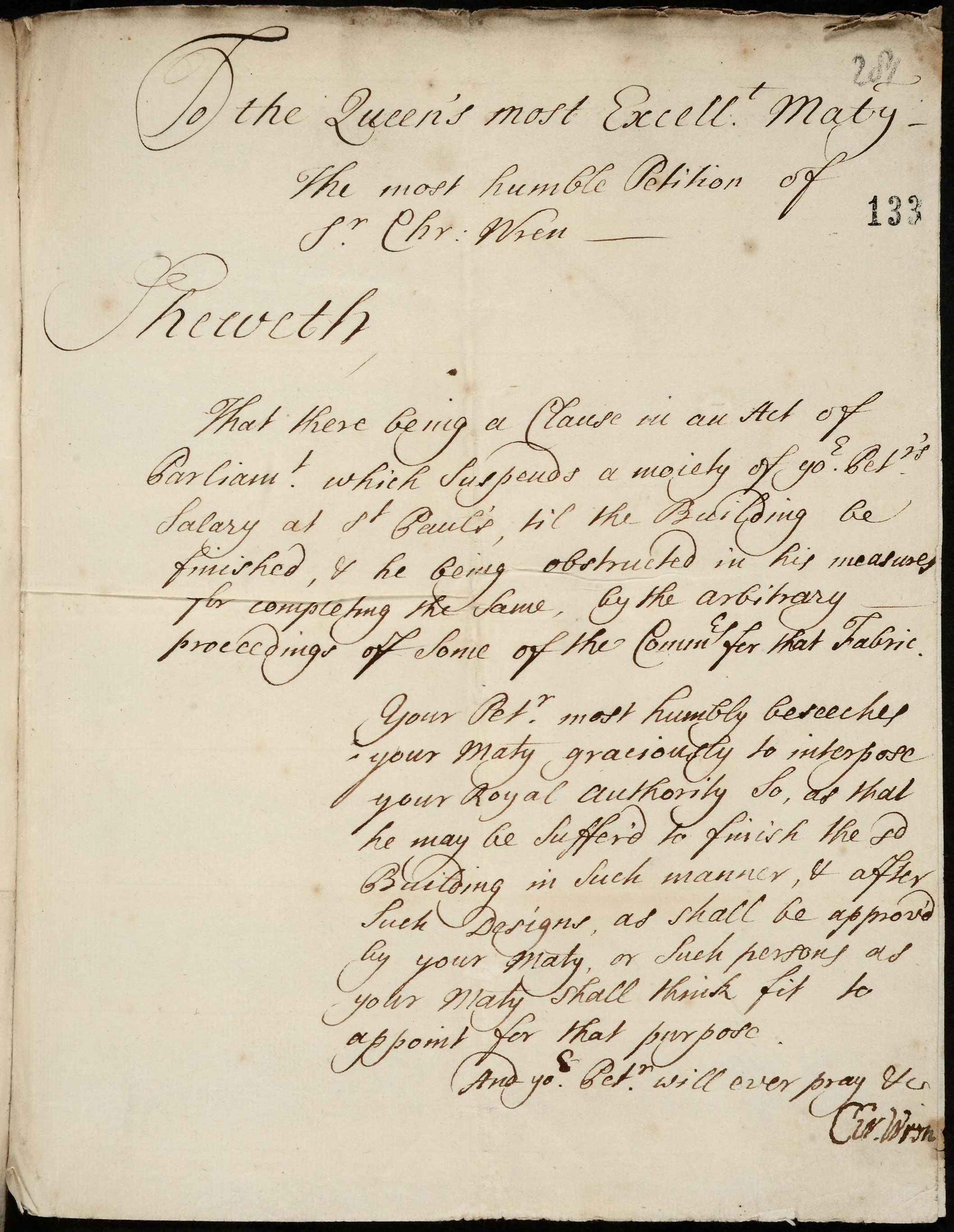 Petition [formal written request] to Queen Anne from Sir Christopher Wren (1632-1723) whilst he was building St Paul’s, 1711. Wren was also a scientist and mathematician as well as an architect who designed numerous churches and buildings after the Great Fire of London in 1666, (Catalogue ref: SP 34/29 f.133)

To the Queen’s most Excellent [Majesty]

The most humble Petition of Sr. Christopher Wren

That there being a Clause in an Act of Parliament which suspends a moiety [half] of [your] [Petitioner’s] salary at St. Pauls, [until] the Building be finished, & he being obstructed in his measures for completing the same, by the arbitrary [dictatorial] proceedings of some of the [committee] for that fabric [building]

Your Petitioner most humbly beseeches your [Majesty] graciously to interpose your Royal authority so as that he may be suffered to finish the [said] Building in such manner, & after such Designs as shall be approved by Your [Majesty] or such persons as Your [Majesty] shall think fit to appoint for that purpose.

And Your Petitioner will ever pray etc.

To her Majesty the Queen

Which points out that:

There is law which says that the second half of my wages will be paid to me when the building of St. Pauls is finished, but I am being stopped from doing so by some bossy people in charge of organising the work.

I am really begging your Majesty to use your power as Queen to sort this out so that I can finish the building in way using plans agreed to by the Queen or anyone else she chooses to ask.

I am always praying for you,