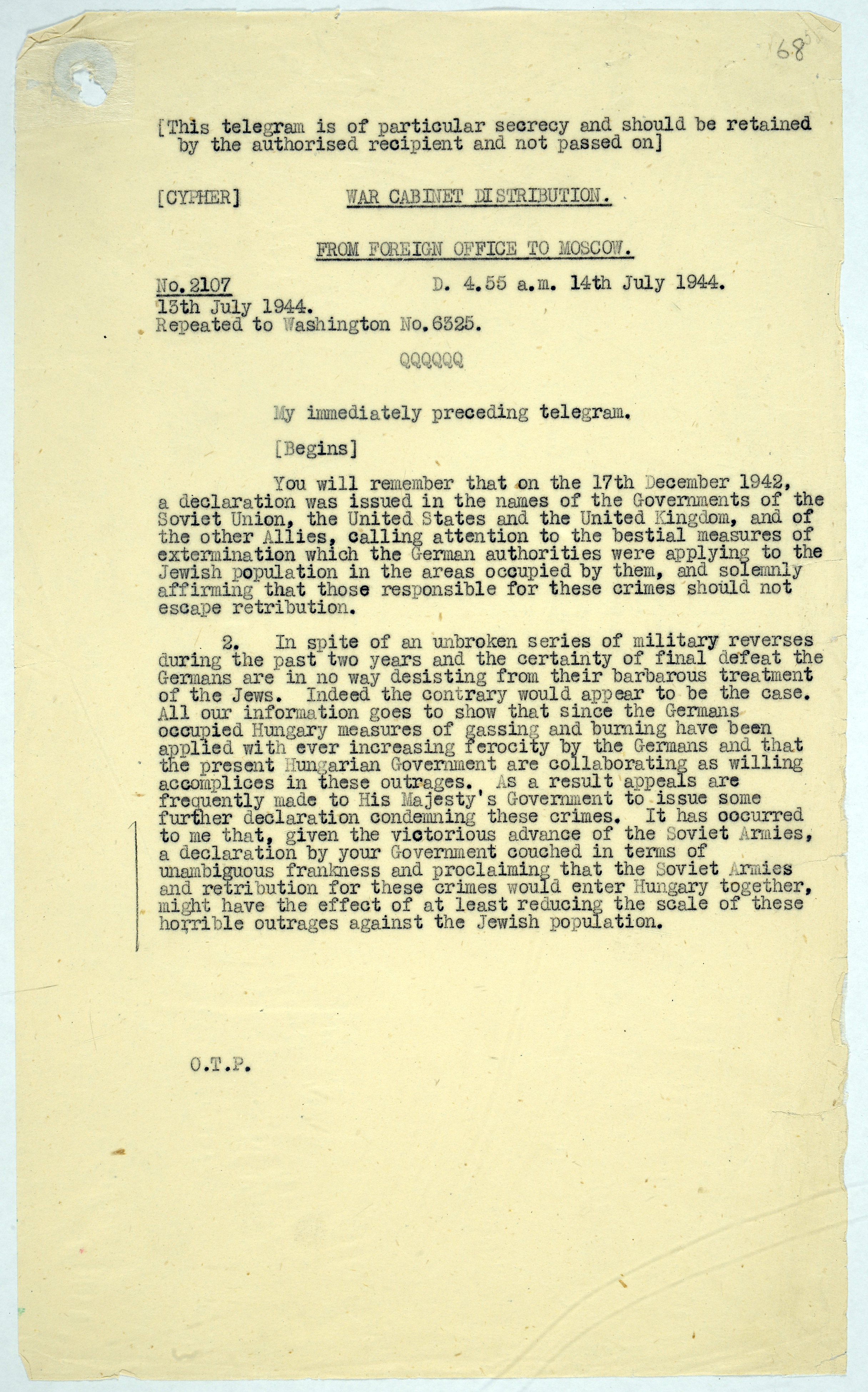 FROM FOREIGN OFFICE TO MOSCOW.

Repeated to Washington No.6325.

You will remember that on the 17th December 1942, a declaration was issued in the names of the Governments of the Soviet Union, the United States and the United Kingdom, and of the other Allies, calling attention to the bestial measures of extermination which the German authorities were applying to the Jewish population in the areas occupied by them, and solemnly affirming that those responsible for these crimes should not escape retribution.

2. In spite of an unbroken series of military reverses during the past two years and the certainty of final defeat the Germans are in no way desisting from their barbarous treatment of the Jews. Indeed the contrary would appear to be the case. All our information goes to show that since the Germans occupied Hungary measures of gassing and burning have been applied with ever increasing ferocity by the Germans and that the present Hungarian Government are collaborating as willing accomplices in these outrages. As a result appeals are frequently made to His Majesty’s Government to issue some further declaration condemning these crimes. It has occurred to me that, given the victorious advance of the Soviet Armies and retribution for these crimes would enter Hungary together, might have the effect of at least reducing the scale of these horrible outrages against the Jewish population.